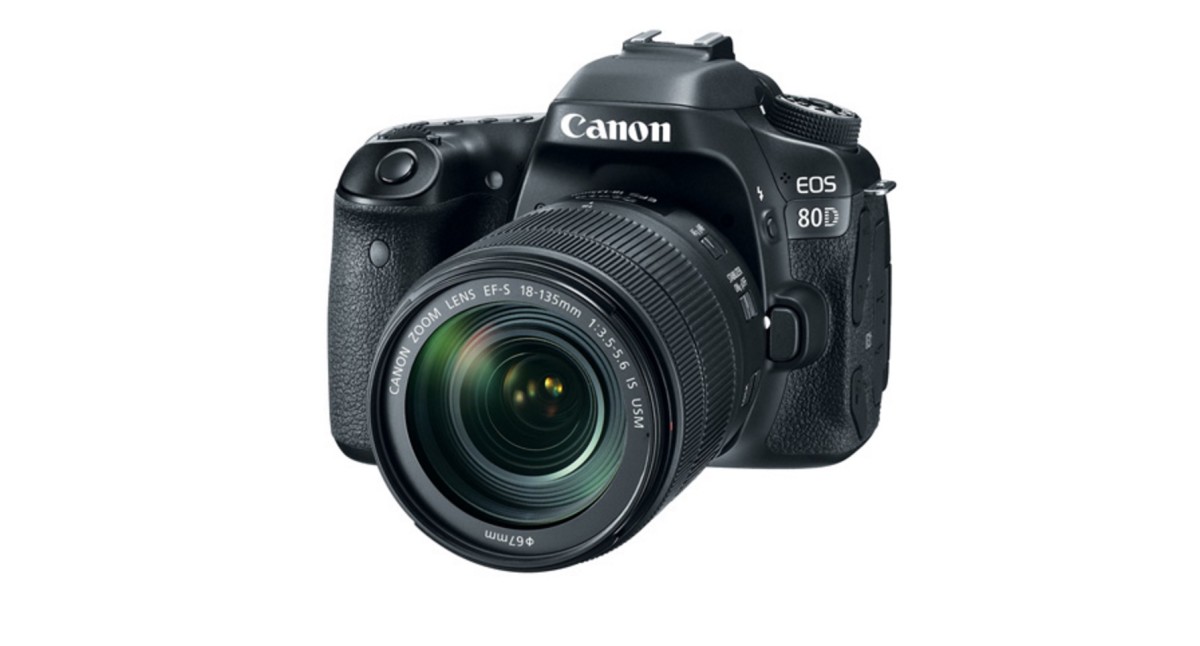 Photographers love the Canon 70D for a reason: it’s a solid camera that shoots great footage at a pretty good price. The updated version of that trusty old friend is out today, the 80D, with Canon’s take on what an updated camera should look like.

Let’s get the statistics out of the way first: the 80D sports a 24.2 megapixel CMOS sensor (up from 20.2 megapixels), DIGIC 6 processor, 45 point AF system and 7 fps burst shooting rate. It’s also gained a headphone and microphone jack.

The company added WiFi and NFC capability to the camera for quickly downloading your photos. There’s a new all-purpose lens to go with it, the EF-S 18-135mm f/3.5-5.6 IS USM, along with a Power Zoom Adapter PZ-E1 that can control zoom smoothly over Wi-Fi, which sounds pretty appealing for videographers.

Basically, this is the ultimate camera for those that want to get serious about video, but there’s a few things notably missing.

There’s no 4K capability — the 80D is still stubbornly stuck with HD shooting — and no sense of additional features such as a built-in timelapse mode, zebra overlay for video focus or any of the advanced features Magic Lantern has been hacking on to the camera via custom firmware for years .

More than anything, the 80D shows how utterly pedestrian Canon’s devices continue to be. While other camera makers are swiftly out-maneuvering the old-school DSLR manufacturers with compact mirrorless alternatives with just as much punch, the company is putting out only incremental improvements.

That might ultimately be what hardcore videographers want, because change is difficult and expensive, so sticking with the same system likely helps Canon a lot, but it risks fading into irrelevance.

Read next: PayPal completely overhauls its iOS and Android apps