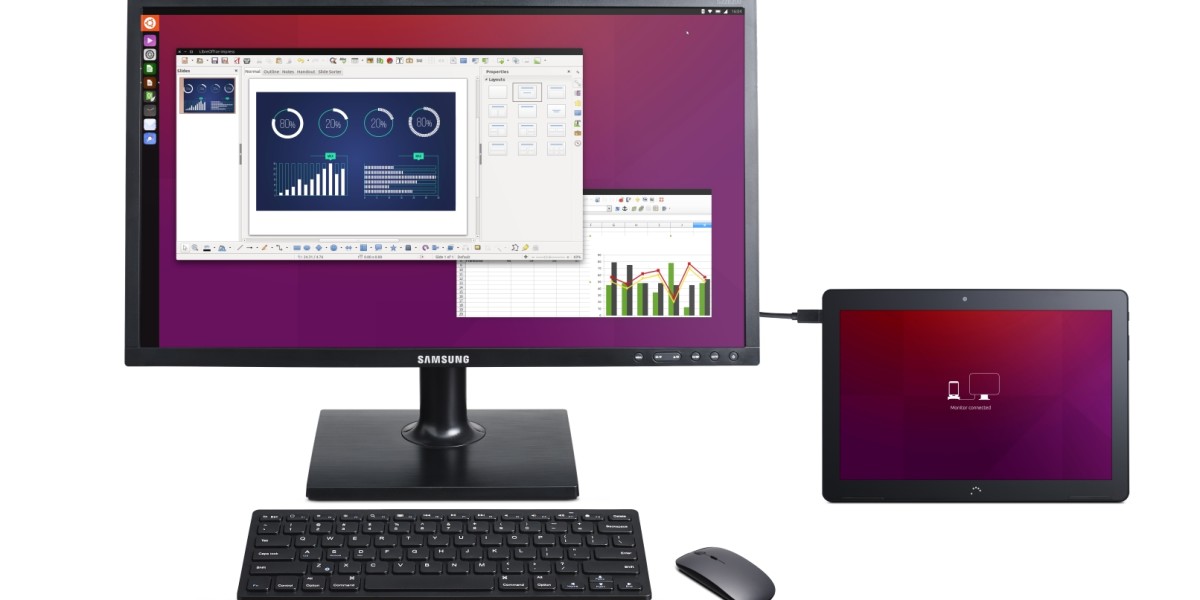 Canonical’s Ubuntu OS perhaps isn’t the household name that iOS and Android are, but as each year passes, it inches closer to its dream of a fully converged platform – one that runs the same core code across all of its devices.

In part, it’s already achieved this with the launch of its latest BQ (M10) tablet, but it’s a flexibility that’s yet to be fully supported on smartphones. For this tablet, it means you get a custom-designed UI, not a stretched version of the smartphone version, and if you dock it or plug it into a monitor, the UI changes again, adapting to how the tablet is being used.

The M10 offers up a full HD 10.1-inch display, 1.5GHz quad-core processor and 16GB of internal storage, with the option to pop in a microSD card. There’s also 2GB of RAM to keep things ticking over, which won’t sound very much if you’re more used to perusing flagship Android devices, and an 8-megapixel camera with autofocus and dual-flash.

An alternative, not a rival

This tablet, however, isn’t really designed to compete with Android or iOS. Yes, it splashes around in the same pool, but it’s not aiming at the same goals or the same potential purchasers. Shifting millions of units isn’t the measure of success Canonical is focusing on with its long-term goals and it deliberately chose not to lock its devices up with its own services, Canonical CEO Jane Silber explained to TNW.

“It’s not something that we fight against, we’re not trying to compete at that service level. It’s one of our advantages and differentiators in talking to OEMs and operators, they’ve been essentially locked out of services and the customer relationship by Google. The value [in that] ecosystem is all accruing to Google.

We’re specializing in a platform, in an open platform, with frameworks for [providing] third-party services or OEM and operator services, and that’s a strategic intent from us. We’re not competing with a music service, or with a video service.”

Sales is obviously an important piece of measuring success – more devices in more hands mean a larger ecosystem of users, which in turn promotes more development, and thus more users – but Canonical’s under no illusions about competing with Samsung’s shipment numbers for the year.

Returns is another important metric for the company as it gives an impression of product fit and faults. Silber says the return rates have been “negligible” at less than two percent.

“One of the other reasons that we look at return rate is that some of our competitors, the other folks who have tried to establish a new phone platform, have really suffered in that regard,” she added. “This year coming up we will ship new devices, where the hardware allows it, they will be convergence devices, particularly on phones – we need a video out capability, and not all phones have that.”

On the phone side of the equation, Silber says that there are new devices coming to market in 2016 from its existing partners, as well as being in discussions with other manufacturers.

Crucially, 2016 will be the first time that Ubuntu’s phones are offered in carrier’s retail stores, which is a key component in the ‘mindshare’ battle between devices. Until now, Canonical has been operating a direct to consumer model with BQ and Meizu.

Whether or not it will be enough to propel the company towards its internal goals for the year remains to be seen, however. In some ways, the launch of a tablet as the size of that market is in decline is an interesting choice in itself.

Countering this, Silber notes that the devices that do still seem to be appealing to users are the ones that have more than one use, which sits nicely with Ubuntu’s convergence approach.

She added that there’s pent up demand in the US that the company hasn’t been able to tap to-date, but that the M10 is the first step on that road due to fewer technical limitations.

It’ll be on sale from Q2 this year directly from BQ at launch.