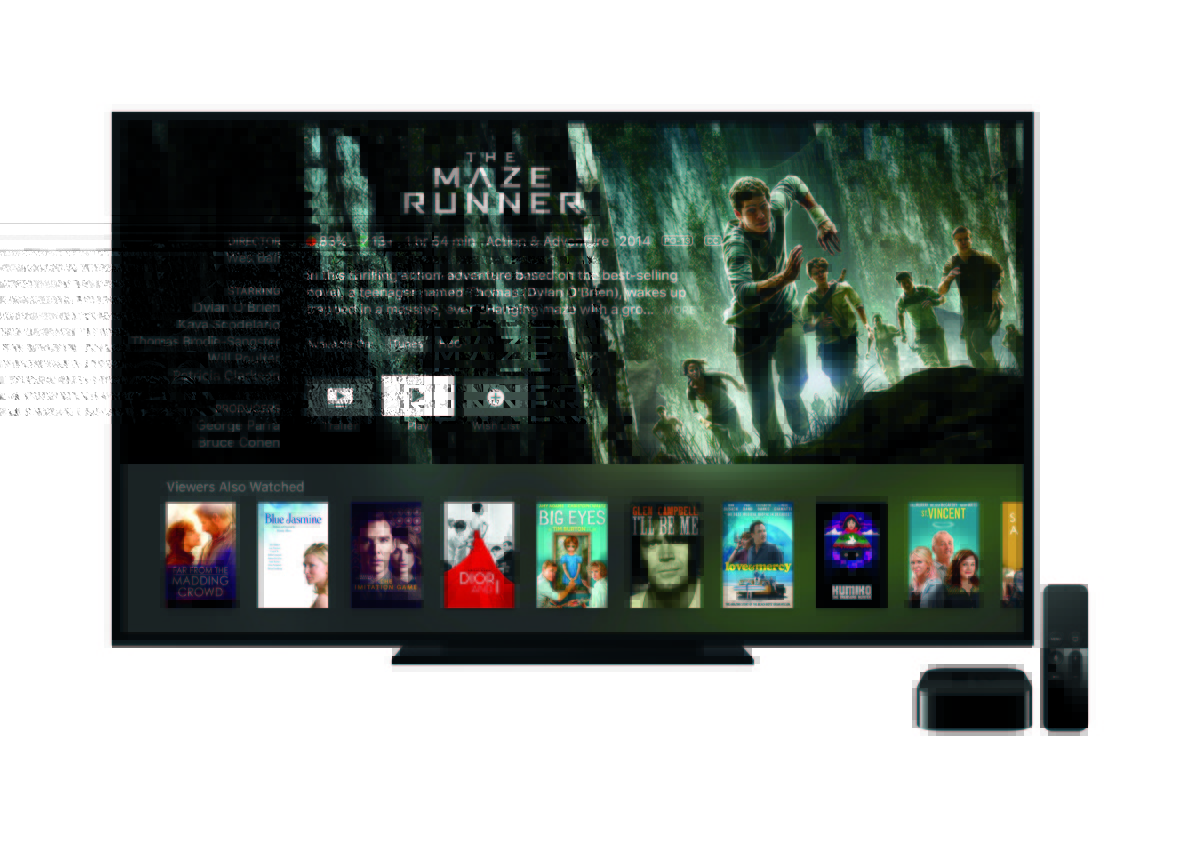 The long holidays from Thanksgiving to New Year’s may have come to pass, and millions of people including those of us here at TNW have got back to the busy work routine. However, you should never let your workload take your downtime away, and always keep your stress level at point zen.

Indulging yourself with a good set of entertainment options is a great way to spend some me time. With so many entertainment sets out there, a streaming device with a plethora of useful apps is a great option.

With four players dominating 86 percent of the US media streaming devices, the new Apple TV comes fully packed with brand new arsenals such as the new Siri remote and an operating system called tvOS – a hybrid of OSX and iOS.

Tim Cook, conveyed his vision for Apple TV during the 2015 Apple’s earnings report conference, “We want to provide the same innovation in the living room that we’ve delivered in our iOS devices. People are already watching more TV through apps today, and we think apps represent the future of TV.”

The jaw-dropping power of SIRI remote

Nope, we are not exaggerating at all with the ‘jaw-dropping’ part.

From a design perspective, the remote is equipped with a touchpad on the top part and a couple of buttons (menu, home, Siri, play/pause and volume) on the bottom.

On the technical side, there is an accelerometer and a gyroscope, which function pretty much like motion sensors for your gaming experience (remember the Wii remote?).

Ok, so what’s cool about all these fancy features? It boils down to three major benefits: universal search, video navigation and as a digital assistant.

With universal search, you can have a simple conversation with Siri and tell her to search and fetch you a movie.

While it may sound pretty straightforward on the surface, there’s actually more to it than meets the eye. You can ask Siri to find any movies based on the actor/actress’s name, genre, or even episode number. For instance, ‘show Emma Stone’s movies’ or ‘find me a comedy movie.’

You can also be more specific with your request – Siri likes to cater to your needs. Simply say to the remote, “show that Modern Family episode with Edward Norton” and it will play it for you right away.

For navigation, Siri can lead into action while you’re watching your favorite movie. Try “what did (s)he say?” and it will automatically revert to the previous 15 seconds with temporary subtitles turned on. You can also command Siri to “go back three minutes”, “go forward 20 minutes”, or “who stars in this?”

With the last command, a list of the casts will appear along the bottom of the screen. You can then press the menu button to hide the list.

As a digital assistant, you can do anything with Siri just as you do with your other Apple devices – check the weather, stocks or time around the world.

Unlike its third-gen predecessor which only supports Bluetooth keyboards, the new Apple TV is now enriched with a more advanced pairing feature.

For casual gamers, while you can use the Siri remote as a controller, your friends can join you by using their iPhone or iPod touches. Have all your friends around? Up to three additional people can enjoy playing together with you

If they’re not Apple fans, which means no Apple gadgets, look into the SteelSeries Nimbus controller which is compatible for all Apple devices. However, with these controllers, only up to additional two players can join you.

If you’re not really into gaming, listening to your favorite music with Bluetooth-paired wireless speakers may be up your alley. Or, and this is even cool, try pairing your headphones and enjoy your music privately. This way you can do your stuff with your music on, as loud as you want, without other people complaining.

As Tim Cook said, apps represent the future of TV, and as of December 2015, there were already 2,624 ready-to-download apps on the tvOS app store. Quite a lot considering the store had only been around for a month.

The possibility are endless. Transform your Apple TV into your fitness assistant, design inspiration, or a nonstop GIF slideshow of cuteness.

Check out Streaks Workout if you want to improve your health but are too busy to hit the local gym. With this app, you can choose different muscle group you’d like to train, adjust its intensity based on your ability and time you have, and complete one workout each day.

Or, take a look at Behance to get inspiration for your next design project. Put your screen in your gallery or home office, and enjoy the ever-rolling creative work showcases.

Download GIFtv where you can find everything from cute cuddling cats to penguins pushing each other off an ice cliff.

Split the screen, double the fun

For the sports fans out there, Apple TV has you covered. Plenty of apps let you watch two live games at once. Baseball fan? The MLB (Major League Baseball) app, lets you watch the National’s play on their home turf without missing the Blue Jay’s division title game in Toronto.

Additionally, you can also browse the live data, box score, and highlights without missing a single home run.

Apple TV’s new ‘Aerial’ screensaver is pretty awesome. Reacting to the time of day, it displays images accordingly. You can also adjust how frequently your Apple TV should download new videos and when it should start playing the screensaver.

Or, if you’re not satisfied with that, you can either use your iCloud library to show your photos as a slideshow or a third party app.

One of our favorite third party apps is conveniently also called Aerial.  This app, developed by John Coates on GitHub, lets you freely select the aerial view of certain countries and their time of day. If you have a multi-display setup, you can even set the app to display different aerial views on each display.

Now that we’ve enticed you to run out and get your very own, we should let you know you have a few options:  buy it yourself (which starts at $149) or sign up for TNW Deals’ Apple TV giveaway below. Either way, we know you’ll enjoy your Apple TV!

Read next: Twitter's former CEO is launching a health and fitness startup