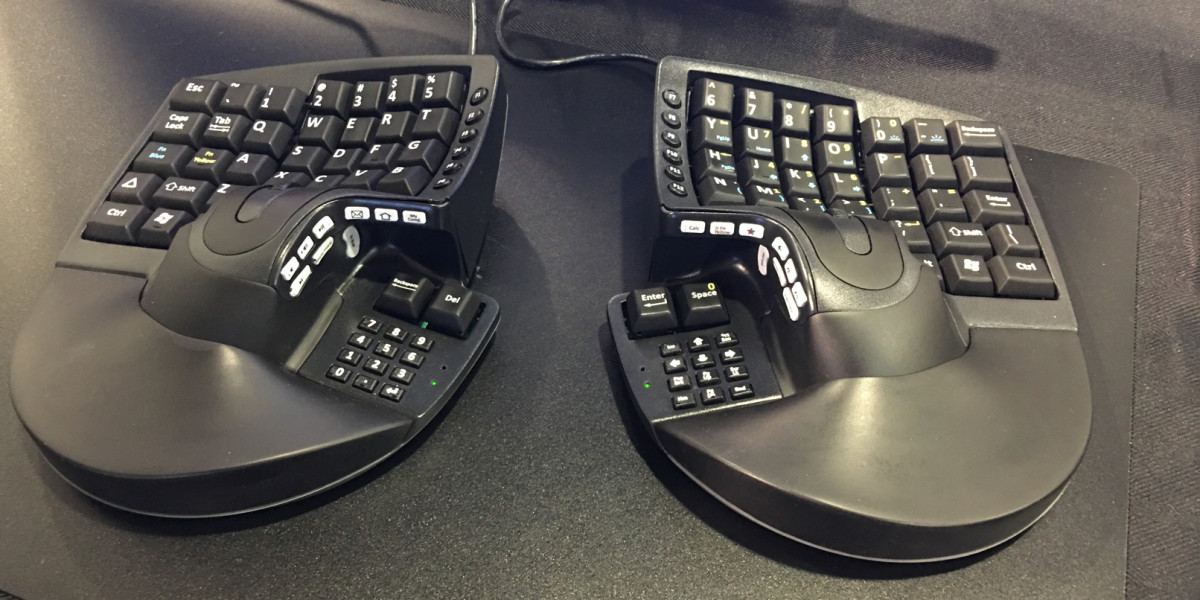 After hearing a fair bit of buzz about a rather odd (but smart) keyboard and mouse combo, I headed off to KeyMouse’s CES booth to check it out.

KeyMouse is an appropriately named company that created a split keyboard with ergonomic appeal, each side of which doubles as a mouse. Once you slide your hands onto the ergonomic surface, you can move either side of the keyboard independently to control the mouse cursor on the screen.

It’s cooler than it sounds.

The KeyMouse felt strange from a typing standpoint, but I’m assured that after you’ve sort of re-trained yourself from using a standard keyboard that it’s quite easy to use. I believe it.

Mouse movements are smooth, and not as clunky as you’d imagine. After all, you’re moving an entire half keyboard as your mouse, so I’m not sure what I expected, but this over-delivered. It felt rather natural and it allowed me to keep my hands on the keyboard, no matter what I was doing.

The product — which just won a CES Innovation award — is set to retail at $399. The build quality looked and felt subpar for such a pricy item.

Sure, it uses Cherry MX Brown mechanical switches and LED backlighting, but the quality seemed to stop there. KeyMouse felt like it was made of low-end plastic; too flimsy for my liking. I have serious doubts as to whether this will hold up after extended use or hardcore gaming.

I was assured by its creators that this assessment was incorrect.

When I asked about a ship date, I’m informed that KeyMouse was supposed to ship in September; it didn’t.

After raising $156,000 from backers on Kickstarter and missing its promised ship date by several months now, the next question — “when do you anticipate fulfilling the pre-orders then?” — was met with a longform version of ‘we dont’ know.’

“We’re trying to work with our manufacturer to get the product right and it’s not there yet. It’ll ship when it’s ready. Kickstarter isn’t happy with us right now, but we’re not going to fulfill orders until the product is ready,” said CEO Heber Allred in what seemed like a slightly annoyed tone.

If you pre-ordered the KeyMouse, you shouldn’t hold your breath that it’ll ship any time soon. After talking to the creators and demoing the product, it didn’t feel ready, nor did they seem to have much urgency to get it there.

Read next: Swooper is the new emoji-led news site from the team behind Mailcloud