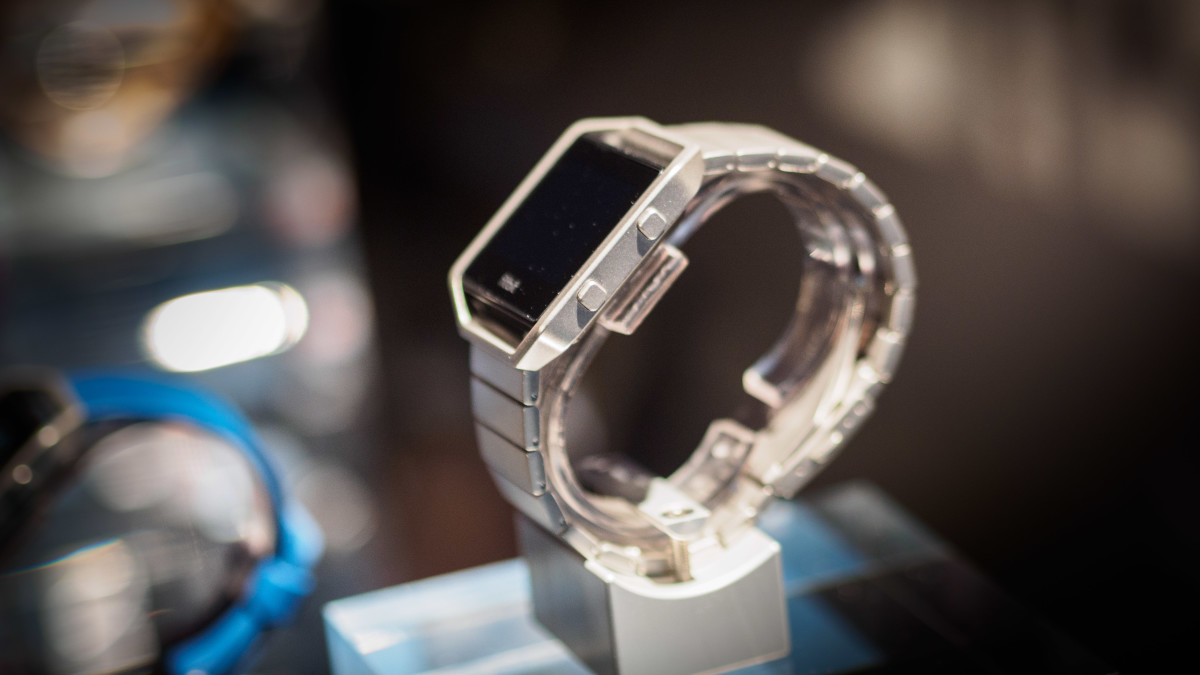 When I tried out the Fitbit Surge last year, I was impressed by its tracking capabilities, but – and pardon my vanity – I was less than pleased the way it looked. It’s not a surprise that I was happy to see the new Fitbit Blaze brings some style to the substance.

I had some brief hands-on time with the device at CES, and while it’s certainly chunkier than your average watch, it looks much more like something I’d be happy to carry on my wrist.

You can swap out the ‘core’ of the unit into different bodies and straps, all of which look surprisingly decent for fitness tracker with a color touchscreen.

The fancier straps are expensive – $99 to $150 for leather or steel on top of the $199 retail price – but hopefully third-party accessory makers will provide cheaper options. At least the fit and finish seem excellent.

Featurewise, it’s something like the Surge on steroids. It still provides 24/7, continuous heart rate (as opposed to checking at regular intervals), and can detect what type of exercise you’re doing to provide more accurate calorie counts. I couldn’t test these out in our limited time, but the Surge had some of the best on the market, so we imagine the blaze will follow.

The main new addition is the color screen, which allows the device to provide richer notifications, more tracking details on a variety of new watchfaces, and visually guided workouts. Call ‘FitStar,’ the virtual personal trainer adds a variety of free workouts which you can access right from the watch – no app required.

The display itself is just alright. It’s not particularly high resolution, but there’s an ambient light sensor to automatically adjust brightness.

Fitbit is claiming up to five days of battery life, which is far above what pretty much every competitor with a color screen can do.

The closest competitors are the Samsung Gear S2 and Microsoft Band 2, both of which claim two days of battery life and neither of which track your heart rate continuously if not in workout mode (though Band 2 scans your heart rate approximately every eight minutes).

You do lose the internal GPS from the Surge, although you can still pair the device to your phone for tracking your runs and rides.

Perhaps the biggest qualm is that there are no third party apps. A color screen seems to indicate future expandability, a Fitbit representative says third-party apps are not planned:

The Fitbit Blaze experience was curated to provide users with the features they need to reach their fitness goals. While there will be updates to further enhance the user experience, the addition of third party apps is not currently planned.

That’s something of a bummer. Fitbit has been fairly good about updating its trackers with new features, and apps might take a toll on battery life, but it’s hard not to question Fitbit’s role as smartwatches become better fitness devices. At least navigation through the interface seemed smooth.


The $199 price tag puts the Blaze in an interesting position. It’s cheaper than most competing smartwatches  and trackers with a heart rate sensor (including Fitbit’s own Surge), which could immediately make it a top recommendation for fitness enthusiasts.

On the other hand, it currently doesn’t really add many notable software features over the Surge, unless you really need guided workouts.

If you don’t care much about style options or a fancy display, you might still be better off with something like the $129 Fitbit Charge HR. Still, the new style chops and established tracking prowess could help some potential buyers lean towards Fitbit over a proper smartwatch.

Read next: The plight and delight of being a young working mom