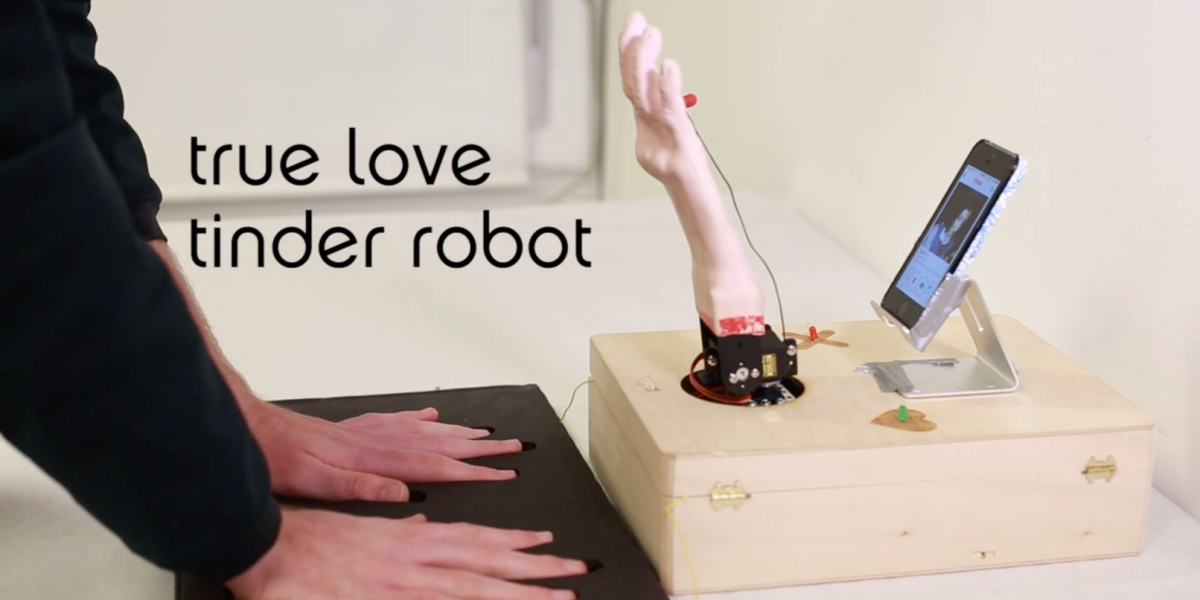 We live in a world where dating sites are dominated by algorithmic matching and devices are controlled with biometrics. Nicole He took the next logical step and combined the two.

I made a robot that reads your body's response as you look at Tinder profiles, and then swipes based on science. pic.twitter.com/xExatPyFX3

Her creation, ‘The True Love Tinder Robot‘ uses biometric sensors to read changes in galvanic skin resistance, which is a technical way of saying the sensors determine how sweaty your palms get.

Once the Arduino-based robot gets a reading, it then swipes left or right based on how attracted you are — based on biological response — to the person in the profile. The swiping is done automatically with a fake hand and the entire process features audible feedback by the robot itself.

Nicole isn’t a Tinder user herself, but she built the robot as a final project for her Intro to Physical Computing and Intro to Computational Media classes at NYU ITP.

You can view the source code at Github or build notes at her ITP blog.

If you want to see this amazing project yourself, it’ll be at the ITP Winter Show on December 20 and 21.