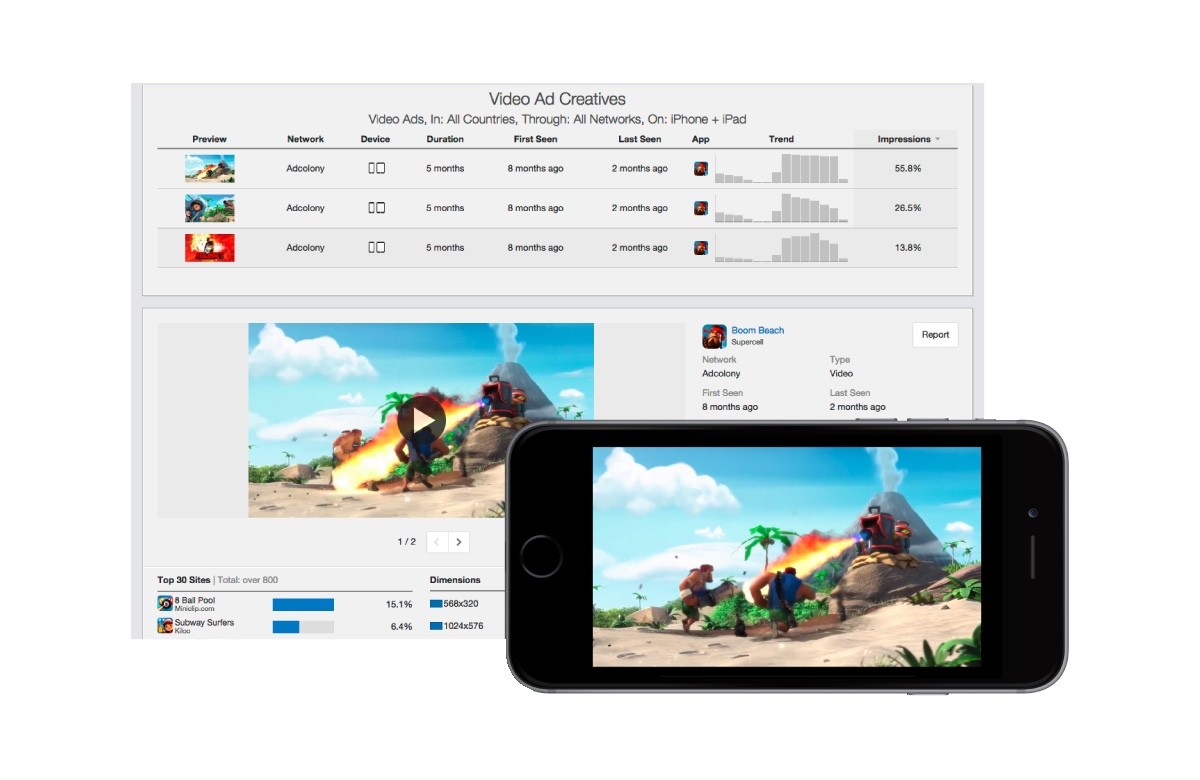 Mobile advertising isn’t a sexy topic, but it’s how a lot of app companies and independent developers make a living. To help them make better decisions about how (and when) to spend money on ads, Sensor Tower is launching Ad Intelligence.

The purpose of Ad intelligence is to give insight on what competitors are up to. It tells you where the competition is focusing its efforts, what ad network it’s using as well as which regions it’s zeroing in on.

Ad Intelligence can also show if the ad campaigns resulted in more users. The service even has a leaderboard to show you which apps had the most impressions over the past week.

Armed with the right information, Ad Intelligence may save you time and money. An independent developer with an upstart endless runner game may learn to avoid Facebook for a while if a deep-pocketed competitor is focusing efforts there.

That same developer may be headstrong about the app they’ve made, and want to go toe-to-toe with the competition. Either way, Ad Intelligence provides the necessary information to make the right decision for your app.

Read next: Microsoft's Project X-Ray lets you use HoloLens to turn your house into a game stage