Siri — she likes to complain. I don’t blame her, either. Everyone asks her what’s going on, all the time, about everything. Now that my fingers have cooled from writing our liveblog, I decided to see if Siri had a take on today’s Apple event.

Ask Siri if anything big happened today, and she might tell you the iPad got bigger. She might also tell you about 3D Touch. 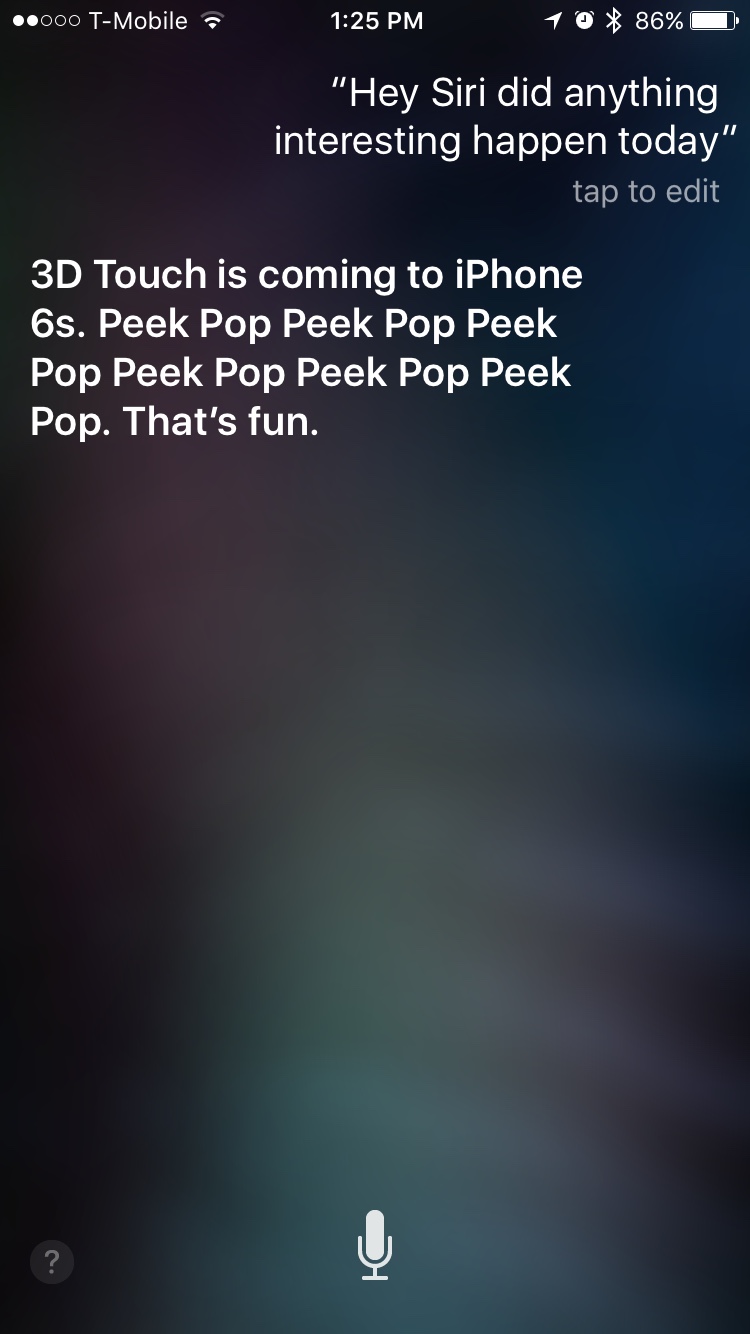 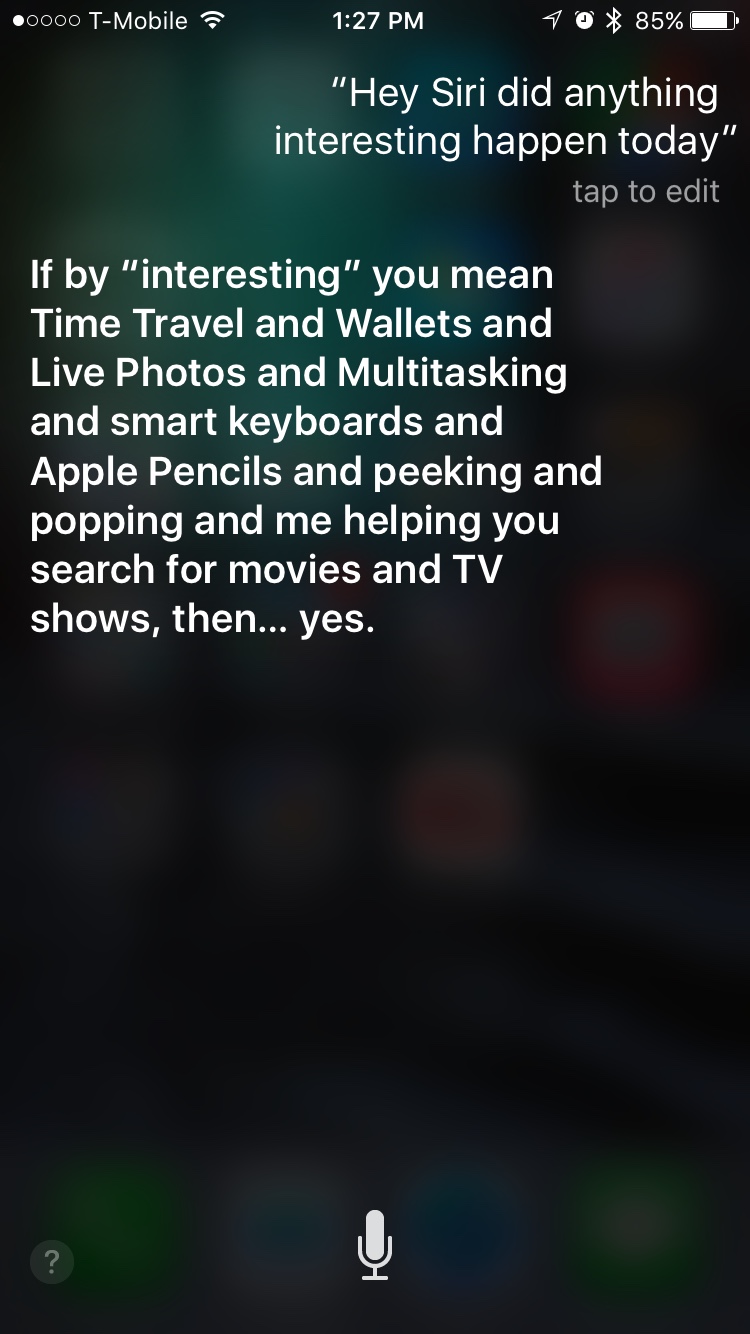 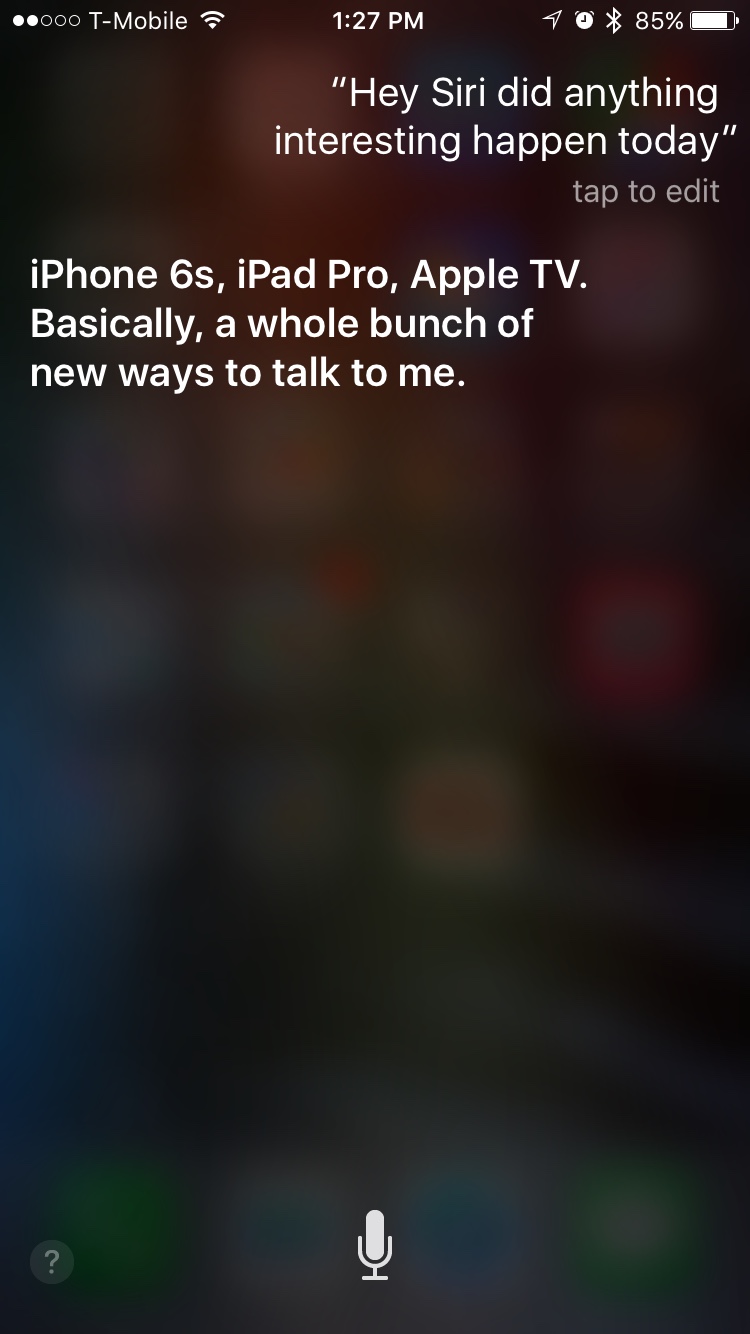 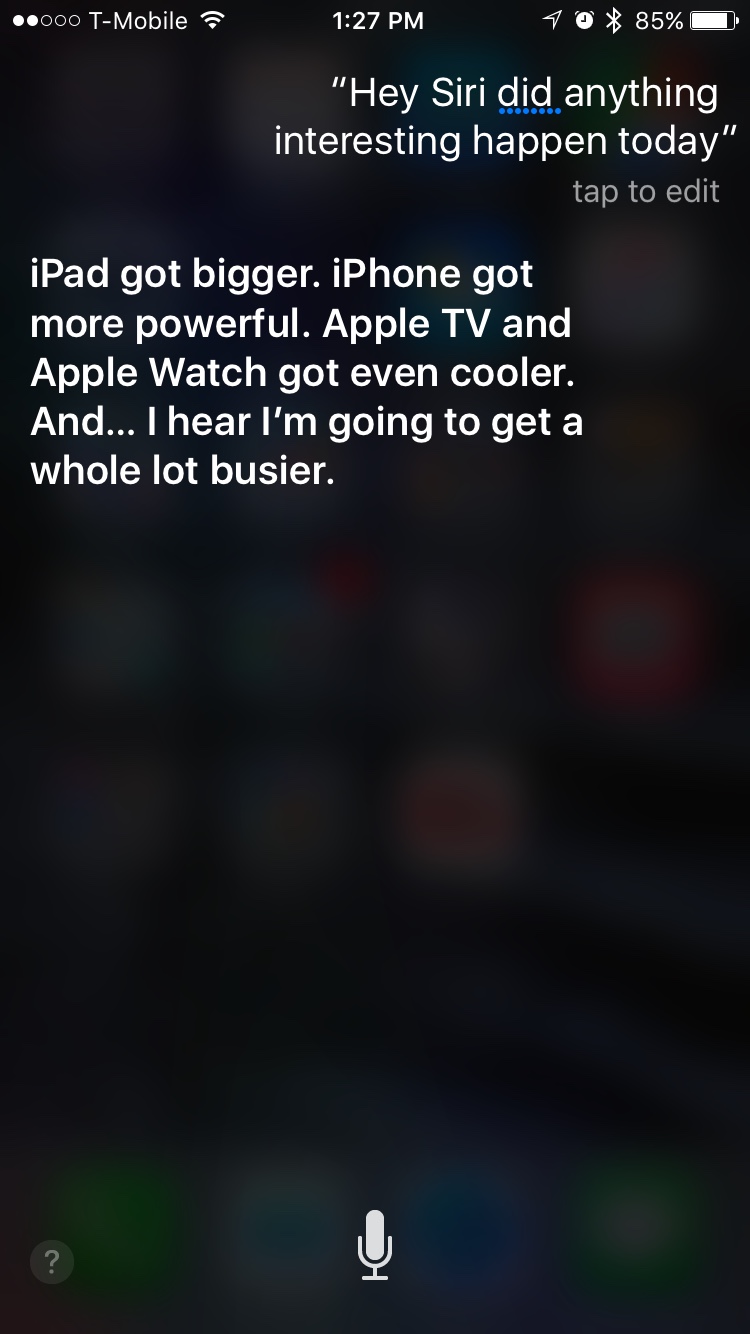 What she will do is lay down a heavy dose of snark, and I love it. Siri will absolutely be much busier, and yes — peeking and popping is exactly what 3D Touch is.

At least Apple’s unofficial spokesperson is keen to poke fun at her employers.

Read next: How to design websites developers won’t hate