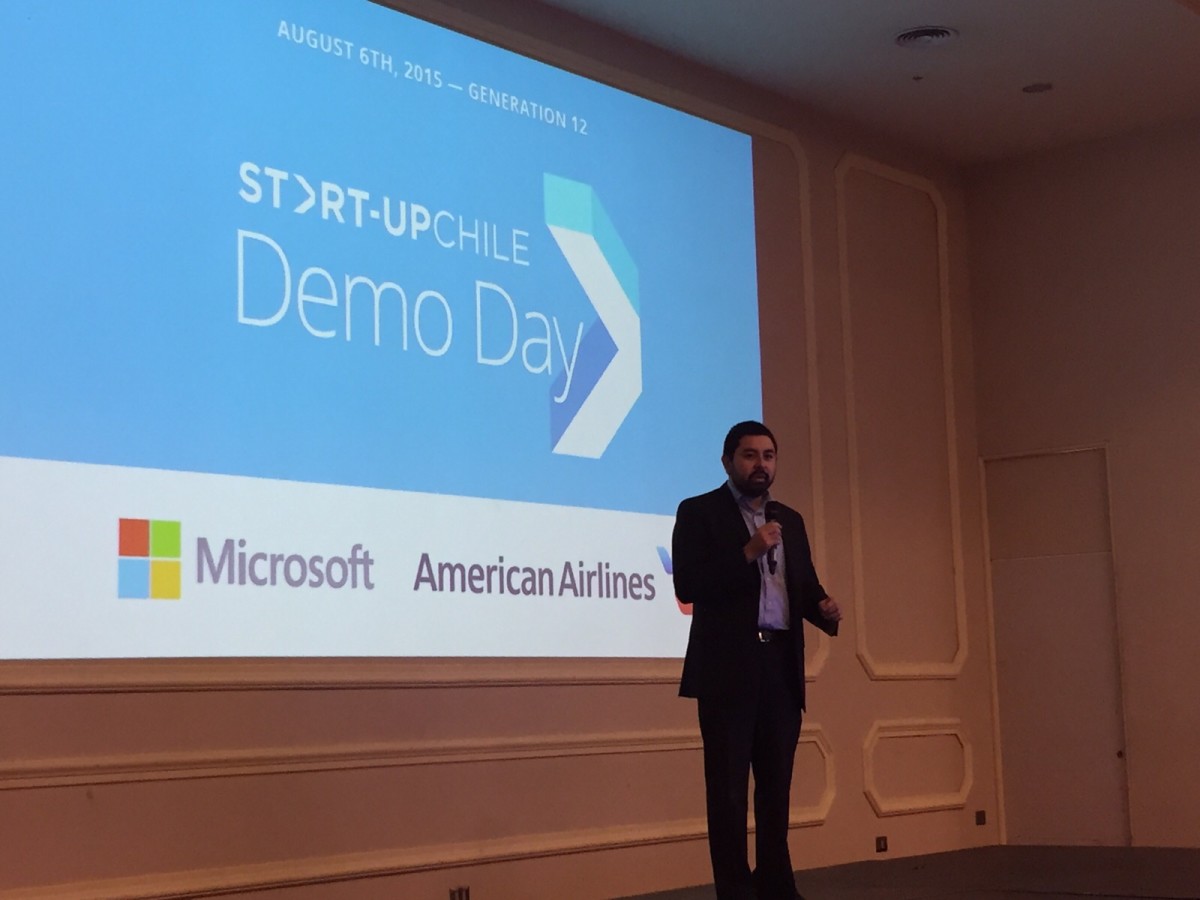 August was a peculiar month in the Latin American tech scene: quiet on the M&A front, but quite busy with funding rounds and expansions. Here’s the news you don’t want to miss:

PayPal stopped offering domestic transactions in Colombia. According to the company, it took this decision to ‘comply with local regulation’ and will still support international payments. This change applies both to individuals and companies that are Colombian residents.

Telecom operators are joining forces to lobby against WhatsApp voice service through a report aimed at proving its illegality, ZDNet reported. However, other entities have launched an online petition to support the Facebook-owned company and fight potential restrictions to its activities.

AT&T unveiled pricing for its call and data packages in Mexico, where it is officially starting operations following the purchase of Mexican telco Iusacell and of Nextel. Postpaid customers should be able to use the service all across North America.

The AppleCare+ program for iPhones and iPads will soon expand into Brazil, Spain and Turkey, Apple announced in an internal video. According to 9to5Mac, the protection plan should also become easier to add and use internationally.

Google launched a content platform called ‘O Brasil inteiro joga,’ which translates as ‘The whole of Brazil is playing.’ With an eye on the 2016 Rio Olympics, it features sports-related content from popular YouTubers. In addition, the company added a new Street View collection to its Google Maps service, which now features images of Peru’s Arequipa, a UNESCO World Heritage Site. 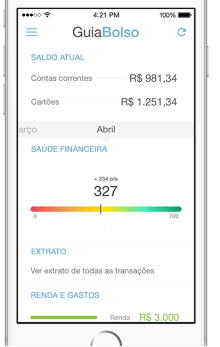 Brazilian personal finance management startup GuiaBolso raised a $7 million series B round of funding led by Ribbit Capital, with participation from five other international VC firms, as well as angel investors. Existing investors Kaszek Ventures, e.Bricks and Valor Capital were among them.

As for fellow Brazil fintech startup BankFacil, it secured $3 million in new funding from Redpoint e.ventures e and Frontier Investments Group, Startupi reported. In addition, it also launched a new product: while its main activity so far had been to help users compare loan offers, it will now sell its own “low-rate consumer loans”.

Startup accelerator Startup Farm raised R$ 5.3 million (around $1.48 million USD), which it will use to expand its operations and invest in its alumni, Startupi reported. As you may remember, Startup Farm was founded by Felipe Matos, who is also a co-spokesperson for Dinamo, a new lobbying initiative that hopes to influence public policy in Brazil and make it more startup-friendly.

Marketplace for second-hand items Gone raised $1 million from Silicon Valley Bank and MasterCard after participating in their joint strategic accelerator program, Commerce Innovated. Other unnamed VCs also took part in the round, which will help Gone expand its concierge service to New York, Boston, and Seattle. In addition, the company launched Gone by SMS, which lets users add a new listing and arrange a pickup via text messages.

Mexican startup Parkimovil raised MX$10 million (around $597,000 USD) from 2 VC funds: INADEM-backed ON Ventures and Capital Invent. The company plans to use this new funding to expand its offering, which helps car owners find parking space and pay for it from their mobile phones.

Chilean inter-city bus ticket platform PasajeBus.com raised $500k from angel investors. According to Pulso Social, the company is now seriously eyeing Argentina and Peru, although Bolivia, Brazil, Paraguay and Uruguay are also on its roadmap.

Chilean startup DesRueda.com received $130,000 in funding, including a grant from Start-Up Chile, Pulso Social also reported. Its main business is a comparison tool for car repairs, which it now plans to make available across Latin America.

Brazilian health startup MEMED won a $550,000 award as part of the Latin American edition of QPrize 2015, organized by Qualcomm Ventures, and taking place for the second time in the region. It had received more than 200 applications, eight of which were invited to pitch on stage. MEMED is a platform that lets doctors browse information about medications.

Start-Up Chile held its tenth demo day, which doubled as a competition. Its winner was Russian biotech startup Hoope, whose team was awarded a round trip to San Francisco, with Uruguay’s GuruCargo and Argentina’s Simplicar in second and third place. On a side note, executive director Sebastián Vidal is leaving the program to lead a somewhat similar initiative in Puerto Rico.

Investors and philanthropists Mitch and Freada Kapor have made a $40 million pledge to help “close the opportunity gap in tech” and make tech entrepreneurship “more inclusive.”  This 3-year plan includes a $6 million grant to expand the Summer Math and Science Honors Academy (SMASH), a STEM-focused college prep program for low-income students of color led by the Kapors’ Level Playing Field Institute.

In addition, the Kapor Center for Social Impact will commit $3 million a year to promoting diversity in the Bay Area’s tech scene. Their main investment will take place through their venture firm: “Over the next three years Kapor Capital will make over $25 million in direct investments in technology startups working to narrow the achievement gaps. At least half of the companies we invest in will have founders from historically underrepresented communities,” Mitch Kapor explained on Medium.

500 Startups closed fundraising for its third global fund, which gathered $85 million — 15 percent short of its initial goal despite a good track record on its previous funds, Venture Capital Dispatch reported. In Latin America, the investment period for its ‘500 Luchadores’ came to an end after 79 deals, mostly in Mexican startups. According to Pulso Social, it will stop doing acceleration programs in Mexico City but Latin America will remain “a key region” for its activities.

Meanwhile, Argentina-based fund and accelerator NXTP Labs is launching a call for applications for fintech startups (disclosure: NXTP Labs is an investor in my startup, MonoLibre). Its fintech acceleration program will host 15 startups, which will receive mentorship during 8 weeks.

Brazilian entrepreneur Bruno Gregory launched Graava, a new action camera which relies on several sensors to detect the best parts of your videos and automatically edit them. It is available to pre-order now for $249, below its full price tag of $399 when it starts shipping next year.

Mobile payments company Payleven launched a Visa prepaid card targeted at Brazil’s unbanked population. According to Finextra, it is targeted at small merchants who already use Payleven’s card readers to receive payments. They will now be able to use those funds to withdraw cash and make purchases on their own without needing a bank account.

Argentine studio Etermax launched a free RPG game called Skydoms, in partnership with fellow Argentine game company MetroGames. As you may remember, Etermax is the company behind global hit Trivia Crack. While it is too early to know whether Skydoms will be as successful, it is already available in multiple languages, both on iOS and Android. 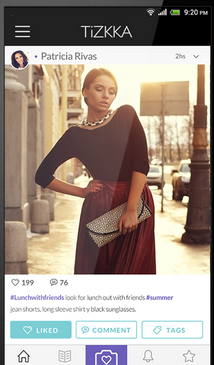 Latin American fashion community TiZKKA launched an Android version of its app, which helps fashionistas find inspiration, share their looks and seek advice from professionals. The startup also introduced a ‘Buy’ button, which first rolled out in beta to its iPhone app in Brazil. Aimed at adding an e-commerce and revenue share side to its business, it is expected to soon launch into its other two main markets, Colombia and Mexico.

Netflix announced the upcoming launch of its first original series made in and for Brazil. Called ‘3%,’ it will be filmed in early 2016 and released at the end of next year.

HTC re-entered Latin America’s mobile phone market, starting with Mexico and Peru, followed by Chile and Colombia. In the latter, its upscale HTC One M9 and midscale Desire 626s can be acquired through phone operator Claro, El Tiempo reported.

Brazilian computer brand Positivo is partnering with Japanese manufacturer Vaio to produce its PCs locally and sell them from next October, ZDNet reported. “This marks the first international partnership for Vaio, which was sold by Sony to investment fund Japan Industrial Partners in 2014 and had been focusing on the Japanese market ever since,” the article noted.

Japanese messaging app Line released an updated Android app featuring low-cost calling service Line Out, a rebranding of its Line Premium Call offering. It supports calls both to landlines and mobile phone users without Line. It is available in many countries, including several in Latin America (Argentina, Chile, Colombia, Mexico, Peru and Venezuela).

Popular news aggregator Anews translated its platform into a sixth language: Brazilian Portuguese, which comes after English, Russian, Swedish, French and Ukrainian. While the company is based in San Francisco, its largest userbase is located in Eastern Europe and Russia. According to its CEO, Vyacheslav Masenkov, Anews is very interested in Brazil “because it’s a highly socialized country” where readers are particularly active in sharing news on social networks.

Uber or not Uber

Uber rolled out its low-cost UberX service in Rio de Janeiro and Brasilia, following an earlier launch in Belo Horizonte and São Paulo. However, it is unclear how long it will be able to operate in the ‘Cidade Maravilhosa,’ as Rio’s city council recently voted to ban unregulated ride-sharing services, while unauthorized drivers could face hefty fines.

Read next: Why it may be harder than you think to make it as an independent developer