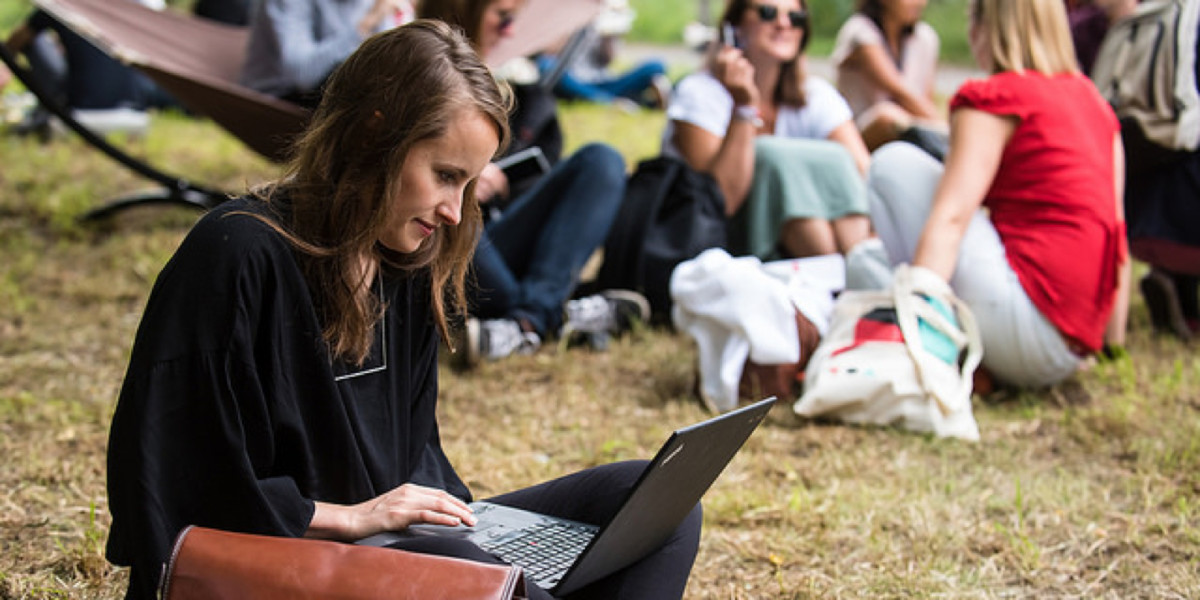 We’ve seen the data: both the number of women in leadership positions in healthcare and women starting tech companies are astronomically low. But these figures didn’t seem to be reflected at this year’s Tech Open Air in Berlin, a three-day event growing its reputation as Europe’s leading technology festival.

The female speakers on the line up were the minority (no surprise there), but they led the conversation on one important topic: how can technology be used to improve human health and wellbeing?

Leave it to Berlin to breed the coolest of tech-related gatherings. At this interdisciplinary ‘unconference’, industry leaders and tech enthusiasts rubbed shoulders as they sipped chia seed smoothies among the sun-kissed gardens of an abandoned carpet factory.

Over 100 speakers and attendees from diverse backgrounds continued sharing ideas in venues across the city and late into the nights in open air techno clubs. In this kind of environment, you can observe the changing face of the tech entrepreneur– and she isn’t wearing a hoodie branded with her startup logo.

Take Urška Sršen, Co-founder and CCO of Bellabeat. The 26-year-old Slovenian native began her startup focused on women’s health-tracking devices in Croatia as a fine arts graduate in 2012, before moving to Silicon Valley and graduating from Y Combinator’s Winter 2014 class.

Inspired by a previous project involving prenatal regulation monitors, Sršen and her co-founder Sandro Mur noticed a lack of consumer-focused tools geared toward expectant mothers. Since then, Bellabeat has launched two products: the Shell, a device that lets you listen to a baby’s heartbeat during pregnancy, and the Leaf, a piece of smart jewelry that lets women quantify their everyday health through tracking sleep patterns, stress levels and period cycles.

“It’s natural for women to be more concerned with health, perhaps because we have to keep track our cycles and fertility. However when Apple released their health tracking device, it didn’t include a period tracker”, she explained during a sit-down with The Next Web. Growing up with a mother who was an OBGYN, talking about her period was never an issue. Now, her company builds lifestyle products that break down the barriers of this still ‘taboo’ conversation.

At TOA, Sršen took to the stage to share her most valuable lesson learned in building her startup: how to adopt the underdog mentality. “It’s been more challenging to be a European startup than a female founder in Silicon Valley,” Sršen shared. “The bigger problem is the lack women in venture capital. As an investor, you’re naturally going to put money toward problems that you personally understand.”

Elaine Warburton, Co-founder and CEO of QuantuMDx, was also inspired to become a tech entrepreneur by her first-hand observations in healthcare. Coming from an eclectic background in genetics, nursing and chartered accountancy, her work in hospitals led her to realise that 21st century healthcare– and diagnostics in particular– were ripe for change.

Joining forces with her co-founder Jonathan O’Halloran, they set out to build a handheld molecular laboratory with built-in DNA sequencing. In other words, they created an affordable device that can give anybody an accurate diagnosis within minutes, changing the future of infectious disease as we know it.

“I grew up watching my mother try to beat breast and ovarian cancer for a brave 15 years. She showed me a woman can have it all, even with a life-changing disease,” Warburton shared. “It was always my dream to diagnose disease early to improve an individual’s chance of living a healthy, long life. But this dream had to include the whole population, not just those that could afford quality healthcare.”

According to Warburton, evolutionary science explains why all the female speakers invited to TOA are building companies under the health and wellness umbrella: “From 50,000 years ago, when we were supporting the family and community while the menfolk hunted, women have been genetically programmed to care deeply for those around us. Health and wellness are intrinsic within our DNA.” 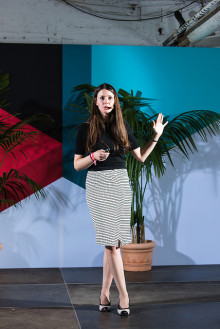 Nora Khaldi, Founder and CEO of Nuritas, agreed it wasn’t a coincidence that women leaders naturally gravitate toward this field: “The nature of women is more nurturing, and we’re more prone to naturally be interested in health. If you look at families, it’s usually women driving the health of the family.”

Khaldi, who holds a PhD in Molecular Evolution and Bioinformatics, uses artificial intelligence to study peptides within food in a ground-breaking way. Looking at food waste as big data, her studies have shown that a single apple contains more information than all social media combined.

“About 50 percent of food production is thrown away before it reaches the plate. This is full of nutritional molecules that no one is using. We turn this waste by-product into life-changing ingredients,” Khaldi explains. Nuritas not only addresses the sustainability issue of our food systems, but paves the way for disease prevention and nutrition of the future.

Lauren Talbot, recognized in Forbes 30 under 30’s list for consumer technology, contributed to a panel discussion on how to not get lost in big data. She carved her career in data science in order to conquer the science behind another health-related issue: our dating game.

Overwhelmed by the perils of modern day dating, her previous company PVLL tracks and analyses the health of your relationships through text messages. Now, as co-founder of AdvisorCONNECT, Talbot applies a similar kind of insight toward relationships in prospecting financial advisors and insurance agents.

Beyond hardware, biotech and big data, other speakers showed how their unsuspecting career paths had inspired them to build niche online communities surrounding fitness and wellbeing.

Kat Farrants, founder of Movement for Modern Life, set out to build a platform for yoga videos featuring the UK’s top instructors after leaving a career as a corporate lawyer. Surviving a severe car crash and divorce, she created the tool that would let her keep practicing yoga with her favourite instructors while she recovered in the countryside.

Roni Eschel, an ex-pro surfer hailing from Israel, created her app GoFlow so that weather-driven sport enthusiasts could easily find and share information about their sport spots.

“My goal was never to start a company. I just wanted to solve my problem of creating more time to hit the waves. I love that we’re in a time where yoga or meditation teachers or surfers can become tech people,” Eschel said. “More people are realizing that, as technology takes over our lives, we need to use technology to keep our quality of life connected to nature. I don’t know if women are the leaders in this, but they are definitely adding value.”

From Silicon Valley to Silicon Allee, women are still very much the underdogs of the tech industry. But they’re making strides by leveraging technology to solve problems they personally understand.

Whether that means using artificial intelligence to build the Google of nutrition, bringing quantified self to dating or prenatal care, creating wellness communities, or solving universal disease diagnostics, these founders and their groundbreaking startups are proving that women can beat the odds.

Read next: Tesla is losing over $4,000 on each car it sells, but Musk says affordable Model E is still on the way