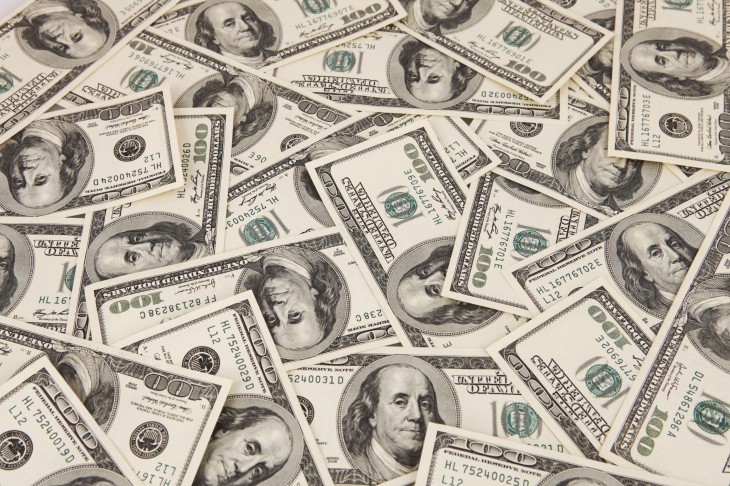 Are you sitting down? Good, because the amount of money flowing through Venture Capital investments this year might make you a little weak in the knees.

Global venture capital database CB Insights has released its quarterly report on venture funding for the second quarter of 2015, and it’s staggering — more than $32 billion was raised worldwide in the quarter alone, across 1,819 deals. That pushed the dealflow in the year so far to $60 billion — nearly three-quarters of 2014’s $80 billion year.

The money isn’t only piling higher, the deals are getting fatter, too.

Seed/Series A funding deals are getting smaller in number, but bigger in payout. Average funding for an early-stage deal hit $4.7 million in the second quarter — higher than it has ever been.

But it’s the mega-rounds in the late stages that are really going nuts. In the second quarter of 2015, the average hit $74 million globally — and $192 million in Asia, fueled by the emergence of nine new unicorns in the region.

All in all, 24 new unicorns emerged in the second quarter globally, higher than the previous quarter’s 11 companies.

Speaking of unicorns, the amount of mega-rounds (or rounds totaling $100 million or more) have skyrocketed in 2015. The year has already seen 100 mega-rounds, including 61 in the second quarter that together raised $16 billion.

Regionally, North America is on track to reach $70 billion in funding — surpassing 2014 funding numbers by 25 percent. There was $19 billion raised across 1180 deals in North America in the second quarter alone, the highest amount of money since the first quarter of 2011. In a quarter filled with multiple investments over $500 million, including Airbnb and Zenefits, the six largest rounds in America totaled more than $3.5 billion.

12 unicorns emerged in North America in this quarter alone.

Finally, in no real shocker, the concentration of deals made in North America happened in California. San Francisco alone had 165 deals totaling $6.08 billion.

In addition to the previously mentioned late-stage funding, Asia also had plenty of cash to toss around this quarter, and in a much more concentrated space. All in all, the region has $10.1 billion across just 313 deals in the second quarter, putting it on track to grow by 45 percent year over year. The quarterly total was also 146 percent higher than the reported $5 billion in the previous quarter.

According to the report, 8 out of 10 deals in the second quarter went to Internet and mobile companies — and represent more than half of all Asian funding in the last four quarters.

The six largest rounds in Asia in the second quarter total more than $4.2 billion, more than a quarter of all Asian deals this year.

Comparatively, in terms of volume, Europe had the most modest quarter. Overall, VCs raised more than $3 billion across 284 deals. The region also saw a spike in funding in the first half of 2015 — powered by big deals from Spotify, Delivery Hero and others — to $6.6 billion. Europe is on track to beat 2014’s $8.3 billion total by 60 percent.

Although European funding has reached more than $3 billion quarterly in 2015, seed and early stage deals have dropped off in both size and number. Instead, there has been a spike in late-stage deal sizes, fueled by the presence of four mega-deals.

Europe only introduced three unicorns in the second quarter of 2015 — relatively small compared to North America and Asia.

The six largest European rounds totaled $1.5 billion, more than a quarter of European funding to date.

While many analysts are predicting a slight decrease in venture capital investment in the months ahead, we believe the strength of such fundamental growth drivers have created strong conditions for continued VC investment. Even with a possible slowdown, 2015 is shaping up to be a record year.

Read Next: Investors behind Linkedin, Dropbox dance around whether tech is in a bubble

Read next: SponsorMyEvent wants to play matchmaker for event planners and sponsors