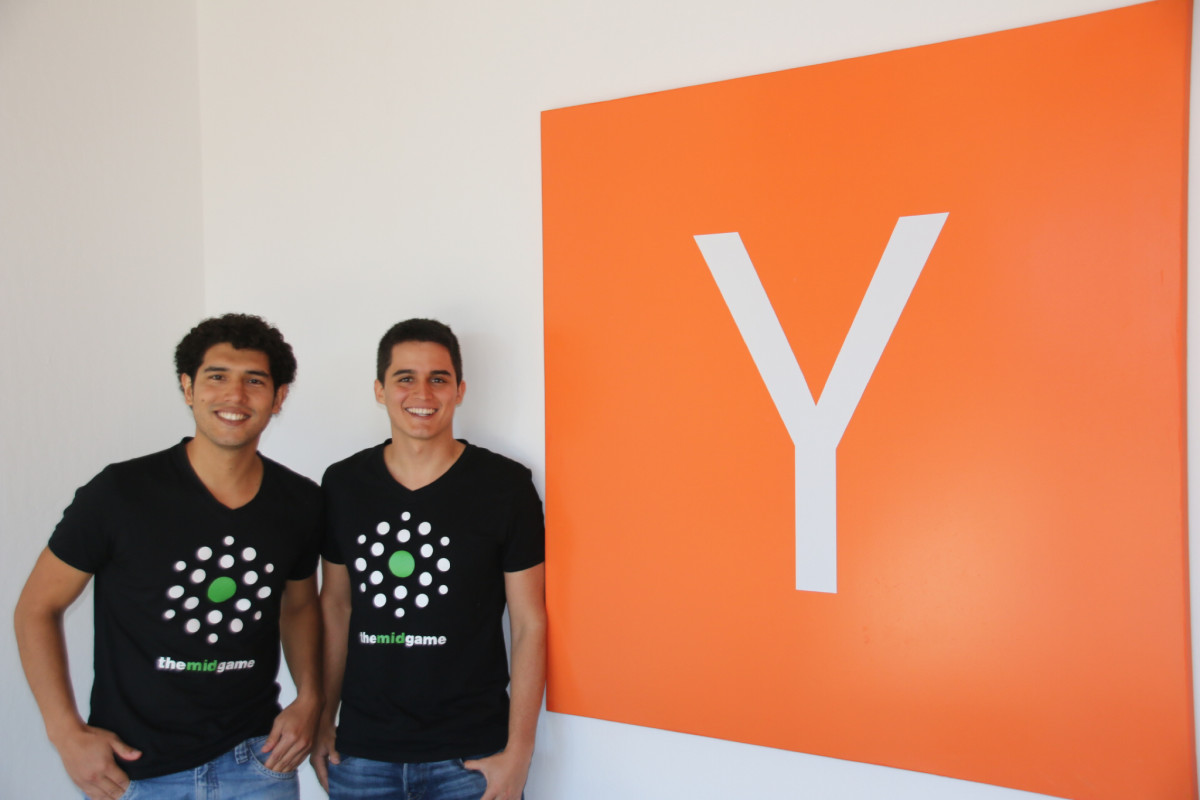 Only a few months after graduating from Y Combinator, the team behind influencer marketing marketplace Themidgame is moving back to Chile, where its founders had previously participated in Start-Up Chile‘s 9th generation of startups.

At the time, Colombian entrepreneurs Andrés Felipe Díaz and Carlos Saavedra had recently launched the first version of Themidgame to connect bloggers and advertisers, and Chile’s government-backed program represented a great opportunity for them. “To go there and get co-working space and mentorship when we were just creating our prototype was really helpful,” they said.

Thanks to Start-Up Chile’s 40k equity-free grant and one-year working visa, they spent most of 2014 in Santiago, before getting accepted into YC’s winter 2015 batch, which they described as “unbelievable.”

However, they had to leave the US soon after YC’s Demo Day last March, and were relieved to find out that Chile would welcome them back: “The biggest challenge we have right now is immigration. We have a company that is generating a good amount of revenue, that went to YC, and however getting a [US] visa is still very difficult. On the other hand, we are happy to receive support from Chile, which is really forward-thinking on how entrepreneurship can change a society and a country,” they noted.

As a matter of fact, Themidgame will be one of the 9 beneficiaries of SCALE, the newly-created follow-on fund launched by Start-Up Chile to further support some of its most promising alumni. The program offers a $100k equity-free grant to its participants, who must commit to have a legal presence in Chile and to mentor a few Chilean startups — an “amazing deal” for Themidgame’s team.

Both Andrés and Carlos are also thankful to Start-Up Chile for the seed round of funding they managed to raise from a mix of US and Latin American investors, some of whom they had connected with during the program.

Going for the opportunity

Andrés and Carlos are both from Cali, Colombia’s third largest city. These two childhood friends also went to the same university, ICESI, from which Carlos graduated in 2004 and Andrés in 2009. It was in 2012 that they came up with the idea that would become Themidgame, at a time when influencer marketing was only beginning:

“I was working in an agency and doing it manually — approaching people with lots of followers for some big brands I was managing, and I was loving it… but it was also very cumbersome to call them one by one, charge them and so on,” Carlos recalled.

By then, Andrés was also working in marketing, and noticed how brands were increasingly keen to connect with influencers, but could use a platform to do so. He and Carlos decided to quit their jobs to work full-time on their project from the very beginning — which may be usual in Silicon Valley, but not so in Latin America. When I asked where they had learned about startup culture, Andrés told me that they both loved to read, and had been learning a lot through foreign books.

In addition, he explained that their university ICESI is “probably the most advanced university in Colombia in entrepreneurship.” For instance, it hosts a ‘startup café’ within its walls, which is also open to alumni. “It was that support that helped us create the MVP for Themidgame,” he said.

Making the most of influencers

Themidgame’s purpose is to help its clients find influencers, but also to ensure that they will connect with them on a personal level in order to create original content. “With some of our competitors, the brands were telling influencers exactly what to post, but that’s not what people want to see on social media,” they explained.

In contrast, Themidgame encourages brands to briefly pitch their campaigns as “social actions” which “content creators” can apply to join. They can then send additional details to those they select, and who will be in charge of coming up with their own copy to promote the campaign.

As for Themidgame, it provides its clients with a single dashboard through which they can handle their campaign. “Managing many influencers used to hours, but now it takes minutes and it’s as easy as working with just one,” they boasted. In that respect, they take pride in their technology, which helps them create detailed reports on campaign performance and demographics.

This is a differential compared to informal influencer marketing, in which conversions are difficult to track. “Now brands can measure it and compare it to their other channels,” they pointed out. Luckily for Themidgame, it often compares favorably.

“In a campaign we have done for a fellow Y Combinator company, we have seen that those who came through influencer campaigns stayed 6 times longer [on the target site], with conversion rates of 20 to 30%,” Andrés told us. He later revealed that the startup in question was Bellabeat (YC W14), which initially launched as “the Fitbit for pregnancy.”

Since then, it has broadened its appeal beyond moms-to-be and focused on one flagship product, the Leaf. This “smart piece of jewelry” acts as a sleep, stress and activity monitor which can be worn by women as a bracelet, clip or pendant.

Influencer marketing was a key part of its launch strategy, which hoped to generate excitement among prospective buyers without giving away specifics about the product. In partnership with Themidgame, Bellabeat teamed up with a select group of 12 beauty and health influencers, who shared a sneak peek of the Leaf through their YouTube channels and other social networks, with a total of around 40 publications.

As a result of this influencer marketing campaign, Bellabeat “collected more than five thousand emails of potential customers,” which later helped it boost its pre-sales. “This effort in synergy with other marketing efforts made THE LEAF launch a success, as the product’s first batch was sold out in pre-orders in the first week,” Themidgame explained in a case study.

The future of marketing?

According to Carlos, “the power of content is in the numbers,” which is what makes influencer marketing so impactful. “If you work with influencers, you can create a large volume of content much faster,” he stated — which is why he refers to content marketing as ‘the future of marketing.’

While it is clearly tempting for brands, it is even more so for laypeople who didn’t necessarily have a way to monetize their online presence, but can now use platforms like Themidgame to ‘sponsor their passion.’ “We want those content creators to keep doing what they are doing and make a living out of it. We think it’s going to be a full-time job in the near future,” Carlos said, while revealing that the platform receives “hundreds of applications” each month.

Unsurprisingly, Themidgame is far from being the only platform hoping to capitalize on this opportunity. As you may remember, Twitter made the acquisition a few months ago of a service called Niche, whose purpose is precisely to connect brands and influencers. In addition, other marketplaces have emerged that focus on specific regions. In that context, Themidgame hopes to differentiate itself by its global vision. “Some of our competitors only look at LA [Los Angeles] and we disagree,” its founders told us.

Of course, there is no doubt that talent reps are interested in getting new gigs for their clients, and that ad agencies are looking for influencers on behalf of the large brands they work with. However, Themidgame is also interested in expanding its reach to smaller players. It is indeed launching a self-service version of its platform, that smaller brands and startups will be able to use. It is starting out in beta, with 5 agencies as its first testers.

It is worth mentioning that Themidgame was part of the 5.26 percent of companies in YC’s winter edition 2015 that had at least one Hispanic founder, alongside Bluesmart, DemocracyOS and Platzi (disclosure: I am now working part-time for the latter). In a sense, this makes them even more eager to be successful: “There aren’t many Latin Americans who made to YC so we see ourselves as having a bigger responsibility. We want to succeed, but more than that, to be one of the success case stories of Latin America’s entrepreneurship,” Carlos said.

According to Andrés, there are already some signs that others may be inspired to follow their footsteps: “After seeing us go through Start-Up Chile and YC, many of our friends now believe they can change the world,” he concluded.

Read next: How to make money with WordPress