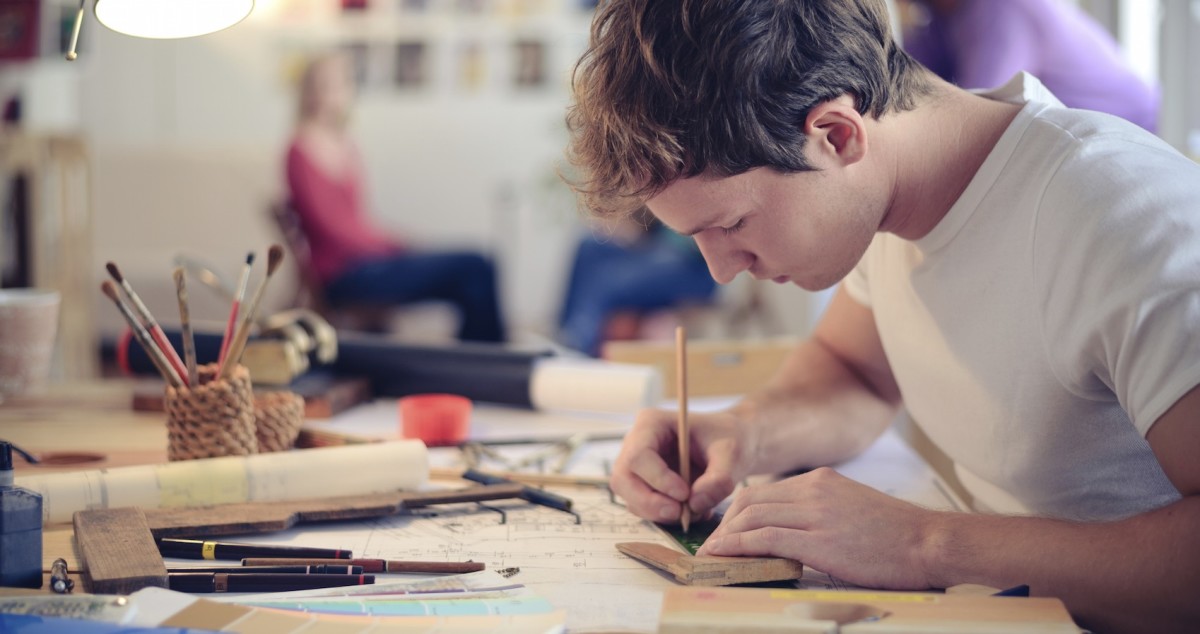 Finding a creative idea with your team is not about waiting for someone to come up with that one good idea out of the blue. Rather, research into creative teams shows that the road to good ideas is paved with bad ones.

Creativity, it seems, is full of detours, cross roads and cul-de-sacs—and the more false tracks, the better. The more you are wrong, the more you will be right in the end.

Here are five insights that will teach your team to be wrong the better way , based on research by Prof. Teresa Amabile at the Harvard Business School and others on creative teamwork.

Researchers confronted nine teams of designers with the same problem: design a space hotel that would fit the needs of six space tourists.

The team that scored the worst had the lowest number of sketches. The lesson being to come up with a qualitative, creative project, you need to draw a lot of “bad sketches.”

To get teams to create lots and lots of bad sketches, you need them to show their bad sketches – and then, listen to feedback of their colleagues and create more sketches. Creativity is not only a team sport, it’s a contact sport. Those with easily bruised egos need not apply for creative teamwork.

The winning team stood out because of the high volume of discussion and forum posts shared between team members. The weakest team shared only a handful of forum posts about their sketches and ideas, leaving almost no room for feedback and healthy disagreement.

Scientists term this “reactivity,” referring to how often team members react to each other’s proposals. The team’s rhythm is determined by this reactivity. It tells us that a team is more than the sum of its parts; by working on communication and reactivity in a team, you can make the team more creative.

It is possible to set up a system that produces creativity, or as the researchers put it “creativity does not happen inside people’s heads. It is systemic rather than an individual phenomenon.”

Experimenting with ideas is also a way to increase self-learning. Science shows us that to become more creative at your job, you need to become “a researcher” in your field, and “engage in a continuous process of self-education.”

Collaboration helps you to educate yourself, especially if it allows other people to give you feedback. Researchers call this dialogue with others “reflection in action,” and it’s key to creating more knowledge in your team:

“Knowledge is created through the transformation of ideas and experiences among the team members through critiques and comments. This occurs through collaborative sessions in which the team members work together towards one common […] idea, and provide as many different ideas as possible.”

Learning from one’s errors increases knowledge and relevant skills, or the foundations for your team’s problem solving and creativity.

To make it easier to share “bad sketches” and to give feedback on them, you might want to look at digital environments. They can be safe havens where people can share ideas, give and receive feedback, and learn from each other. Yes, using Slack or other digital tools does make your team more creative.

The study states that, “the digital environment is a component that is related to creativity on all levels.”

It helps team members to speak more freely, increasing a team’s reactivity, but it also produces a shared “record of mental imagery,” a digital trail of breadcrumbs that shows which ideas you have pursued, and how far you took them. Ideas can take a concrete form in digital spaces, they are also more easily shareable and allow self-reflection.

Jeremy Le Van, co-founder of Sunrise (recently bought by Microsoft for $100 million), showed at the Design Driven NYC event in March this past year why he would never use email, but instead relies on other tools like Slack or GitHub.

These allow the discussion of ideas on special channels without interrupting anyone. Emails remain a good tool to communicate longer messages, but not to have vivid discussions.

Allocating the right resources to a project confirms the perception that the project is valuable and important. That, in turn, makes your team more motivated to work on the project—and motivation enhances creative activities.

Resources can take many forms. Money is one, but time is just as important. A team will need to have sufficient room for discussions, self-learning, and error. Time pressure is healthy, researchers say, but only if it stems from personal motivation, i.e. if teams want to solve a creative puzzle now. If you tell them they need to solve it right now, it might have the opposite effect, as “Time pressure perceived as imposed externally” undermines creativity.

The need for resources also means putting enough people on a project, and particularly people from very different backgrounds because, “exposing individuals to a greater variety of unusual ideas […] positively impacts creative thinking.”

For anyone who is working with a team, all this is great news: it shows that you can set up systems, tools and processes that enable your team to rise above itself. What are you waiting for? Go be wrong about something!

Read Next: 6 reasons why exercise can supercharge your productivity