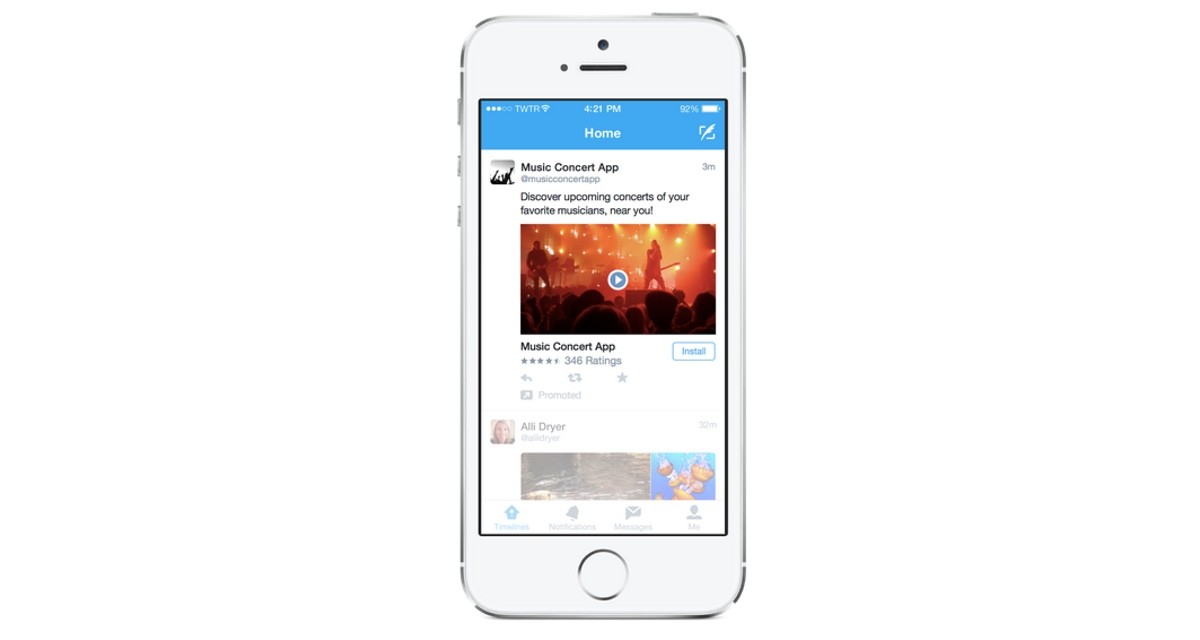 Twitter is making more changes to its mobile advertising platform. In a blog post celebrating one full year of mobile ads, Twitter says app ads will soon have the option to be video-based.

The video ads will be much like those you find on other platforms, such as iTunes. Twitter isn’t limiting advertising to in-app activity as Apple does, though, so videos could also cleverly highlight the benefits of the app.

The company is also changing how advertisers pay for ad space. A new “optimized action bidding” scheme only charges for ads that see results:

This new bidding type allows app install advertisers to optimize their bids according to install, while still paying by app click — offering another way to lower cost-per-installs and yield the highest possible ROI.

Advertisers can also bid and pay for ads based on installs. Twitter says that can increase cost-efficiency for many of its customers.

Read next: Twitter is experimenting with ads on user streams