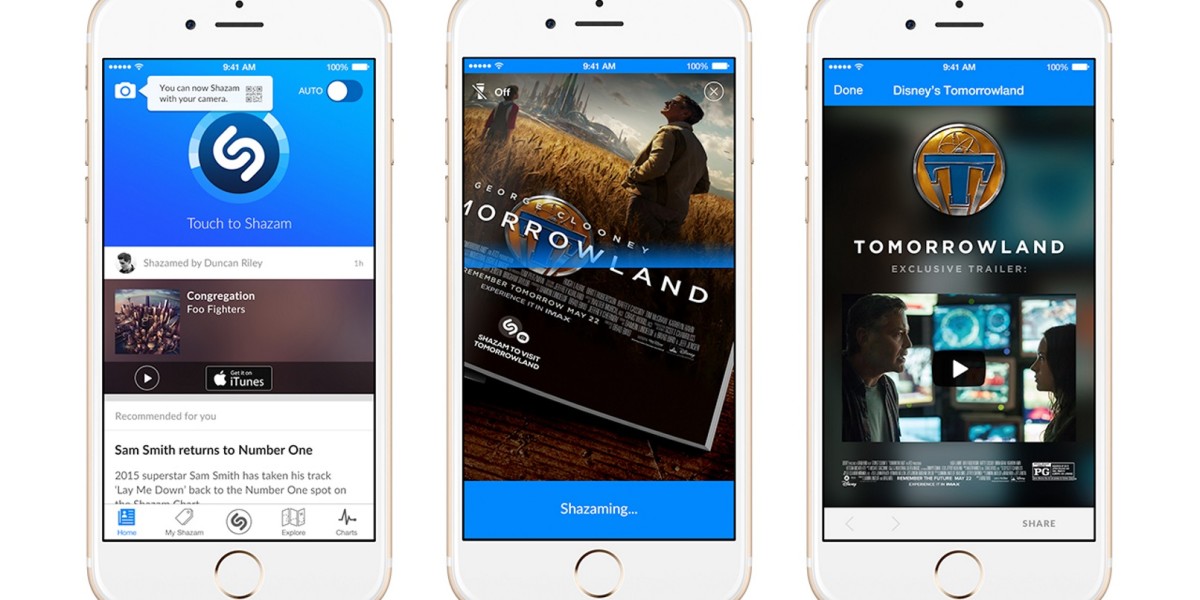 As Shazam teased earlier this year at CES, the company is planning to expand beyond its music recognition technology and into the visual space. Today, the company officially launched “Visual Shazam,” an interactive experience that users can obtain by scanning various products, QR codes or print ads.

Shazam is launching this feature with a few partners from various industries, including Levi’s, Guerlain, Hearst, Condé Nast, Time, Harper Collins and Disney in promotion of its new movie, “Tomorrowland.”

To find a Shazam-able ad, look for the Shazam logo with the camera icon. You can use the Shazam app to scan the visual, then be taken to an interactive experience on your mobile device. These experiences include augmented reality visuals that works with the object you’ve just scanned, exclusive behind-the-scene videos and coupons.

The company previously hooked brands in by offering a Shazam button on TV and radio ads, using the audio as a cue to link potential customers to various ad content.

With Visual Shazam, users can scan just about any visual object they’re curious about – provided they adorn the Shazam-capable logo. It’s basically a fancier version of QR codes, but with more context from an app many users are already familiar with.

Read next: Deliverd uses downtime at cafes, bars - even a homeless charity kitchen - to make your lunch