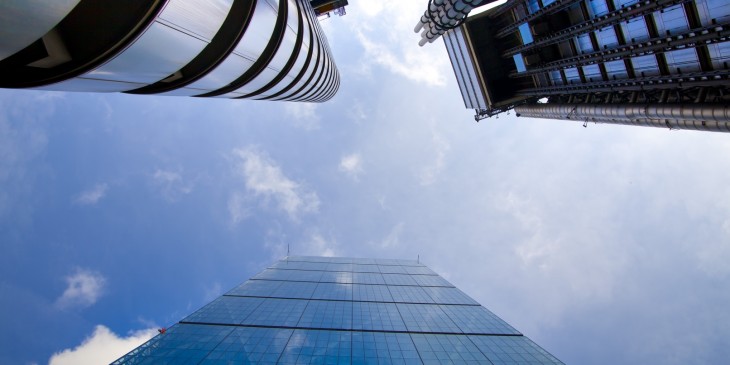 This article is part of a series written by speakers featuring at our upcoming 10th anniversary TNW Conference Europe.

Brewster Kahle is the founder of the Internet Archive, one of the largest digital libraries in the world, home to the Wayback Machine and 20 petabytes of our shared cultural history.

One of my heroes, Larry Lessig, famously wrote that “Code is Law.” In other words, the way we code the Web will determine the way we live online, so we need to bake our values into our code.

Freedom of expression, privacy, and universal access to all knowledge should all be baked into the code. But right now, those values are not embedded in they way the Web works.

It turns out that the World Wide Web is very fragile. At the Internet Archive we collect one billion Web pages a week and we’ve discovered that Web pages last only about 100 days on average before they change or disappear. They blink on and off in their servers, gone forever unless someone has thought to preserve them. So the Web lacks a memory, an enduring archive of what has transpired there.

The Web is also massively accessible–unless you live in China. The Chinese government has blocked the Internet Archive, the New York Times, and other sites from its citizens, as do other governments periodically. So the current Web is not reliable.

And the Web isn’t private. People, corporations, countries can spy on what you are reading. And they do. Thanks to Edward Snowden, we now know that Wikileaks supporters were targeted by the NSA and the UK’s equivalent, the GCHQ; these agencies monitor visitors to the Wikileaks site, recording their IP addresses and the search terms they use. Coming from the world of libraries, we understand the value of reader privacy.

I believe we need a Web that is reliable, private and still fun — open enough to inspire innovation and risk-taking (at least we got the third one right!) Contrast the current Web to the internet—the network of pipes on top of which the World Wide Web sits. The internet was designed so that if any one piece goes out, it will still continue to function. The internet is a truly distributed system. What we need is a next-generation Web; a truly distributed Web that is reliable, private and fun—and I believe it’s within our reach.

Here’s a way of thinking about it: take the Amazon Cloud. The Amazon Cloud works by distributing your data, moving it from computer to computer—shifting machines in case things go down, getting it closer to users, and replicating data as the it is used by more people. That’s a great idea. What if we could make a Distributed Web work that way, but across the entire internet, like an enormous Amazon Cloud?

In part, it would be based on peer-to-peer technologies — systems that aren’t dependent on a central host or the policies of one particular country. In peer-to-peer models, those who are using the distributed Web are also providing some of the bandwidth and storage to run it. Instead of one web server per website we would have many. The more people or organizations that are involved in the distributed Web, the safer and faster it will become. The next generation Web also needs a distributed authentication system without centralized log-ins and passwords. That’s where encryption would come in.

And it also needs to be private—so no one knows what you are reading. The bits would be distributed—across the Net—so no one can track you from a central portal. And this time the Web should have a memory. We’d build in a form of versioning, so the Web would be archived through time, longer existing only in a land of the perpetual present. Plus it still needs to be fun—malleable enough to spur the imaginations of millions of inventors.

How do we know that it can work? There have been many advances since the birth of the Web in 1992. We have computers that are now 1,000 times faster. We have Javascript that allows us to run sophisticated code in a browser, allowing readers of the distributed web to help build it. Public key encryption is now legal, so we can use it for purposes of authentication and privacy. And we have Block Chain technology that enables the Bitcoin community to have a global database with no central point of control.

I’ve seen each of these pieces work independently, but never pulled together into a new Web. That is what I am challenging us to do: funders, visionaries, coders, and activists– this can be a Big Deal, and it’s not being done yet! By understanding where we are headed, we can pave the path forward.

Larry Lessig’s equation was Code is Law. We could bake the First Amendment into the code of a Distributed Web. We can lock the web open, making openness irrevocable.

We can build this.
Let’s do it together.

Read next: Amazon's newest delivery drone prototype has approval for testing in the US