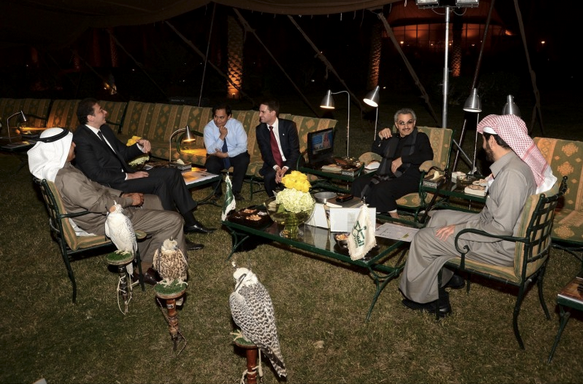 An official release from the Prince’s team states: “HRH and Mr. Spiegel discussed political, business and economic issues. The two also discussed Prince Alwaleed’s investments in the US… Also, on the agenda of discussions was future potential business cooperation between KHC and Snapchat.”

Prince Alwaleed is the  majority owner of Kingdom Holding Company, which has a number of investments in technology companies like Twitter and Chinese e-commerce company JD.com, Inc.

This meeting is notable as Snapchat is currently embarking on a funding round that could see the company being valued at $19 billion. With the Saudi Prince being  the largest individual foreign investor in the US, it will be interesting to see what comes out of this rendezvous.

Snapchat and KHC did not comment on the meeting when contacted by TNW.

Read next: 9 of the best Apple Watch quotes