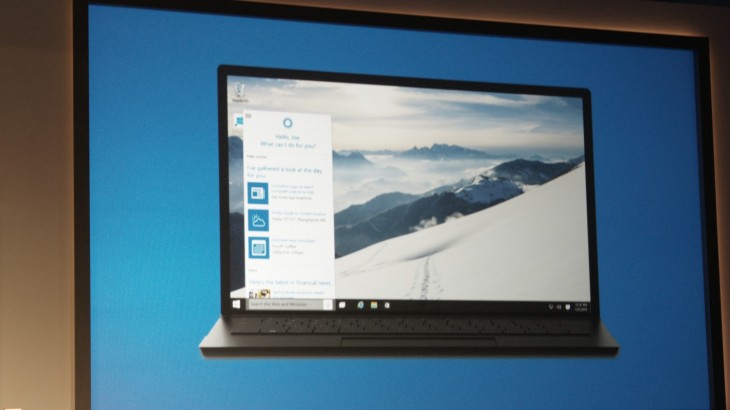 As Microsoft continues to blur the lines between its mobile, tablet and desktop devices, the company today announced its Cortana virtual assistant is coming to its PC version of Windows 10. It was first introduced with Windows Phone 8.1.

Cortana’s logo will appear in the taskbar to simplify access for desktop users. Like a mashup of Google Now and Siri, she’s able to provide intelligent contextual suggestions for things like restaurants or movies while responding to your queries with a personality as well.

Of course, she can perform your standard voice commands, like running a Bing search or playing your music. Microsoft even showed the virtual assistant predicting results for this year’s Superbowl, and the company says the assistant will become smarter with every use.

One advantage over other virtual assistants is what Microsoft calls the ‘Notebook’, which shows what custom information Cortana has stored on you. You can delete or customize this information to make Cortana’s suggestions more intelligent.

Of course, Cortana will be available on Windows 10 for mobile devices as well. The assistant works across platforms, so you will be able to look up directions on your PC and then pull them up on your mobile device, for instance.

Read more: Everything Microsoft Announced at its Windows 10 Event