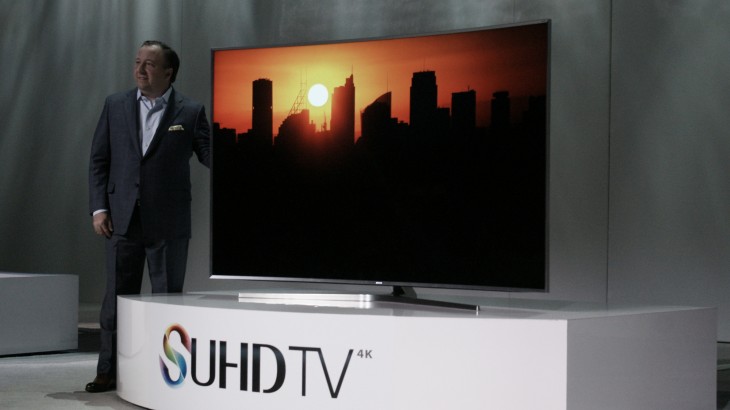 CES was the birthplace of 3D TVs; companies trumpeted the technology in 2013 by cramming it in basically any device that would take it and 3D movies were everywhere. It felt like 3D was here to stay.

At CES 2013 and then 2014, some TV makers like Vizio and Panasonic started rejecting 3D, discovering that it wasn’t working out quite the way they planned. Consumers didn’t want the technology as much as they expected, but many like Samsung and Sony pushed on anyway.

This year, 3D TVs are completely, utterly missing. And it’s great. If you wanted any evidence that they’ve effectively gone nowhere, look to CES 2015.

From what I can tell, there are effectively no major TV makers working on 3D products for 2015. The fight has been taken to Ultra-HD 4K displays, the operating system the TV runs(!) and curved panels instead.


What TV makers wanted you to do (via Shutterstock)

As it turns out, convincing families to sit on their couches with goofy goggles was a stupid idea and almost nobody wanted it. 3D movies were expensive to buy and the technology meant that unless you were basically directly in front of the TV it looked terrible anyway.

3D movies are still around in the theaters(although seemingly less of them) , since they’re more profitable than their 2D counterparts, but with many unable to watch them at home will it continue to be popular? Time will tell.

Television builders seemingly have the attention span of a squirrel and spend most of the time trying to convince everyone that the hip new thing they’ve got is worth the upgrade for your money. This year’s hot thing? Curved TVs.

The TV builders are spending this year’s CES pouring themselves into telling everyone that curved displays (well, all but Vizio) and 4K are here to stay; it’ll be interesting to see just how long it takes them to realize that most people didn’t mind owning a flat screen after all.

I mean, sure, curved looks nice, but other than extremely rich folks who just need the latest thing on their wall, who is going to run out and buy one? If Michael Bay couldn’t think of a way to sell one ad-hoc, that’s probably evidence enough.

It’s actually a little odd that 3D is disappearing into the background just as curved displays get popular, since the curved screen can actually help with two of 3D’s biggest problems: crosstalk and lowered resolutions on passive glasses.

Talking about what’s next in TV is pretty boring; other technologies like the Virtual Reality goggles Sony, Samsung and Oculus are all separately working on are far more interesting and far more promising than a curved panel or even 4K, but that’s not quite ready just yet.

Let’s call it: 3D is dead. Will curved TVs be next?