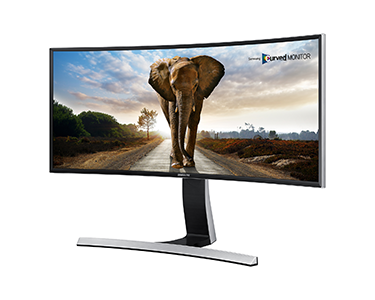 Curved screens are the newest display fad, and in 2015 you’ll be seeing more of them than ever. However, so far the technology has been fairly exclusive to television displays.

Aside from these flagships, Samsung is also announced the SE510 (24 and 27 inches) and the TV-ready TD590C (27 inches) curved displays.

Although the usefulness of curved televisions has often been questioned, curved monitors are a bit different; users sit much closer to monitors than televisions, making the curve more noticeable and arguably more immersive than when sitting 6 or 7 feet away from a TV.

Read next: It's not just you: Twitter's stream is having trouble