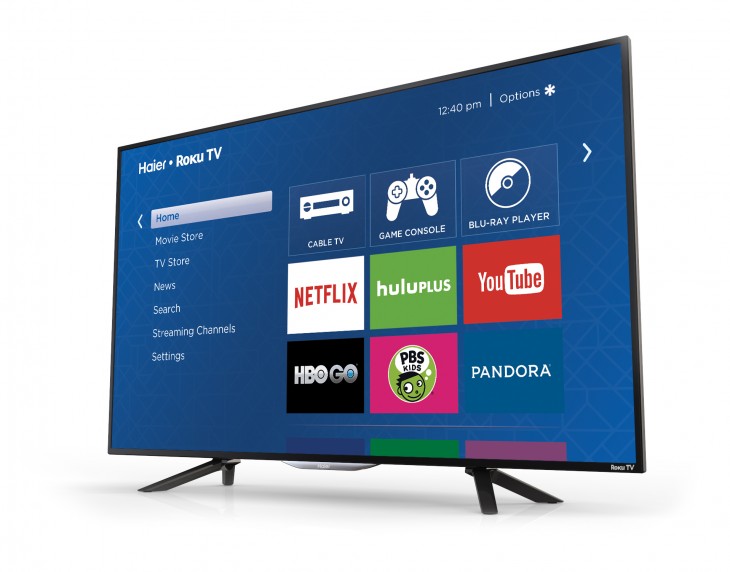 Roku’s foray into partnering up with TV manufacturers is expanding while it’s committing to the future of 4K.

Today the company announced two new Roku TV partners; Haier and Best Buy’s Insignia brand. The Insignia Roku TVs will launch in the spring while the Haier line of TVs will be available sometime in Q3 of 2015.

Haier plans on dropping models with screens ranging from 32 to 65 inches, with the 40 and 65-inch models sporting “Full HD resolution and a Sound Chamber that produces enhanced sound quality, with superior dampening, improved mid-range response, cleaner and deeper bass, as well as overall richer sound texture.”

No word on the screen sizes of the Roku TV for Insignia.

Roku also announced that its future Roku TV models will support 4K streaming, including Netflix’s 4K content. The company will be sending out reference design units to OEMs with current Roku TV partner TCL being the first 4K hardware partner.

Unfortunately, no word on 4K streaming-enabled set-top boxes. However, the company told TNW that it will pay attention to 4K TV announcements at CES.

Roku started partnering with TV manufacturers in 2014 to produce Roku TV models of televisions. Except for the a few modifications to handle inputs and other TV related features, the OS is identical to the Roku brand of of set-top boxes. Its current partners, TCL and Hisense both have TVs on the market.