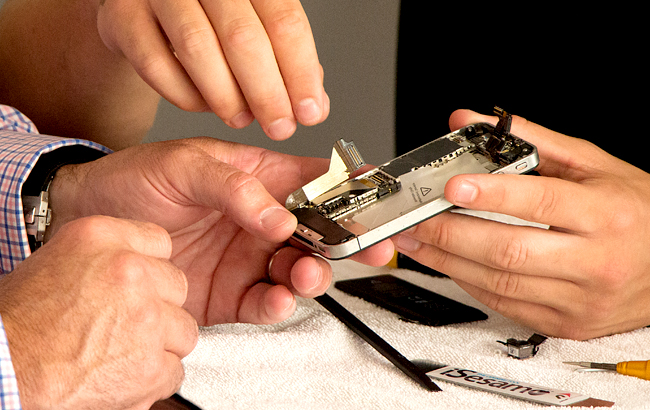 In this age of 24/7 connectedness, where there’s a problem, a solution is usually not too far behind. This is certainly the case with iCracked, a Silicon Valley-based company founded in 2010 that delivers an on-demand repair and trade-in service for phones and tablets.

So, if you smash your iPhone screen and need it fixed pronto, you call on iCracked using the website or iPhone app (if your iPhone is working), who dispatch an ‘iTech’ to come out and fix it. That’s the essence of the service in a nutshell, at least.

Now, the Y-Combinator company is officially landing in the UK too, kicking off with London. To start with, there will be more than 30 technicians serving the UK capital, with a country-wide rollout expected in the months that follow. While the company already laid claim to an army of iTechs in the UK and other countries, this represents iCracked’s first official launch outside the US, with an office located in the Shoreditch area of London.

Though iCracked began life as an iOS-focused service, it has since branched out to cover Samsung devices too, while in the US it also operates a buy-back service for older handsets. This add-on service will hit the UK some time in 2015.