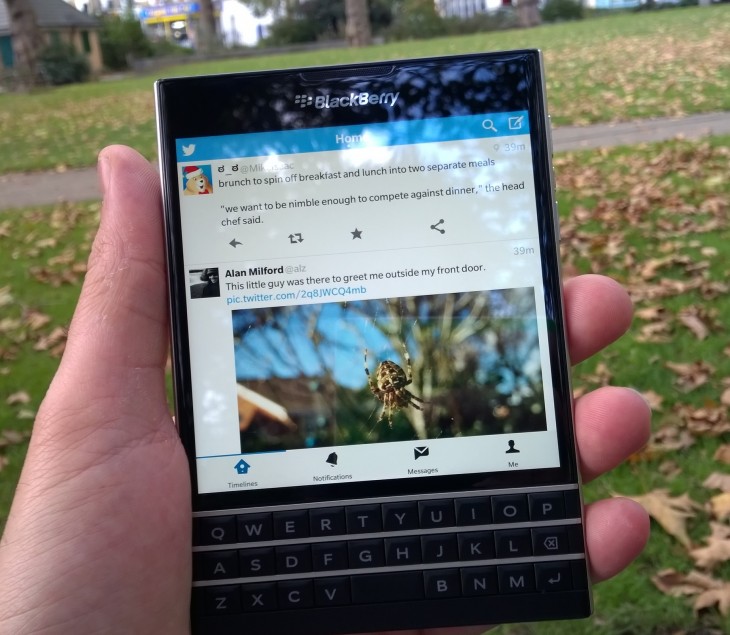 BlackBerry has struggled as of late, but it’s trying hard to lure users over to its latest hardware. The  company today announced that it’s offering a ‘trade-up’ program that could save iPhone owners up to $550 on a purchase of a Blackberry Passport.

The payment is split up into a $150 as a Visa Prepaid card for every device, plus up  to $400 dollars depending on the model and condition of the phone. Blackberry is accepting every iPhone model since the 4s, but that model will only net you $90 in addition to the $150 card.

The trade-up program starts on December 1 and lasts until February 13 of next year, and is only available in North America.You can get the estimated trade-in value of your iPhone on Blackberry’s dedicated page.

Additionally, Blackberry is also offering a limited time $100 discount on the Passport and $275 off of the Z30 on its online store for the holidays.