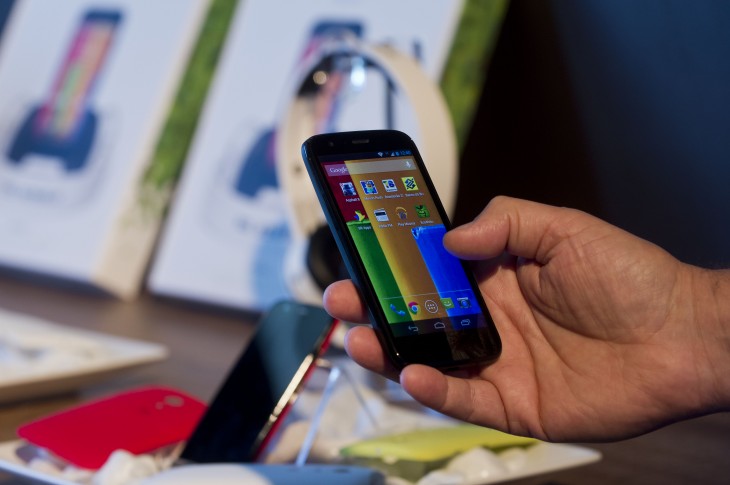 According to data from a Kantar Worldpanel ComTech report for the three months to February 2014, Motorola’s budget Moto G device has helped boost the company from “almost nothing” to account for 6 percent of British smartphone sales in just six months. The Moto G was launched in November last year.

Dominic Sunnebo, the strategic insight director at Kantar, comments: “It highlights the speed at which a quality budget phone can disrupt a market. The same pattern can be seen in France with Wiko, which has 8.3 percent share, and Xiaomi in China with 18.5 percent.”

Meanwhile, in the US, Kantar notes that “Android’s momentum has returned after iOS’ share peaked as a result of the release of the iPhone 5S and 5C models.” Android’s share of smartphone sales is at 55 percent — up 3.9 percent compared to last year. LG is the Android manufacturer growing the fastest in the US, making up 8 percent of all sales to make it the third-largest manufacturer, as the high-end G2 drives sales.

Sunnebo says: “The LG G2 marks a significant change in direction for LG, now aiming squarely towards the top end of the market. Customer recommendation figures for the past three months show the LG G2 has the highest rating of any new handset at 9.2 out of 10, followed by the iPhone 5s at 9.1 and Samsung Galaxy Note III at 9.0.”