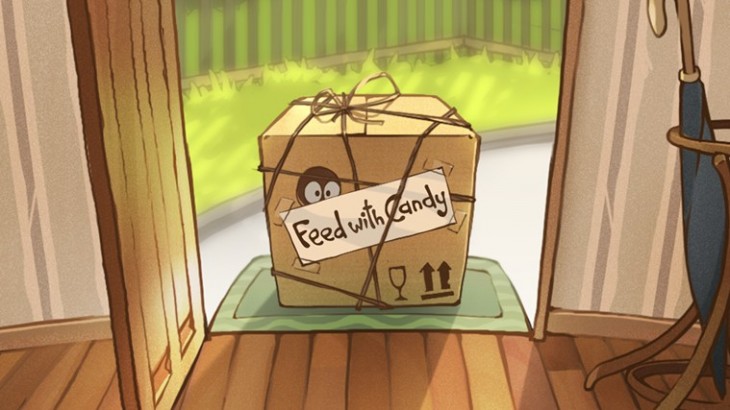 Candy Crush Saga creators King may have canned plans to trademark the word ‘Candy’ in the US, but its application to own rights to the word in the EU remains very much intact.

King acquired the trademark in the EU for ‘Candy’ from a company that had entered bankruptcy, before word spread in January this year that it had been approved with specific reference to video games and clothing. But the UK registered-arm of ZeptoLab, the folks behind other ridiculously popular games including Cut the Rope, tell us it has “…begun the process of cancelling King.com’s registration of ‘Candy’ in the European Union by submitting an official claim in London.”

This process started on March 20, and ZeptoLab says it’s aiming to “allow game developers and others to freely use the term ‘candy’ to refer to any games that may include candy.”

From ZeptoLab’s perspective, its objections stem from the fact that it uses the word ‘candy’ in its own games – in Cut the Rope, players feed pieces of candy to Om Nom, a little green creature.

“Candy is an integral part of the Cut the Rope franchise, and we do not support King trademarking and preventing others from using it,” explained ZeptoLab CEO Misha Lyalin.

Back in January, King issued an open letter defending its moves to trademark the word Candy, but later explained its decision to pull the plug on the US application:

“King has withdrawn its trademark application for Candy in the U.S., which we applied for in February 2013 before we acquired the early rights to Candy Crusher. Each market that King operates in is different with regard to IP. We feel that having the rights to Candy Crusher is the best option for protecting Candy Crush in the U.S. market. This does not affect our E.U. trademark for Candy and we continue to take all appropriate steps to protect our IP.”

King’s main trademark moves of late have been centered around preventing so-called copycat games and applications – ones that use ‘Candy’ or ‘Saga’ in the title, or otherwise deliberately attempt to cause ‘brand confusion’. Whether it would actually bother chasing developers who just happen to use ‘candy’ within their games, especially games (such as Cut the Rope) that pre-date Candy Crush Saga, isn’t clear.

It’s clearly something ZeptoLab doesn’t want to have to worry about though, especially given that it may use the word ‘candy’ in game descriptions or related merchandise – such as t-shirts. It’s also worth noting here that just last year, ZeptoLab UK’s application to trademark ‘Feed With Candy’ was granted, but that’s a much  narrower and more specific trademark.

The timing of this announcement from ZeptoLab is notable too. Back in February, King announced it was filing for IPO, and the estimated $7.6 billion flotation is happening this week. Whether this is a deliberate move by ZeptoLab, timed to correspond with King going public and thus attempt to impact its share price, isn’t clear, but we are told that it is “purely coincidental”.

The long and the short of all this is that ZeptoLab wants to “dissolve” King’s applications for registration of the word ‘Candy’ in the EU. And it looks like the Candy Crush saga is set to continue for a while yet.