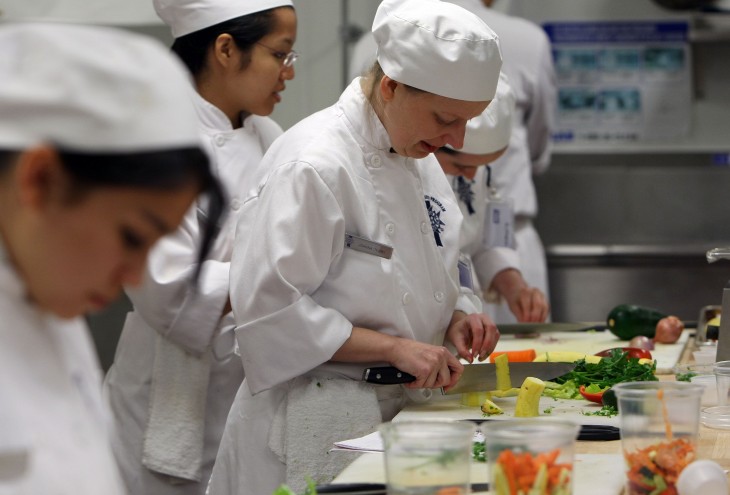 Pinterest has launched an improved search feature to help users find recipes on its interest-based social network. This update is intended to allow you to sort based on dietary restrictions and offers a more specific search based on ingredients. Development of this release was led by Jeff Miller, the former CEO of Punchfork, whose company was acquired by Pinterest in 2013.

This new feature is being rolled out on the Web with plans to make it available on its mobile app soon.

As you can see from the above screenshot, when parsing through recipes, users can filter them based on specific dietary restrictions such as if they’re vegetarian, vegan, gluten-free, or paleo. Of course, if they want to just eat whatever, regardless of if it’s healthy or not, there’s the “indulge me” option.

Today’s release also marks the latest update to Pinterest’s useful Pins feature, which leverages structured data to help provide more relevant information for users. In this case, it’s utilizing the ingredients, cooking time, and the number of servings so you don’t have to just put in “quinoa salad”, but rather “avocados, black beans, and bell peppers” and the recipe for the dish would be displayed.

Other similar Pins include the ones being used for Pinterest’s travel feature, which it released in November.

Pinterest says food is one of its most popular categories and feels that helping to draw meal inspirations is something its users would greatly appreciate.

Read next: Adblock Plus releases Safari extension in beta, promises same features as for Chrome and Opera