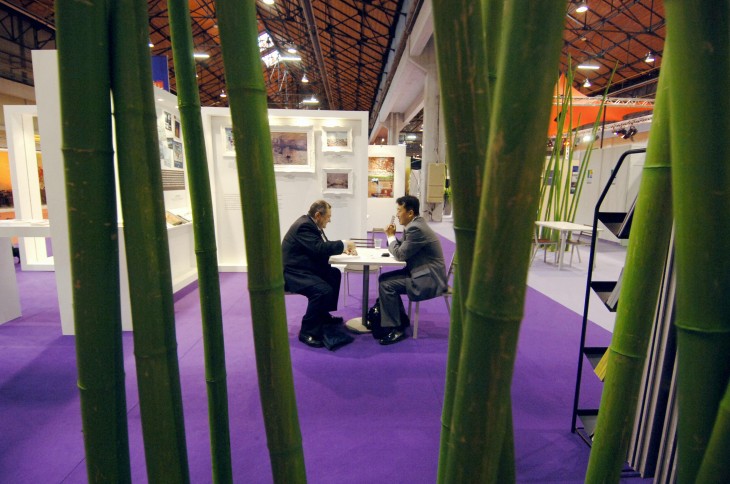 The world has been inundated with nearly hundreds of startups participating in the so-called collaborative economy. In this space, where consumers are using technology to help them find retailers and businesses instead of going to big brands, companies like Uber, Postmates, TaskRabbit, Airbnb, and other service providers like Makerbot and Kickstarter thrive as they grow in popularity.

But what if large enterprise companies and brands want to participate as well — what are their options?

Former Forrester and Altimeter Group analyst Jeremiah Owyang believes that he has a solution with his new company Crowd Companies. Unveiled at the 2013 winter edition of the Le Web conference, Owyang’s venture centers around the creation of a brand council that will function akin to WOMMA or SocialMedia.org as a membership organization.

In his vision, brands and startups with a deep interest in the socialization of goods and services will join to share ideas, meet with thought leaders and experts, and find ways to work together to bolster the marketplace. Crowd Companies already has the backing of 20 large corporations, including GE, The Home Depot, Whole Foods, Intel, Hyatt Hotels, Ford, Western Union, Adobe, Nestle, and Verizon. Some of them may even be directly participating in the collaborative economy.

Each member pays an annual fee to participate and receives up to five seats. Owyang tells us at he hopes each company will fill the seats with someone from every department. In return, each business will be able to attend member-to-member council calls to talk about the state of the industry, participate in an online community, and join real-world events.

Crowd Companies may also provide some companies with opportunities to make potential acquisitions or partnerships. There may even be someone who wants to create a deal similar to what Etsy did with Nordstrom and West Elm in March.

Owyang hopes that Crowd Companies will be viewed as an authoritative body in the space. He views the industry as becoming so large that corporations become more fearful of its influence and potential damage to their wallets. Only time will tell if Crowd Companies becomes fulfills its purpose. It will definitely be interesting to see how large companies adapt to the changing landscape brought about by these smaller startups that have disrupted their respective industries.

Read next: UberConference customers get unlimited call recording in an updated version of the conference call service