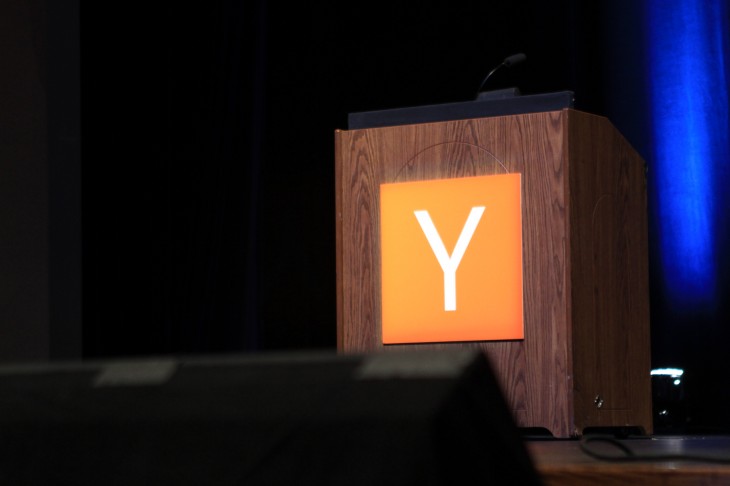 Startup accelerator Y Combinator is holding its 9th annual Startup School event in Silicon Valley and one of the first speakers to share their experience and knowledge was Evernote CEO Phil Libin. During his 30 minute talk, he spoke about the rocky road that the company went through to get to where it is now.

Your co-founders should be your best friends

The first important lesson he learned was to have great co-founders. He says that Evernote was his third startup and in each one, he had the same group of “really, really brilliant, high energy, willing to work for free, best friends for life.” The co-founders met in a college computer class and have remained a team since then and that startups shouldn’t have co-founders that you wouldn’t be friends with in real life. Developing a crew, it’s an important part of having a successful company.

With his first company, Engine 5, Libin says that it intended to be a consulting firm, but as engineers and designers, the team was unaware of the concept of investors. Interestingly, there wasn’t any motivation towards starting the company, but rather to see what it would be like. His second lesson to share: Setting the rules and being your own boss sucks. It’s amazingly hard work but the rewards are immediate and lasting. Libin says that after working hard for two years, the company sold — except that the team didn’t have any idea on how to sell their startup. Eventually they did.

After selling two companies, Libin says that they wanted to create a product that they really love, not just create a company for the sake of the company. They didn’t want to be consultants anymore. The team focused on what the market wanted and sought to create something that they loved, thereby making them the target audience , without looking forward to selling the company.

Bottom line: there’s no exit strategy for your life’s work.

Build something that you love

The team thought about what they like and pondered things like video games, except that the world wouldn’t be “significantly better” with another video game company. Then they looked at social media, but realized that there were plenty of competitors like MySpace (at the time Facebook was still in its infancy). However, when it came around productivity services, they realized that existing offerings provided a horrible experience. So they looked at building the model definition of being effective and make you a knowledgeable worker.

Libin says that starting Evernote was an unconventional start — it didn’t go through the normal Silicon Valley start where it went through an accelerator, got a Series A fund, etc. Rather, the company was formed as a result of the merging of two companies. He says the next lesson learned is: It does not pay to be clever in the structure of your company — Libin says that until the company was significantly profitable, it never received a glimpse from investors. This resulted in Evernote not raising money for 18 months.

Evernote eventually cleaned up its act and received friends and family investment to keep it going. Months later, it received $10 million from a European firm and when it was closing in fall 2008, it wound up being the same time as the Lehman Brothers collapse, which resulted in the firm reneging on its investment. At that time, Evernote had only three weeks of capital left and was in a quandary since it had signed an exclusivity agreement previously. Libin tried to get in touch with other investors, but to no avail.

Things turned dire for Evernote when Libin was about to walk into the office with two weeks left in capital and fire everyone in the company. On the eve of this decision, Libin received an email from a customer that appreciated the service, cheering him up. Unbeknownst to him, it was an investor who wired $500,000 to the company, which helped keep it afloat.

Its future began to pick up with investors from various countries coming in. Eventually it secured its first major investment from DoCoMo.

Running a company is fun, but not day-to-day

But it never got any easier for Libin. As Evernote received sizable investments, things got harder because he realized there was an actual company and it needed to prove itself and put out a great product. He says that founders shouldn’t be in the business if they think it’s going to get easier. It becomes more rewarding, important, and fun to run your own business — more month to month, but difficult from a day-to-day basis.

So should entrepreneurs start a business now? Libin says that it’s a lot easier now because if you’re building something that you love, chances are that there will be a billion other people that will love it as well.

In short: Make something sufficiently epic, something that you think will be great, and don’t be friends with people you can’t build things with.

Read next: Gmail gets a refreshed log-in page and now saves your account history to make it easier to sign back in