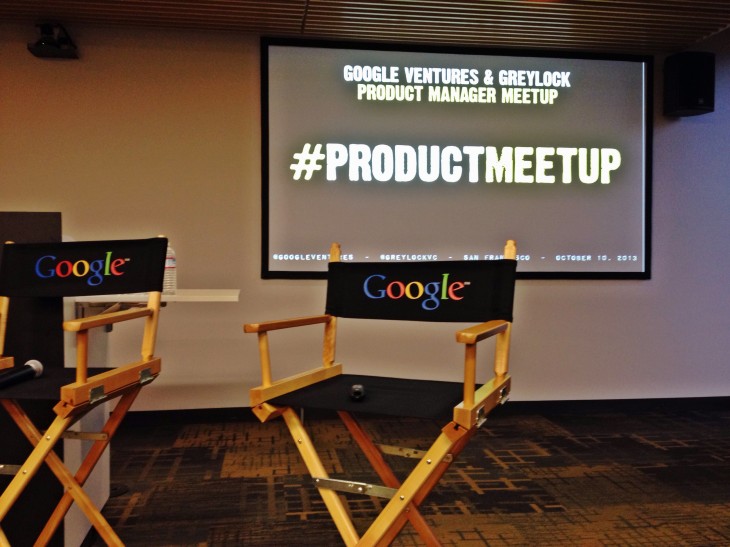 In the world of technology, it’s often the engineers and designers that are among the most celebrated. They are the people who literally build amazing products that we enjoy, such as Instagram, Gmail, Twitter, Android, iOS, and other software, hardware, and services. But it’s not magic that helps guide them to take an idea from start to finish — that heavy responsibility rests on the shoulders of product managers (PM).

Perhaps the unsung heroes of the industry, these skilled professionals are the people who manage the every movement of the product’s lifecycle, taking the idea from the CEO and executive level and guiding it through development. They are the ones who help dictate its strategy and ensure that it’s a fit for the company’s users.

The ones that tell you what should be built

Earlier this week, we had a chance to sit in on an event that brought together hundreds of product managers in the technology space under the auspices of building a strong network to share experiences and grow the profession. It was organized by Google Ventures‘ Ken Norton and Greylock Partners‘ Josh Elman — two individuals who are well-regarded in the space.

Prior to the meetup, we sat down with Norton and Elman to talk more about what it’s like to be in the profession, challenges and where it’s going.

Norton tells us that product management has been defined differently for some people over time, but one of the things that is starting to be realized is that it can be an actual career, not something you’ve “fallen” into. This is exactly the case that he found himself becoming as he helped run products at JotSpot and at Google, including Google+, Mobile Maps, Calendar, and Docs.

He cites examples of more tech-related companies and firms beginning to try and bolster their PM ranks, specifically with venture firm Kleiner Perkins Caufield & Byers beginning a fellowship program focused on product, and Google’s Associate Product Manager program, which was started by Yahoo’s CEO Marissa Mayer during her tenure at the Mountain View-based company.

So what does it take to be a PM? Can anyone do it?

Norton says that they must be technical — but that doesn’t necessarily mean that you need to have a Computer Science degree or be proficient in writing code. They need to be able to communicate with the engineers and designers in a way that instills trust and a belief that the PM knows what they’re talking about.

In 2005, Norton wrote an essay entitled How to hire a product manager where he states that companies should look for intelligent individuals with a strong technical background, “Spidey-sense” like instincts for the product, and the ability to channel multiple points-of-view.

Both Norton and Elman agree that the PM’s job is to help execute the company’s vision. In a way, it’s almost like they’re the mini-CEO, complete with the influence, but no authority — they aren’t the direct supervisors of the engineer or designer and can’t fire anyone for not following through, and focused on the success of the product’s mission.

It’s more than having one job

The product manager isn’t the one that’s just sitting around overseeing the various teams and seeing whether it’s on track to meet the scheduled delivery or launch date. They are the ones who need to understand the market and that means knowing who the competitors are, what consumers want, and being able to help the marketing and sales teams better target them.

Elman wrote a post entitled A Product Manager’s Job and in it, he says that a core part of it involves having a good feel “for what seems right or wrong, and are also good at listening to early feedback from testers and others who try it.” What’s more, while a PM can be a mini-CEO, their responsibility is to make sure that the product not only matches up to customer expectations, but are also in line with the overall strategy set forth by the company’s founders and CEO.

And he should know all about what goes into a great product, as he’s been on the front lines with a few of the tech industry’s most successful companies, including Twitter, Zazzle, LinkedIn, RealPlayer, and Facebook Connect.

The makings of an effective PM

During the Product Manager meetup, Elman moderated a panel where one of the questions raised was about skills needed to become an effective PM. He was joined on stage by Google’s Johanna Wright, Firespotter Labs‘ Craig Walker, and Wealthfront’s Adam Nash.

Nash answered that besides the obvious ones where you need to focus on the customer, have design-based thinking, and knowing what is and isn’t possible, he thinks that PMs need to have an appreciation for leading while also understanding that it’s about solving the holistic problem. Being a PM can teach you a lot about leadership and also about yourself. Nash says it’s not about using your power to accomplish something — he sees this action as a sign of weakness. It’s all about inspiration, vision, and analysis while keeping in mind that it’s a team sport so you’re not going at things alone.

Walker builds upon Nash’s team sport analogy by saying that PMs definitely need to have fantastic interpersonal skills, which obviously makes sense. After all, PMs are trying to create something that will solve a market problem, they’re also dealing with engineers, designers, and a boat load of various personalities. Being able to motivate them to get them all on the same page and move the product across the finish line is important.

Instincts also contribute to the effectiveness of the PM. Wright says that managers need to be aware of three things: knowing the product and its users, having tenacity by picking up ideas and following through even though no one may believe in it, and being able to collaborate and working with others to have a strong vibe together.

Advancement of the product managers

As a product manager, once you’ve finished your mission, what’s next? Is there a logical step upward in your career path? This is a dilemma that some PMs may have and something that Norton and Elman want to try and resolve. In a way, it’s not far-fetched to believe that managers could eventually rise up the ranks to become executives themselves — even being a CEO of their own company. Of course, let’s not forget that it could also be that they work in venture capital.

It’s not that surprising then to see why Google Ventures and Greylock Partners put on the Product Managers meetup. In the investment world, Elman says that there’s a growing movement to offer more than a check — portfolio companies are interested in the resources that VCs can bring to the table, including the two host firms, with Google Ventures having its Startup Labs and Greylock having a recognized entrepreneurial background. We’re told that both have a strong recognition for PMs.

Whatever the future intentions of the PM, one thing remains for certain: this position is at the intersection from where founder strategy, user feedback, development team management, and market awareness come together. From what’s been said, it certainly appears that this is not a role that you “fall” into, but rather could aspire to be in.

Read next: Your social media obsession won't make an enduring mark on the world