Google Ventures is not your traditional venture capital firm. Started a few years ago with a distinct focus of company founders, the firm has tried to make being an entrepreneur very interesting. One of the unique offerings that Google Ventures has is its Startup Lab, a private program dedicated to fostering new companies and helping to contribute to their success. Until now, it had been led by Rick Klau — today, Startup Labs adds its second partner, Google’s Ken Norton.

In addition, to help share insights portfolio companies have received from workshops and fireside chats, Google Ventures is publishing videos from its Startup Lab for the public to view. While still an exclusive program, the firm will be slowly releasing content on a host of topics that startups may be dealing with in the course of their business.

If you’re not familiar with Google Ventures, then you might be surprised to know that it’s not really run by Google. The firm is not a strategic arm of the search engine company, although Google is the sole limited partner in the firm. 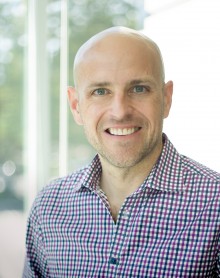 With Norton, Startup Lab has grown 100 percent to better accommodate the needs of Google Ventures’ companies.

He joins the organization from Google where he was a Group Product Manager working on tools like Google+, Google Mobile Maps, Google Calendar, and Google Docs.

Prior to that, he was the Vice President of Product at cloud-based collaboration startup JotSpot and the Senior Director of Product Management at Yahoo.

Having been floated around to work on different Google products for the past 6 1/2 years, Norton tells us that after his last stint, he wasn’t sure whether he wanted to do another project.

What he was sure of was that he loved working as a startup and sought to get closer to that environment, but he didn’t want to leave Google. Google Ventures offered him the best of both worlds — his role is in the operational side where he gets to still be affiliated with Google, but also was able to offer wisdom and mentoring to emerging startups.

David Krane, a general partner at the firm tells us that Norton is “a real product wizard who brings a ton of experience to the team. He’s somebody that knows both startups and Google inside and out. He’s accomplished a lot in the industry and is looking to give back, which is why he’ll make an amazing coach for our portfolio companies.”

At Google Ventures, Norton reunites with his former JotSpot CEO Joe Kraus, one of the partners at the investment firm.

LinkedIn’s CEO Jeff Weiner, who worked with Norton back in the Yahoo days, tells us that “Ken is one of those rare PMs who combines both product vision and a strong technical background. He and Joe are both passionate about entrepreneurship and sharing their insights with others, so it’s great to see them working together again.”

Sitting down with Norton at Google Ventures earlier this month, it was apparent that he had some great insights to pass along to fledgling startups. He has been through it all, including leading product launches, working through an acquisition, investing, and quite possibly much more.

Opening the doors to Startup Lab

If you’re wondering whether Startup Lab is just a giant co-working space where companies only sit around and work on their projects, then you might be surprised to hear that’s not the case. We had a chance to stop by a talk and it wasn’t one of those long drawn-out seminars where you walked away with a philosophical debate taking place in your head.

Startup Lab offers up different talks each time that appeal not only to the founders of a company, but also to engineers, marketers, designers, and anyone else in the startup. In addition to that, it offers companies fireside chats, guest speakers, co-working space, happy hours, and barbecues. Some of the speakers they have are pulled from Google (after all, there are 50,000 knowledgeable people sitting across the street in Mountain View), but not all will be from the company.

Other speakers that they’ve had came from Facebook, Microsoft, and other companies — Google Ventures says that they’re not in the business of bringing in experts exclusively from Google. After all, it works best for the startups if they have someone to talk to about the Facebook platform if they came from Facebook. Notable speakers in the past have included Twitter CEO Dick Costolo and former US Vice President Al Gore.

Norton and Klau tell us that the idea with Startup Lab is that companies should walk into each workshop and event with an expectation of learning a new skill and then walking out being able to do something with it. They say that the more tactical and applicable the skill, the better off you are.

To help share the wealth of knowledge, Google Ventures is making available to the public a series of workshops covering a variety of topics:

More videos will be made available in the future and Google Ventures says that it wants to put the content out there in order to help others succeed and give back to the community. Interestingly, it turns out that not many people are aware of Startup Lab — at least not until they receive a check from Google Ventures making them a part of the portfolio.

But it appears startups are finding it rewarding. We spoke with MindSumo’s CEO and co-founder Trent Hazy and he says that he has been coming to Startup Lab events for  about a year and one of the things that he finds useful is the candid conversations that take place there. People have been vetted so that things that are discussed can be done so freely and without worry that someone is going to walk out of there and leak it to others.

Astrid’s co-founder Jon Paris tells us via email that “honestly when we think of Google Ventures, we think of Startup Labs. Henry Tsai (a user experience architect at Astrid) mentioned one of the things he is going to miss most is the resource it provides.”

To put it in another way: the release of Startup Lab videos is a promotional way for the firm to show that they’re more than just a financial entity. They offer educational insight and resources to help grow a company — because many of the partners have been there.