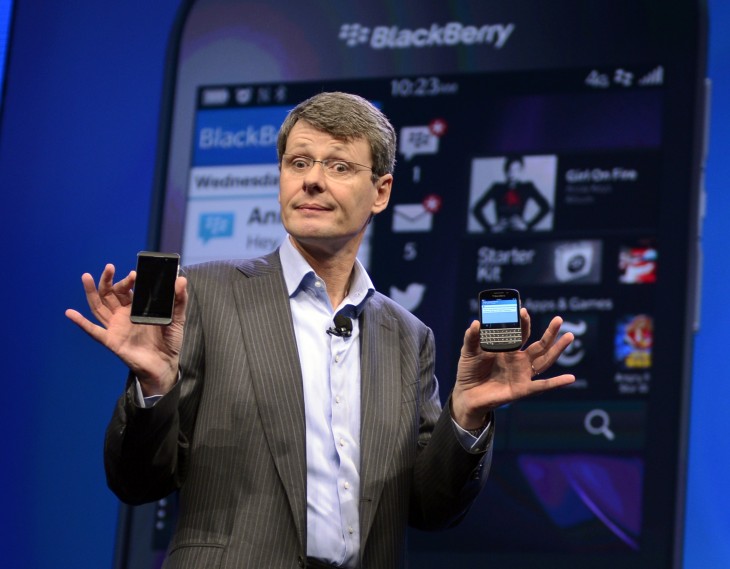 It’s unknown whether anyone will purchase struggling BlackBerry, but one thing is for sure: it won’t be the same. Reuters reports that some potential bidders are looking at breaking the Canada-based smartphone manufacturer apart and keeping only the operating system and the patents around its keyboard.

Today’s report could be a sign in how the market views BlackBerry, especially in light of Microsoft recently acquiring Nokia’s Devices & Services division for $7.2 billion earlier this month. It’s believed that BlackBerry as a whole won’t be capable of competing against Apple and Google in the smartphone race. Need any more proof? Remember that the company reportedly laid off half of its US sales team just this week to help it cut costs (probably in preparation for a potential acquisition).

BlackBerry announced in August that it was looking into “strategic alternatives”, including selling itself to help figure out its future. Some had hoped Microsoft, but as we said earlier, that’s not likely anymore. Computer manufacturer Lenovo has also been suggested, but hasn’t publicly said anything to that effect.

The company’s biggest shareholder, Fairfax Financial Holdings Ltd. has approached investment funds to seek help in taking the company private, similar to what Dell did this week thanks to Michael Dell and Silver Lake Partners, but whether that will work remains to be seen.

According to analysts, BlackBerry’s assets include a shrinking, yet well-regarded services business that powers its security-focused messaging system, worth $3 billion to $4.5 billion; a collection of patents that could be worth $2 billion to $3 billion; and $3.1 billion in cash and investments.

It’s important to note that no deal has been reached yet and this is still very much speculative, but by keeping the operating system and keyboard patents, this could certainly move the company away from device manufacturing and shift it into the supply chain for other companies, perhaps like Lenovo, HTC, LG, or Sony, for example?

➤ BlackBerry bidders may want to carve up business — sources (Reuters)

Read next: 6 messaging services with apps for desktop and mobile