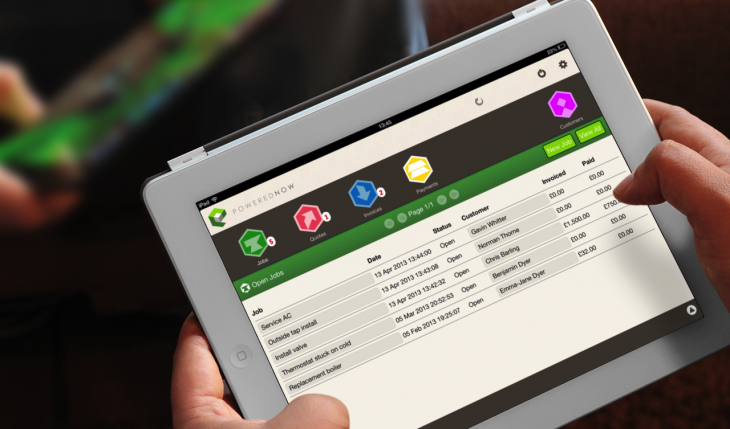 Powered Now has officially released its iPad app for field-service businesses in the UK and announced the beta for Android tablets after 18 months of stealth development.

Launched at the Microsoft Bizspark Startup Rally, the startup is aiming to be the “platform of choice” for the roughly 150,000 field-service businesses in the UK. Its product is a end-to-end tablet solution for saving tradesmen time by generating quotes, invoices and certificates.

“Having spotted the e-commerce revolution that was to come in the early 90s, we are now betting on the tablet market as the future of multiple sectors,” Dyer said.

The team believes it can drastically reduce the paperwork overhead for plumbers, electricians, builders, gardeners and other professionals. It estimates workers waste as much as 500 million hours a year on business administration tasks.

Read next: #TNW2013 is opened by the Netherlands' Prince of Orange, but is he an iOS or Android man?