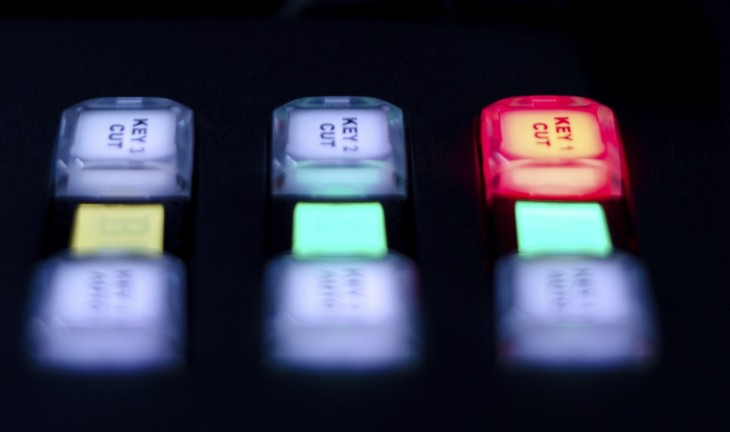 Make.tv, a browser-based video production studio, has released a premium Live ReBroadcast feature that lets creators send their video feeds to other streaming services like Ustream and YouTube Live.

Make.tv is part of the Software as a Service movement that is doing amazing things with the cloud and browsers. Last week, I wrote about the 3D-rendering software Lagoa and now Make.tv, which bills itself as “the TV production van in your browser.”

Its main product is a collaborative production studio, but it also has iOS and Android apps for streaming on the go. Much like traditional TV production setups, Make.tv lets you pull video and audio from different inputs, add subtitles, and mix in media and objects.

The free version of Make.tv allows up to 30 minutes a day of broadcasting, 2,500 minutes worth of traffic, 200MB of storage and a maximum of 25 viewers on its site. Premium plans start at $29.90, but Real-Time Messaging Protocol rebroadcasting to other streaming sites is only available at the $119 per month level and above, and it costs $10 per hour.

Sadly, at those prices, it’s not likely that everyday YouTubers and lifestreamers will flock to the product, but it does have potential. Mirta Gilson, Make.tv’s Business Development Manager, said in an interview that most of the company’s customers are using the White Label version, which costs $299 per month.

In addition to collaboration functionality, Make.tv also supports viewers calling in through its player. Viewers with webcams can activate them while they’re watching in order to submit questions or join in on the show.

Make.tv was founded in Germany but is in the process of moving its headquarters to LA. The company has raised some VC funding and is currently looking for a US strategic investor for its next round.

Read next: As key exchange MtGox reopens, Bitcoin falls to $74, down 72% from its former heights