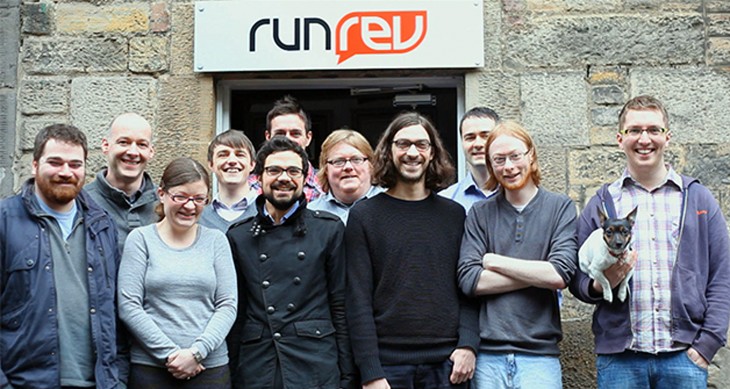 RunRev has announced today that following its successful Kickstarter campaign earlier this year, the team is now ready to launch the first open source edition of its LiveCode app development software.

The cross-platform programming environment has, until now, been a paid-for product aimed at both professional and amateur app developers.

RunRev wanted more people to be able to access and experiment with LiveCode, however, and so took to Kickstarter back in January in the hopes of funding an open source version.

After raising £493,000 ($749,000 USD) – nice one Internet backers – the firm is ready to announce LiveCode 6.0. The community edition is free to anyone who wants to use the platform’s engine to develop fully featured apps for both mobile and desktop platforms.

The kicker is that LiveCode has been designed specifically as a write-once, deploy everywhere solution for a whole host of operating systems including iOS, Android, Mac, Windows and Linux.

The combination of a drag-and-drop interface and easy-to-learn English-like language means that it should be easy for beginners to pick up, and ultimately faster to release an app. After all, who wants to spend all of their time neck-deep in code when you can be prototyping and showing off your creation to the world?

To coincide with the open source version, RunRev has also made a number of improvements to the platform. App performance is faster, due to reworked image handling and caching, and an auto-complete feature in the message box should provide a better workflow. There’s also a new Project Browser, as well numerous feature updates and bug fixes to “enhance the user experience.”

“I’m so pleased we’ve been able to deliver this first release of LiveCode Community Edition just five weeks after the close of our Kickstarter campaign,” Kevin Miller, CEO of RunRev said.

“By introducing the first open source version to the community we’re introducing significant new features that our customers have been asking for, all designed to improve productivity and workflow.”

A more extensive release of LiveCode 6.0 is slated for this fall.

The RunRev team will also be giving a number of workshops centered around programming for beginners, open source and app development, app marketing and coding solutions at its annual conference next month.