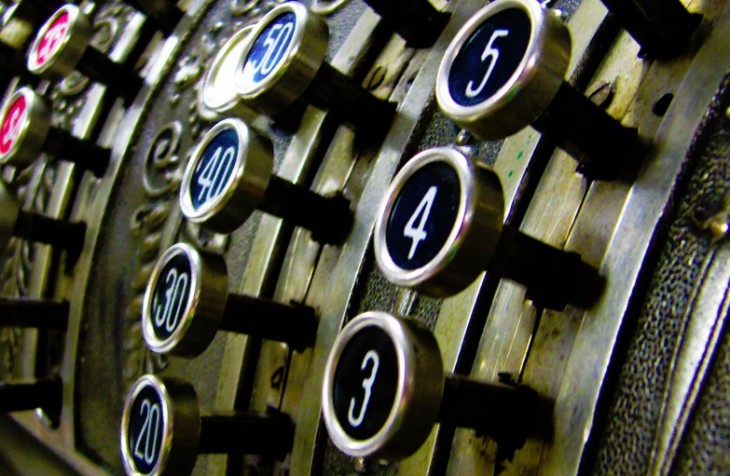 Regardless of your views of the Bitcoin currency, it’s become large enough and in enough market flux at the moment that we need to pay it mind. Today news is out that a major Bitcoin ‘wallet’ has shuttered. Also, market disruption caused the price of Bitcoin to fall precipitously.

Just as the currency of a country falls in value in relation to other currencies when its banks begin to encounter difficulty, so too is Bitcoin experiencing turbulence, if you will allow the analogy. Before we look into today’s news, let’s dig into just what Bitcoin is, and why people are paying it so much mind.

Bitcoin is a decentralized, open-source digital currency that will eventually have a fixed number of units: 21 million. That amount will not be reached until 2140, however. The currency releases 25 new Bitcoins per 10 minutes. That number will decline, being set to halve in 2017, and every following four years.

At that rate of exponential decline, the number of new Bitcoins will slow to a veritable trickle long before the cap is reached.

Now, who gets the Bitcoins that are released every 10 minutes? Miners. A miner is an individual or group of individuals who verify Bitcoin transactions. It’s a technical process, but in essence people who solve exceptionally difficult mathematical problems that allow for the transfer of Bitcoins between parties – and thus allowing the system to function at all – are rewarded for their efforts.

Friend-of-TNW Steve Streza explained this well in his primer on all things Bitcoin:

The other way is a process called mining, which involves running a program (a miner) which helps verify transactions on the network. This program verifies other people’s transactions by processing really hard math problems. The result of verifying these transactions, however, is the chance for free money. Every few minutes, a new block of Bitcoins is “found” by a miner, and they get to keep them.

The block of Bitcoins found is the number noted above in our notes on the release schedule.

Now, if the number of Bitcoins that will be distributed via mining will decline, would that not provide a negative incentive for those actively mining? No; as the number of Bitcoins coming into the market declines, simple economic theory would stipulate that their price would rise. Assuming that usage of Bitcoin grows over time, the non-Bitcoin value of a Bitcoin should rise as the new supply of Bitcoins decreases.

In short, the value of Bitcoins will rise over time as the money supply is tightened. Thus, even though fewer Bitcoins will be given out in later stages of mining, they will be worth more per unit, thus making mining economically feasible for some time.

With Bitcoin you can buy goods and services, convert it to cash at the going rate and the like. You can also trade Bitcoin with other users. It’s a currency like any other, except that it’s digital only, as opposed to digital-as-well.

If you can mine Bitcoin, why not simply set all your computers to the task, and collect your profits, laughing all the way to the bank. You could try, but the math involved is hard, the number of miners active plenty, the cost of hardware and electricity upfront.

According to the paper “Bitter to Better — How to Make Bitcoin a Better Currency” by Simon Barber, Xavier Boyen, Elaine Shi, and Ersin Uzun, it can take up to 6 months for a purchased GPU used to “accelerate Bitcoin puzzle solution[s]” to pay for itself.

There are charts up online where you can look at various hardware setups, and calculate their mining efficiency.

What are the risks of Bitcoin? The largest to the average user is its swings in value. As the total Bitcoin monetary base is worth north of $1 billion, there is a lot of paper wealth out there at the moment.

Bitcoin goes up, and it goes down. As our afore-mentioned Steve Streza notes, “The markets for this tend to fluctuate quite a bit; the month prior to writing this, the value has increased from $30 to peak at $75. But what goes up must come down; in 2011 the USD to BTC exchange rate plummeted from a peak of $33 to $2.51 and took a long time to recover.”

Bitcoin is currently trading at roughly $125. Now that you are well versed in Bitcoin, let’s get into today’s news.

Today Bitcoin had a massive swing in its exchange rate with the United States Dollar. What went wrong? According to Mashable’s Alex Fitzpatrick, “Bitcoin fell from above $145 to below $117 Wednesday as Mt. Gox, the largest market for trading the digital currency, suffered an outage for approximately an hour.”

The exchange went on to say that it wasn’t hacked.

Also out today is news that Instawallet, a Bitcoin depository, is in fact shutting down following its hacking. Not good if you were an Instawallet user.  “The service states that users can file claims on their existing balances, and, “[a]fter 90 days, if no other claim has been received for the same url, [their] Instawallet balance under 50 [Bitcoin] will be refunded.”

Folks who have larger than 50 Bitcoin stored on the service are likely in tough straits.

Bitcoin, despite its growing size and interest, remains mostly an enthusiasts tool. If you value privacy, and wish to have a way to transfer small amounts of money without government oversight, and the other party involved will accept Bitcoin, well you are in luck.

However, for now it remains a curiosity. A large, financial curiosity, but still something that exists on the fringes of digital technology.

This is not to say that Bitcoin might have long-term staying potential. Still, it has a long road of maturing before it can be treated as something greater than it currently is. Its underlying infrastructure needs to be better built before it can be taken seriously. Progress, however, is being made.

That said, if you are the betting type, a Bitcoin or two might appreciate enough to buy you lunch in the next few months. Want in?