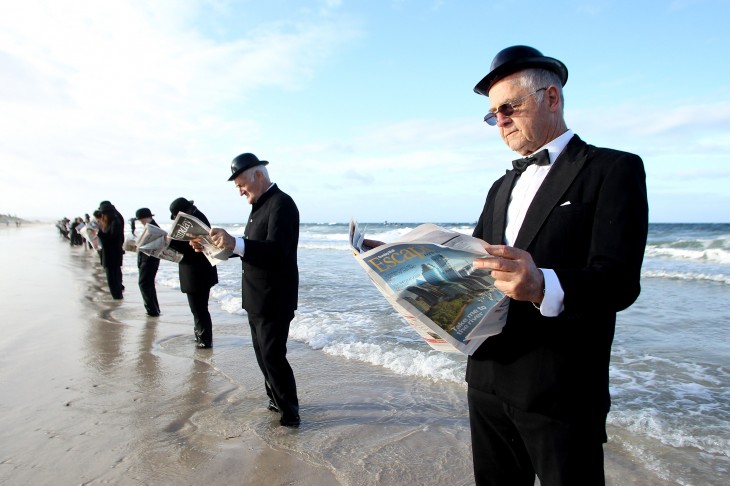 Trapit, the artificial intelligence technology service developed at SRI International (the creators of Siri), has released its first business-facing product. Called Publisher Suite, it allows media companies, organizations, or any brand to leverage its advanced personalization service to create individual tailored experienced. Alongside the launch announcement, the company is naming its pilot partner: Here Media, a large publisher covering the LGBT community.

This is the latest major update for Trapit, which has vetted over 100,000 sources and is delivering nearly 300 million articles to users per month. The Publisher Suite is a solution that companies can license and get a white labeled iOS and Web app it manages that displays personalized content. The tool gives them access to all of Trapit’s sources along with other tools that with automate and optimize the distribution of content while sharing it across a number of platforms such as apps, email, social, and Web.

In addition, this new solution offers a reporting side to things, including a dashboard that displays key metrics or enables custom reports to be created on audience engagements and behaviors.

Gary Griffths, Trapit’s CEO and co-founder, says that the Publisher Suite “puts our advanced personalization and discovery technology in the hands of every publisher on the planet, allowing them to automatically create engaging new experiences for each individual reader.”

With Here Media, Trapit has used its Publisher Suite to create the publication’s “Advocate Discovery” application. If you’re not familiar with Here Media, it’s one of the largest publishers centered around the LGBT community with publications such as Advocate, Gay.net, Out magazine, and more.

Through this app, Trapit’s Publisher Suite is enabling Here Media to find relevant content from across multiple publications to be displayed to its users. By doing so, Trapit says will help deliver not only synergy among its publications, but also high relevancy and quality content from other sources.

As the company describes it, if Here Media created a feed of content relating to the US Supreme Court’s marriage equality hearings, not only will content be collected from its properties and personalized for the reader, but it will also include other content from external sources, specifically from Trapit’s 140,000 vetted sources, something that it says is three times the number of sources Google News has.

Prior to today, Trapit was only available as a consumer-facing service with an iPad app that operated like a newsreader. Since then, it has slowly integrated itself into several of the Web’s social services, including Pinterest, Evernote, Instapaper, Buffer and Pocket.

The company also raised $6.2 million for its Series A round in 2012 led by Horizion Ventures, while also gaining a strategic investment from consumer media entertainment group Astro.