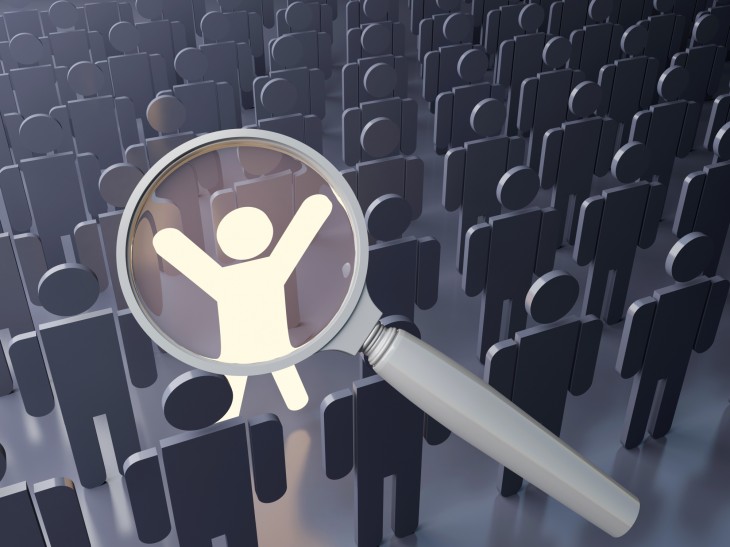 Late last summer, I walked up to a presenter at an event held at General Assembly’s London campus. One of the speakers –a charismatic Oxford grad — had a business that helps recent graduates find job placements in smaller startups. The idea being that if they gain experience in smaller companies, they can establish themselves professionally more quickly, or go on to start their own businesses.

The speaker was Rajeeb Dey — named one of the most high profile entrepreneurs by the Financial Times who is often recognized by the World Economic Forum. Had I known who he was, I doubt I would have had the nerve to approach him and ask if he had any job hunting tips. I doubt I would have attempted the one-month community management post at his startup, Enternships, upon finishing my MSc. But I know for certain that I got my current, full time job as product manager of AppBeat because I was networked into a startup world literally changing the world.

On March 19, Enternships held a launch party in London announcing a partnership with Wayra to offer 130 paid placements at some of Europe’s most exclusive startups. Each startup has been selected by Wayra, the global accelerator arm of Telefónica. The goal? To introduce Telefónica’s 300 million global customers to the talent that will helm the future.

“We are witnessing the birth of a new economy — the digital economy — which I believe is more significant than the birth of the industrial revolution,” Simon Devonshire, director of Wayra Europe, said following the launch. “The partnership with Wayra and Enternships provides students with a real opportunity to get personally involved in this revolution and gain invaluable experience in working with the pioneers of this new age.”

It’s a new age Dey has wanted to pursue for years, fostered during his role as President of Oxford Entrepreneurs and realized when he began the website that connects young talent with roles in management, marketing and more at diverse startups across the UK (with a primary focus on London). Winning the O2 X Young Entrepreneur of the Year Award in 2009 allowed him to maintain strong relationships with O2 / Telefónica, and last autumn, they set their partnership in motion.

“Enternships has been part of various conversations in different departments across the company, and the collaboration with Wayra was clearly the perfect match,” explains Dey. “This relationship was championed by Simon Devonshire, Director of Wayra Europe, who instantly saw the synergies and enabled the partnership to be kickstarted. We agreed to work together in October 2012 and launched in March 2013.”

Their partnership is one that Nathan Cruz Coulson has witnessed firsthand. Raised on a council estate in London’s Newham neighborhood, he began studying Economics and Politics at The School of Oriental and African Studies (SOAS) and deferred a year later. He co-founded fashion enterprise Guerilla London last summer, then found Wayra with the help of Enternships’ website. Now halfway through his internship at Wayra, he has leveraged his work to avoid costly IP problems as he grows Guerilla London, and has prepared investor briefs, chosen and customized Academy CRM systems, and pitched Wayra startups to various investors.

“Yes, there is some coffee fetching!” Coulson admits. “But the Academy director just made me some tea. So it goes both ways, and that’s the kind of place Wayra is. ”

The Wayra placements are primarily marketed towards university students looking for summer jobs or recent grads looking for their first full time role. Ben Mumby-Croft of City University London says that in order to change often negative perceptions around entrepreneurs, more schemes like the Wayra/Enternships partnership must challenge ideas of professional success. As supply outstrips demand, the notion of success as working in a bank or corporation will undoubtedly be challenged. Mumby-Croft says that if the UK’s business culture is to reach full potential, entrepreneurship must not merely be accepted, but encouraged. That starts with social perceptions of the jobs being promoted.

“Startup placements are frequently marketed as more exciting, aspirational, cooler, than your typical big organisation graduate placement,” explains Mumby-Croft. “This is understandable, and necessary, if we want to challenge and change perceptions and establish a new normal.”

“Part of the solution to youth unemployment is to support and encourage entrepreneurship, and Wayra is a great example of this,” Dey insists. “They are nurturing early stage entrepreneurs, helping them to grow and subsequently hire people. Through our Wayra/Enternships initiative, we’re giving the chance for graduates to get paid internships within these startups. If there’s a good fit, many of these will end up becoming full-time employees after their internship.”

Tara Sundramoorthi’s Exhibit A. The MSc graduate in Innovation, Entrepreneurship and Management from Imperial College Business School needed a job fit for her background in product management and parent/child disability counseling. She had her eye on a startup before earning her diploma, and knew Enternships was the ideal portal to find the job she wanted. Through them, she joined Insane Logic, a startup using interactive mobile technology to offer communications solutions for the special needs market.

“[The Wayra/Enternships scheme] sets itself apart from competing graduate schemes because it is vibrant and dynamic, with plenty of great networking opportunities and support,” says Sundramoorthi. “Working in a tech startup is a unique experience that isn’t for everyone, and as a candidate looking to work in a tech startup, it can be hard finding the early stage companies that need them. By providing this platform, connections can be easily made when otherwise both parties may be searching for each other in the dark.”

For Sundramoorthi, the search is done. Despite her “Marketing Goddess” title, she has been involved in all aspects of Insane Logic, from raising investment to operational procedures and office management-often all in one day. She’s also adamant that the interpersonal skills she’s developed wouldn’t have been nurtured as quickly in a corporate suit.

“Even if the job role states, ‘social media intern,’ you will very likely get dragged into a multitude of different areas and learn how to build a business from the ground up at a very fast pace,” Insane Logic “Chief Juggler” Zoe Peden says. “[Working in a startup is] an emotional journey, the equivalent of a 2 year corporate job compressed into 2 months. Any business owner will recognize the range of skills and the depth of determination to succeed required in a small business. In a young person, this range and strength of personality and maturity is still rare and highly valued.”

Speaking with Coulson and Sundramoorthi made me reflect on my own experience at Enternships. To say I never imagined using my journalism skills in the British startup culture is a vast understatement. But having been thrown in the pool, figuring out how to swim has been the learning experience of a lifetime that has offered skills ranging from business development to syndication strategy that I hadn’t expected to earn for years, if ever. I never conceived of entrepreneurship as an option for me, yet now that I’ve joined this world, I see that in many ways, it’s an ideal fit.

That problem-the fact that so few students are encouraged to use their skills in startups-is one critics say must change.

“The challenge facing enterprise educators across all UK universities is how to take entrepreneurship out of the business school and make it relevant for all students,” says Mumby-Croft. “My personal belief is that we need to redefine/clarify the meaning of the word. Being an entrepreneur is about how to turn thought into action and make a difference in the world, be it in the business world, government, voluntary sector or elsewhere.”

To solve this problem, Mumby-Croft serves as Enterprise Education Manager of City University London’s CitySpark Programme. The program goes beyond teaching enterprise skills such as pitching and writing business cases; it uses goal achievement to encourage students to see their business goals realized.

For a budding businessperson, these skills are obvious. Mumby-Croft’s point is that they must not be taught only to MBA students, but embedded within core curriculums to reach students in areas such as liberal arts who might never have otherwise attempted start-up careers.

“[We] need to identify and embrace entrepreneurial groups who might not necessarily associate with the traditional badge of ‘entrepreneur.’ It is also worth stating that, currently, the majority of entrepreneurship education is extra-curricular. Going forward, it needs to be embedded within the curriculum itself.”

Embedding startup culture within core curriculums could go a long way towards the issue of unpaid internships as schemes like the Wayra/Enternships partnership go mainstream and compensate youth to learn tangible job skills early on. If the most valid argument against internships-that they abuse the privilege of young labor by forcing interns to work for free-can be addressed through paid schemes that become full-time professions, the hardest battle will be won.

“I am realistic about the scope of the global youth unemployment problem,” says Coulson. “We need more initiatives like Wayra/Enternships. Corporates, Governments, SMEs, start-ups, and, yes, education institutions too, need to be creative. Take risks, invest in the future, and invest in young people-especially those who are disadvantaged. In order to prevent the creation of a lost generation, we need to create opportunity and unlock potential of young people.”