Startup-focused training company, General Assembly has taken up a space at White Bear Yard, Clerkenwell in East London. It’s the second campus in a global takeover that hopes to bring community education options to startups and students wherever they may be.

As the organisation grew and its community consolidated in New York, many thought that the next step for expansion would be Silicon Valley and the West Coast of the United States. But according to Co-founder Adam Pritzker, Europe is more akin to the East Coast and this was just that bit more appealing.

“London is exhibiting a lot of similar dynamics that New York did about a year ago,” he explains. “There are so many legacy industries in publishing, retail and finance as well as a real interest in starting tech companies and creating products. When those two get together, exciting things happen and we wanted to be here to help build the ecosystem here.”

General Assembly not only gathers around and support communities, it also takes into account what those groups are saying when it comes to their needs. The development of a curriculum to teach tech skills and expose students to experienced advisers came from this technique. 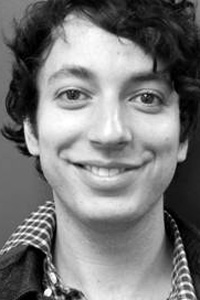 “Opportunity can mean a lot of different things,” says Pritzker. “The way I think about typical education environments is that there are up sides and down sides. One of the big upsides is that though there is formal education, there’s a lot of informal education. When you ask students what was so exciting about University, they will say that they learned a lot from their fellow students outside of the classroom as well as within. The magic really happens at the intersection of those two things. Those are the types of environments we aspire to build, the ones that provide the most opportunities.”

The courses at General Assembly are based on ideas that emerged over time. They are goal-oriented and taught in a social environment by people who actually work in those areas. Pritzker feels that it is the combination of working practitioners and eager students that creates a commitment to learning.

It’s an interesting format. There are doubtless many students who have respect for tutors and teachers in traditional universities and educational establishments, but how many of those teachers have time to work in the field that they teach?

The emergence of an organisation like General Assembly points to an interesting habit grown from social interaction online. Where in the past, trading skills and ideas from a corporate environment would have been considered as something closer to industrial espionage, the culture of social sharing has opened up new areas of education.

Pritzker says that this is also to do with the effort required to start a company, “The cost of starting a company is lower than ever. But the cost in terms of your life and time is incredibly hard. In a world where ideas aren’t worth much and execution is everything, no one’s really worried about anyone stealing an idea because they know what it takes to execute that. So everybody benefits from sharing that knowledge with each other on blogs, on Twitter and in a place like General Assembly that element of collaboration that is incredibly important.”

General Assembly has been working with the Tech City initiative and UKTI in setting up in the capital. Getting to know the local talent is a good way to find out what might be required to support an existing ecosystem.

“Whenever we come to a city we work closely with the startup community”, states Pritzker. “There is a tight-knit network here and we got to know them and saw the people that we wanted to learn from. We put an initial group together and includes Sam Barrett, CEO of Struq, Scott Sage of DFJ Esprit, Hussein Kanji and many more.”

Sessions run by these industry experts include fireside chats, classes about VC secrets, lessons on hiring practices and future gazing for digital products. The space itself is adaptable to different kinds of learning. There are two big classrooms, an event area and a large outdoor space.

There have been moves to shake up education in the UK, to introduce courses for coders and business lessons for startups in a formal setting. So why is it still important to run community-led classes?

“I think that the liberal arts is the core of the American education system and to an extent the European education system too. It’s great, it teaches people to think critically but I think neither the schools or larger institutions are teaching their students the skills they need to thrive in the 21st century,” says Pritzker. “That is incredibly important and it’s what we’re trying to offer. The more options available for the customer or the student, the better.”

The courses come in various formats from one night classes at $30-$50, workshops for $500-$1000 and longer form programs. The current class launched in the UK on web development has already sold out. It covers CSS, HTML and Javascript.

Don’t worry if you missed it though, there’s more to come with a new version of that class which will also include programming fundamentals and Ruby on Rails.

General Assembly is settling into the UK nicely, but it is not resting when it comes to global expansion. The organisation is also setting up in Berlin and heading to Sydney too.

The lessons learned running this space in New York appear to be transferable wherever there is a community that might need it. No doubt in years to come, this system of learning will become a common element of earning your tech stripes and running a business.