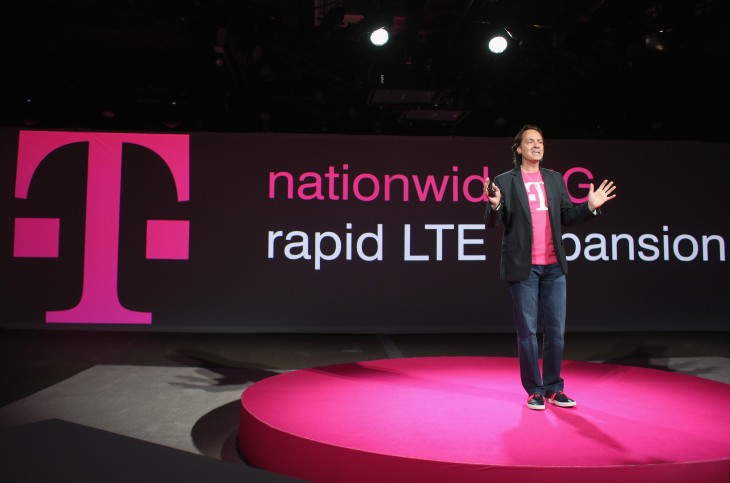 T-Mobile has completely overhauled the way that it charges users in the United States. Gone are the restrictive two-year contracts and heavily subsidized handsets that consumers have begrudgingly come to terms with over the last two decades. In its place is an entirely new structure, based solely on the amount of calls, texts or data that a user requires.

It’s a high-risk strategy that is far removed from anything that its closest rivals AT&T, Sprint and Verizon currently offer.

Before we all uncork the champagne and celebrate, however, it’s worth putting those price plans in perspective. Specifically, with the price plans currently offered in Europe.

Three, for instance, is a fairly large network operator in the United Kingdom. On a SIM-only, one-month rolling contract, consumers can snap up unlimited data, 5,000 texts and 200 minutes for £12.90 ($19.53 USD) at the time of writing.

Compare this to the new T-Mobile Simple Choice plans, which start at $50 for unlimited calls, minutes and 500MB of data. The difference is phenomenal. While it’s possible to attribute that chasm in pricing to a number of external factors, such as people’s relative wages and the state of the economy, it’s clear that something is still amiss.

Consumers outside of the United States, it would seem, are getting a better deal.

LTE is the difference

There is, of course, one major differentiator between the two markets. LTE connectivity. Baltimore, Houston, Kansas City, Las Vegas, Phoenix, San Jose, and Washington DC is supported by T-Mobile’s new network starting today, with plans to cover 200 million people by the end of 2013.

The United Kingdom, at least for now, doesn’t have widespread or consistent access to 4G LTE. EE, which also owns the T-Mobile operator in this market, is leading the charge with a pricing plan that is considerably more expensive than its competitors.

Unlimited texts, unlimited calls and 500MB of data comes in at £21 ($31.80 USD). That’s still considerably cheaper than T-Mobile in America. With the Simple Choice plan, upping the data cap to 2GB will cost you $60 per month, or unlimited data for $70 per month.

So what does this mean? Well, T-Mobile is moving in the right direction. For a long time, critics have argued that the heavily subsidized approach to handsets is shortsighted. Hardware manufacturers such as Apple, Samsung and HTC have adopted an annual release cycle, leaving consumers disgruntled as they wait for the end of their contract.

By separating its hardware sales, T-Mobile arguably stands a better chance of selling high-end devices such as the iPhone 5 or Samsung Galaxy S4. It’s just a shame that the new pricing plans that are tied to them are so expensive compared to its European counterparts.

T-Mobile should ultimately be commended for its efforts to disrupt the complicated and restrictive contract plans sold in the United States.

What it doesn’t do, however, is solve the cost problem. It’s true that T-Mobile is now priced for more competitively than most of its US-based rivals, including Sprint, AT&T and Verizon. Nevertheless, it’s still far behind the rest of the world, positioning it in an almost ‘no man’s land’ somewhere in-between. Unless it can find a way to bring those prices down even further, T-Mobile will continue to be ridiculed by those living outside the good old land of opportunity.