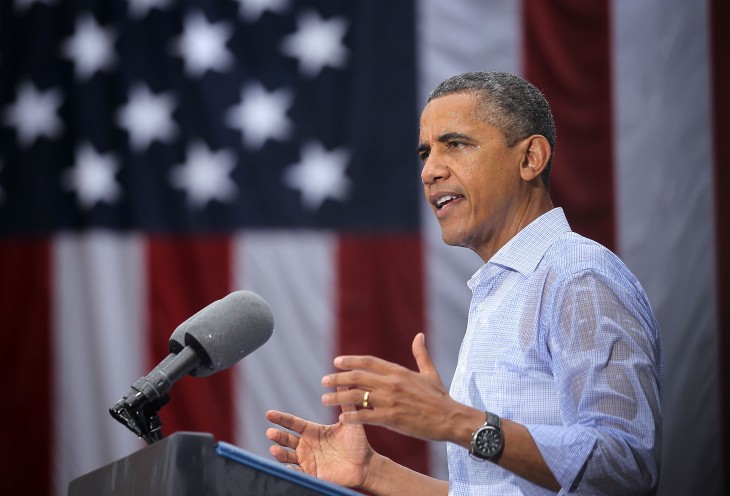 In President Obama’s inaugural Fireside Hangout on Google+, he faced the public and answered a bevy of questions along a wide range of topics, including immigration, gun violence, and even technology.

One of the five Americans selected to speak with the President happened to be Limor Fried, an entrepreneur and CEO of Adafruit, an electronics manufacturing and education company in New York City. What was interesting was the topic of her questions, specifically relating to entrepreneurship, patent reform, and computer programming in schools.

On patent reform: Half-way there

Fried’s first question to President Obama centered around patents. As high-tech startups are an important “engine” of the American economy, she’s concerned that when companies become successful, the so-called software patent trolls will appear — that is, firms that collect patents for the sole purpose of litigation against companies that can’t afford patent defense because it’s too expensive. Fried asked Obama about his stance on software patent abuse and whether he would support limiting patents to a term of 5 years.

Obama agreed and said that a couple of years ago, his administration helped make some patent reforms by working with Congress to pass legislation, known as the Leahy-Smith America Invents Act. He believes that the patent trolls are those who aren’t producing anything themselves and are just hijacking what others have for profit. He says that patents should be long enough that it protects intellectual properties, but should be balanced that it doesn’t stifle innovation.

However, Obama thinks patent reform has only gone half of the way to where it needs to go and that additional stakeholders are needed in order to build consensus  and create smarter patent laws.

The President says that technology is changing so fast and it’s important to keep up with the trends. He stated that the government is interested in protecting  people’s privacy, civil liberties, and also ensuring the Internet stays open — a point he emphasized. He closed out his response by saying that from an intellectual property standpoint, he’s always thinking about how his administration deals with copyrights, patents, and piracy issues.

On computer programming in schools

In another go around, Fried brought up the subject of technology in education. Analogous to her time in high school where she was required to take a foreign language course, she asked President Obama if it’s possible to make it a national effort to promote computer programming as a requirement. The President agreed and said that he’s making sure he’s working with high schools around the country to make sure the experience is relevant for students, even for those that may not be pursuing a advanced degree.

President Obama said that the concept of vocational education has received a bad rap at some point because some think that “we’re tracking people into certain jobs”. However, all those categories have seemed to have eroded. To that end, Obama referenced a conversation he had with Facebook CEO Mark Zuckerberg during dinner one evening where Zuckerberg told Obama he taught himself programming because he was interested in games.

Obama believes that there are those in high school who, if they found out that they can build games if they know math and science, would be interested in pursuing that career path, or if they were presented with what a career in graphic design looked like. The point he was trying to make was that if these skills were presented to the students before they went to a vocational or a four-year institution, students might be more engaged and think it’s better than just sitting in a classroom listening to a “boring lecture”.

In the end, the President said he wants to help students produce stuff, not just consume stuff.

Read next: 23 years later, Adobe releases the source code for the original Photoshop