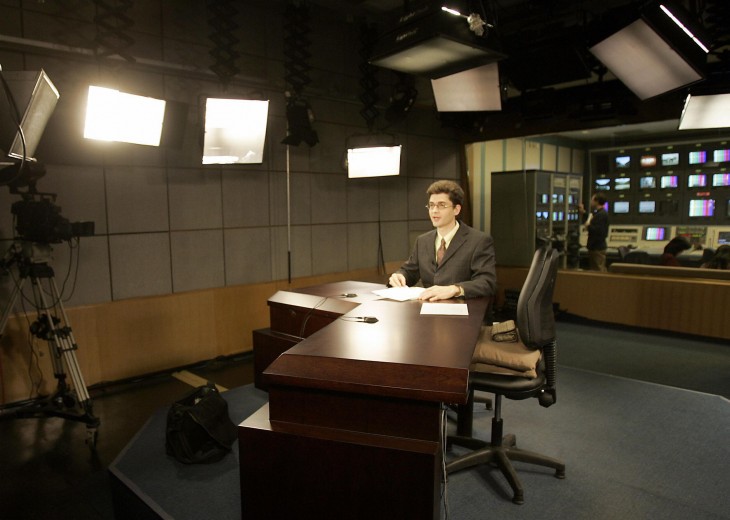 Newsreader app Guide has announced that it raised $1 million in seed funding from several investors, including Sapient Corporation, the Knight Foundation, actor and producer Omar Epps, founder of MTV Bob Pitman, Google’s Steve Schimmel, the Hartman Trust, WAM LLC, Drew Lauter, and Jason Sanders. With the investment, the company says that it will be focus on sprucing up its product while also protecting its intellectual property.

With this round of investment, Guide has attracted a group of individuals who have an interest in new technology and/or journalism. With Pitman, the company gains a resource who understands the television industry and video; Schimmel is employee #13 at Google; Omar Epps is a famous actor and producer who understands video and the entertainment space; and the Knight Foundation, a funder of journalism and media innovation is offering funds through its Knight Enterprise Fund for early-stage companies.

Ben Wirz, the Knight Foundation’s director of business consulting, says that “Guide is launching a fun, new engaging format for online news that gives all publishers, from bloggers to large news companies, the ability to offer their audiences a video experience.”

Founded in 2012, Guide takes any of your online news, blogs, and social streams and turns it into a video that you can watch when you don’t have time to read. In some way, it’s similar to news aggregators like Summly, Clipped, Circa, and Flipboard, but it places more focus on the news. The company believes that video has always been the big thing in news and there are often situations where people just want a visual and auditory solution to get content they want in a digestible manner.

Put simply, imagine when you wake up and you wish to consume the latest news on NBC, CNN, FOX News, or perhaps right on TNW. Not only would you have to stop reading in order to go shower, cook, exercise, drive to work, or whatever else you need to do, but you won’t have time or a free hand to sit around and read the news. Guide believes it can solve this problem.

We asked Freddie Laker, the company’s CEO, about whether this was similar to what Qwiki had done with Wikipedia entries. He says that it wasn’t because Qwiki’s approach to photos and audio “restricted the user experience and monetization model” Guide was pursuing. In addition, it felt its avatar technology was the key to its success.

Using any site that has a compatible RSS feed, any webpage can have a video feed. Laker says that the more sources added to user profiles and as publishers begin signing up, the company hopes to rapidly increase the number of sources it actively monitors. However, it has not set any limits on the sources.

Each video has its own avatar that the user can choose. While serving a functional role within the app, it also helps to establish an emotional connection to the various characters that can be chosen. At the very least, users can choose from a dog, robot, famous celebrity, and an anime character.

In terms of monetization, Guide says it’ll be a combination of in-app purchases and advertising. The company says that in the future, more avatars can be chosen, but not all will be free. Additionally, if brands wish, they can purchase targeted sponsored anchors/avatars that will appear around specific content.

Guide is an app that is accessible across three core devices: tablets, smart TVs and personal computers, all accessed through the browser. As the company has not launched yet, the platforms will be made available soon.

Laker believes he has a unique opportunity here because the “world’s richest content source” is untapped in the video market. It says that 25 percent of the world’s   2 billion+ Internet users access a blog on a daily basis. 97 percent of all the online content has text, photos, and audio with Internet users preferring to watch video content versus reading it almost on a 2 to 1 basis. But yet, only 2 percent of all online content is in video format.

Here is an introductory video about Guide:

The app is officially in private alpha as of today with its public beta expected in early March.

Read next: Cloud storage service Box launches Partner Network to push into new markets and verticals, as it closes in on an IPO