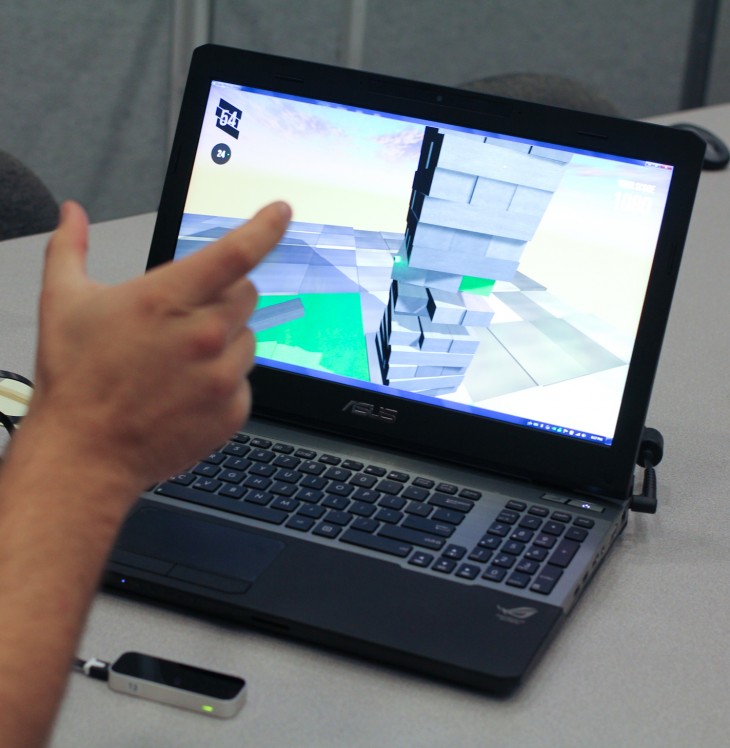 Leap Motion will launch the retail presence of its Leap Motion Controller exclusively at Best Buy stores in the U.S.. The controller, which will come with the unit and cable for $70, will be featured in the retailer’s stores and online.

The controller will launch in the stores at the end of Q1 and pre-orders will start on Bestbuy.com in February. I spoke to Leap President and COO Andy Miller about the launch and he reassured me that the pre-orders that anxious folks had placed on Leap’s own site over the past few months would be getting fulfilled first.

The Leap Motion Controller is a small unit the size of a Pez dispenser that packs in a couple of cameras, and a software program that does the magic. The result is a pinpoint-accurate 3D controller that allows you to manipulate software apps or your computer’s web browser by waving your fingers in mid air. 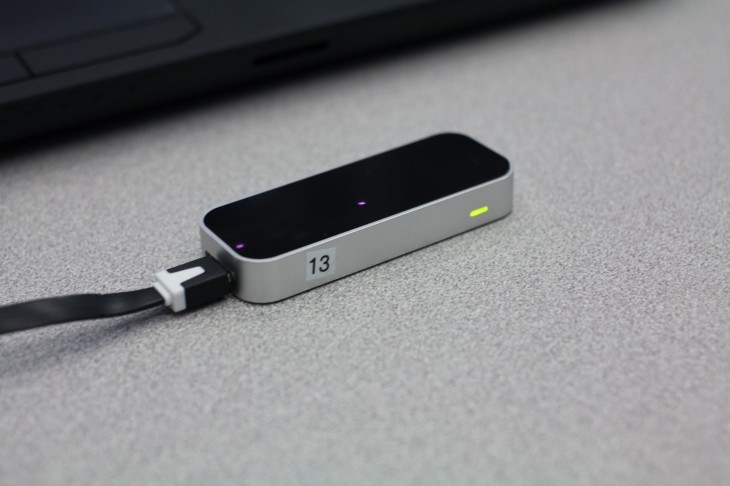 I had a chance to play with the Leap device and software at CES and it lives up to the hype. There is almost no learning curve and it’s exactly as precise as they say it is. Whether it’s molding digital clay in mid-air or playing virtual Jenga, the motion sensitivity is exquisite and it’s incredibly easy to pick up and play with.

And it’s that demo-friendly nature that makes Best Buy a good partnership for Leap. Far from being a niche device for people to ‘play’ with, Leap wants the controller to be everywhere. It’s already struck a deal with Asus to bundle the controller with a new laptop and it has a sliver-thin version that will be embedded into the actual chassis of hardware soon.

Miller says that they’ve done demographic sampling of the pre-orders so far, and they’re all over the place. Any pigeon-holing of this device as a ‘hardcore gamer’ or ‘technical artist’ peripheral hasn’t been supported by their inquiries, which show interest across age groups and use cases. People just seem to think it’s really neat, and the price is very right to check it out.

Miller emphasizes that the Best Buy deal, which will include displays on end caps and demo stations, is about raising awareness of the controller. And that awareness is being sought in order to directly benefit developers.

The package won’t contain any extraneous install materials, instead the app store can be downloaded along with the drivers and users can then click to install many free apps. There will be some apps bundled with each purchase, but most will be available on the store. The free end of the spectrum is just one aspect of the developer program, though.

Miller says that Leap wants to make sure that this cycle is well established. They know that by raising awareness of the device, they’re helping to entice developers to build apps that they believe they can sell on the platform. And once the apps are there, people will see exactly why they want to use the Leap so badly. Apps on the store range from $1.99 to $9.99, as well as upwards of hundreds of dollars. Games like Fruit Ninja are there, but so are design programs like CAD.

If Leap wants to become an everywhere company, not just a boutique input device maker, then Best Buy is a great way to seed the market with awareness and standalone units. The thing demos great, so it should show well in store, even without hands-on assistance. Once it starts to ship embedded in laptops, tablets and other devices, people will be familiar with the input method, or at least the concept.

Read next: WorldPay teams up with Discover to offer PayPal in-store checkout payments in US stores