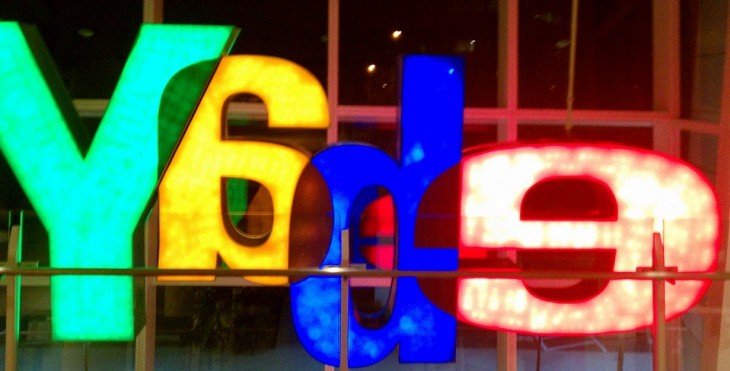 Today eBay reported its fourth quarter financial performance, with revenues for the period of $3.99 billion and earnings per share of $0.70.

The company was widely expected to report earnings per share of $0.69 for the period, with company guidance predicting performance of between $0.66 and $0.69. Revenue was expected to be $3.98 billion. Taking it in whole, eBary squeaked a small win on the quarter, besting expectations, but not by more than a sliver.

Chatter before the release indicated that many expected eBay to broadly best average expectations. It did not. According to the firm itself, it “had a great finish to an excellent year” in which it beat its own forecasts.

For the full year of 2012, the company’s revenue increased 17.8% to a total of $14.072 billion. Marketplaces, a key, growing eBay revenue source, provided $2 billion in revenue in the fourth quarter, which the company described as “record.”

eBay purchased $256 million of its own stock in the fourth quarter. The company ended the year with cash and equivalents in excess of $11.5 billion, giving the company a footing roughly equal to Facebook on the currency front.

The company, which has seen a dramatic rise in its share price over the last 12 months, was up under 1% in normal trading. Immediately following the announcement of its earnings, in after-hours trading, the firm is down more than 1%. Reaction appears to be mixed, as the company has been both up and down since its performance was announced.

PayPal, perhaps the most important part of eBay’s future, added 2 million accounts monthly in the quarter.

What follows is the eBay release:

SAN JOSE, Calif.–(BUSINESS WIRE)–eBay Inc., a global commerce platform and payments leader (NASDAQ:EBAY), today reported that revenue for the fourth quarter ended December 31, 2012 increased 18% to $4.0 billion, compared to the same period of 2011. The company reported fourth quarter net income on a GAAP basis of $751 million, or $0.57 per diluted share, and net income on a non-GAAP basis of $927 million, or $0.70 per diluted share. The increase in non-GAAP earnings per diluted share was driven by double digit user growth across the portfolio, strong gains in mobile adoption, and accelerating growth in the company’s Marketplaces business, reflecting a 19% increase in U.S. gross merchandise volume (GMV), excluding vehicles.

For the full year, revenue increased 21% to $14.1 billion, compared to 2011. The company reported net income on a GAAP basis of $2.6 billion, or $1.99 per diluted share, and net income on a non-GAAP basis of $3.1 billion, or $2.36 per diluted share. eBay Inc. enabled more than $175 billion of commerce volume (ECV) in 2012, representing growth of 18%. ECV is the total commerce and payment volume across all three business units consisting of Marketplaces GMV, PayPal merchant services net total payment volume and GSI global ecommerce (GeC) merchandise sales.

“We had a great finish to an excellent year, with fourth quarter results exceeding our expectations,” said John Donahoe, eBay Inc. President and CEO. “eBay Marketplaces in particular had a terrific fourth quarter, with growth in the U.S. accelerating three points, outpacing ecommerce.”

“Mobile continues to rewrite the commerce playbook, and we continue to be a mobile commerce and payments leader,” Donahoe said. “eBay mobile finished the year with $13 billion in volume – more than double the prior year – and PayPal mobile handled almost $14 billion in payment volume, more than triple the prior year. In 2013, we expect each to exceed $20 billion.”

“Web-enabled multichannel commerce is evolving quickly, and consumer shopping behavior is changing rapidly. Our focus is on being a global commerce leader in this new environment, connecting buyers and sellers everywhere, and being a preferred multichannel partner of choice for retailers and brands of all sizes.”

GSI revenue for the quarter increased 10% to $398 million driven primarily by a 17% increase in GeC merchandise sales. Same store sales grew 19% outpacing ecommerce. For the full year, GSI shipped a record 146 million units for its clients. GSI contributed revenue of $1.1 billion in 2012, as GSI continued to grow its relationships, investing and driving value to its clients through eBay Inc. technology solutions, including mobile app development, buy online and pick up in-store and mobile express checkout.