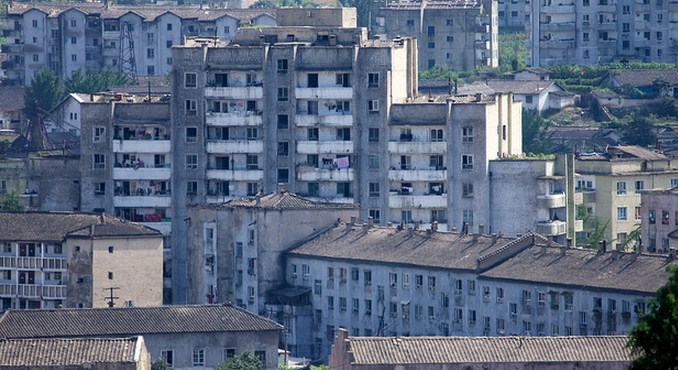 When news leaked that Google’s Eric Schmidt intended to visit the cloistered, starved country of North Korea, the United States government was not enthused. “We don’t think the timing of the visit is helpful, and [he is] well aware of our views,” said a spokesperson from the State Department.

He went despite the criticism.

Interestingly, according to his guide, former New Mexico governor and U.N. ambassador Bill Richardson, Schmidt appears to have been well received in the Democratic People’s Republic of Korea, as North Korea calls itself: “Eric Schmidt was like a rock star there,” noting that he spoke to many about the Importance of a free Internet.

As TNW reported some time past, in North Korea access even to a restricted Intranet is wildly difficult to come by; information is suppressed. Schmidt’s private trip, as one of the most public figures of a company that has broken down the walls between information and the average person, was a walking contradiction to the country’s policies.

From a crass political perspective, given that the United States made it plain that it wasn’t happy with the excursion, the venture could have a net positive effect; as the United States has absolved itself of imparting any larger meaning to the vacation, Schmidt could have perhaps impacted the country’s internal dialogue for the better without causing harm.

I can’t resist but share a short section of an essay by the late Christopher Hitchens on his visit to the country in 2001 [Formatting: TNW]:

North Korea is a famine state. In the fields, you can see people picking up loose grains of rice and kernels of corn, gleaning every scrap. They look pinched and exhausted. In the few, dingy restaurants in the city, and even in the few modern hotels, you can read the Pyongyang Times through the soup, or the tea, or the coffee. Morsels of inexplicable fat or gristle are served as “duck.” One evening I gave in and tried a bowl of dog stew, which at least tasted hearty and spicy—they wouldn’t tell me the breed—but then found my appetite crucially diminished by the realization that I hadn’t seen a domestic animal, not even the merest cat, in the whole time I was there. (In a Pyongyang restaurant, don’t ever ask for a doggie bag.)

Nobody knows how many North Koreans have died or are dying in the famine—some estimates by foreign-aid groups run as high as three million in the period from 1995 to 1998 alone—but the rotund, jowly face of Kim Il Sung still beams down contentedly from every wall, and the 58-year-old son looks as chubby as ever, even as his slenderized subjects are mustered to applaud him.

To have a billionaire technology magnate walking the streets and talking to the students must have caused quite the stir.