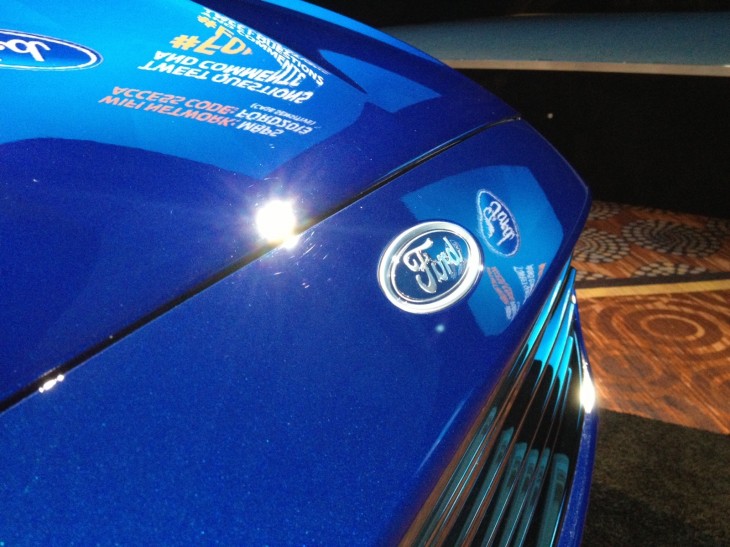 If the connected home is all the rage then the connected car is what’s next. We have seen limited offerings from a number of players, bringing apps like Pandora and Google Maps to the car but the scope has been small compared to the potential. Today at CES in Las Vegas, Ford has announced the availability of the Ford Developer Program, allowing app developers to interface with the company’s Sync system.

As is customary, the network will provide an SDK, but Ford promises that it will also offer technical support from its engineers all while building a community surrounding apps for Sync-capable vehicles.

That Sync integration allows for voice control of apps on both iOS and Android. Sync is not a new feature for Ford, having been first introduced in conjunction with Microsoft in 2007, with the first Sync-enabled cars touching the US market in 2008. But it’s had some issues, including flaky integration and a serious lack of app choices.

But Ford has not given up on the system, and in fact has placed serious R&D into making it work well. In 2011 the company announced that it would offer firmware upgrades via USB, brining new features to users who otherwise might not have had them in their older vehicles.

At the present time, Ford is focusing on three categories of apps:

We’ve seen offerings from Ford’s partners, such as Roximity for location-based in-car deals, and Pandora for music streaming. But the new developer program should open up a slew of opportunities for interested developers to stretch into Ford’s ecosystem.