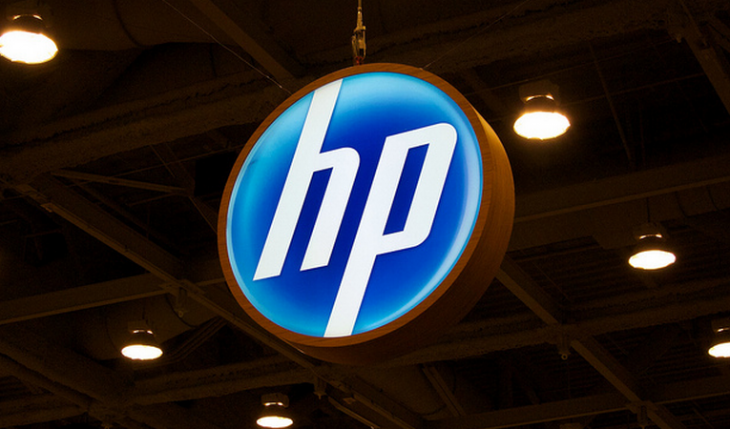 Today news broke through a filing that HP’s allegations against Autonomy, a company that it purchased for $11 billion, are under investigation by the Department of Justice (DOJ).

The revealing of the investigation indicates that the matter between the companies over claimed accounting fraud will likely be settled.

In response, Autonomy founder Mike Lynch has released a statement, pushing back against HP for what he claims are a lack of details. Key to his complaints is how much of the $5 billion write-down is related to the purported accounting issues.

TNW has pasted the statement below, with its key segments highlighted by our team. We’ll circle back afterwards:

It is extremely disappointing that HP has again failed to provide a detailed calculation of its $5 billion write-down of Autonomy, or publish any explanation of the serious allegations it has made against the former management team, in its annual report filing today.
Furthermore, it is now less clear how much of the $5 billion write-down is in fact being attributed to the alleged accounting issues, and how much to other changes in business performance and earnings projections. This appears to be a material change in HP’s allegations.
Simply put, these allegations are false, and in the absence of further detail we cannot understand what HP believes to be the basis for them.

We also do not understand why HP is raising these issues now given that Autonomy reported into the HP Finance team from the day the acquisition completed in October 2011, there was an extensive due diligence process and Autonomy was audited as a public company for many years.

We would particularly make the following points:

* HP’s CFO Cathie Lesjak and her team, plus a number of outside advisors, had access to all Autonomy accounts and documents from October 2011 onwards, and raised no issues.

* An independent, third-party valuation of Autonomy’s assets was carried out in January 2012.

* HP has continued to sell and account for hardware alongside Autonomy software in the same way that Autonomy did for the year since the acquisition completed.

* Regarding differences between IFRS and US GAAP accounting standards, which appear to have a role in some of the allegations HP has made, Autonomy’s accounting policies were made clear in Autonomy’s 2010 annual report.

We also note the statement in HP’s annual report that it received confirmation from the US Department of Justice on 21 November 2012 (the day after HP’s first public statement), that the Department had opened an investigation. We can confirm that we have as yet had no contact from any regulatory authority. We will co-operate with any investigation and look forward to the opportunity to explain our position.

We continue to reject these allegations in the strongest possible terms.  Autonomy’s financial accounts were properly maintained id [sic] in accordance with applicable regulations, fully audited by Deloitte, and available to HP during the due diligence process.

We remain deeply concerned about how this process has been conducted, and believe it is in everyone’s interest for it to be resolved as soon as possible.

There continues to be nearly zero wiggle room in Autonomy’s response. Their argument is as follows: We as a company have been audited for years to no negative report. You did your homework, extensively, on us before you bought us. Thus, to write down some $5 billion and not explain it is nonsensical.

The list included above of financial rigor checks, including the possibly damning first bullet point about access to Autonomy documents, makes HP’s case hard to grok, unless what Autonomy had on paper was simply false. If it was lying quite baldly, and getting away with it, then HP’s claims make sense.

However, it’s hard to not wonder if something has been lost in translation, as Autonomy hints: “Regarding differences between IFRS and US GAAP accounting standards, which appear to have a role in some of the allegations HP has made, Autonomy’s accounting policies were made clear in Autonomy’s 2010 annual report.” If HP simply didn’t understand how Autonomy structured its books, and they were in good keeping with IFRS, you almost want to whisper ‘caveat emptor.’

However, as HP hasn’t shared its hand, and the DOJ isn’t making noise yet, exactly who is in the right in the case is impossible to determine at the moment.

What we can say is that Autonomy’s Mike Lynch isn’t having any of it. Whether this is bluster, or honest outrage, will be something determined by the justice system.

Read next: Why so Curious? Foursquare partners with NASA on Curiosity rover-themed badge