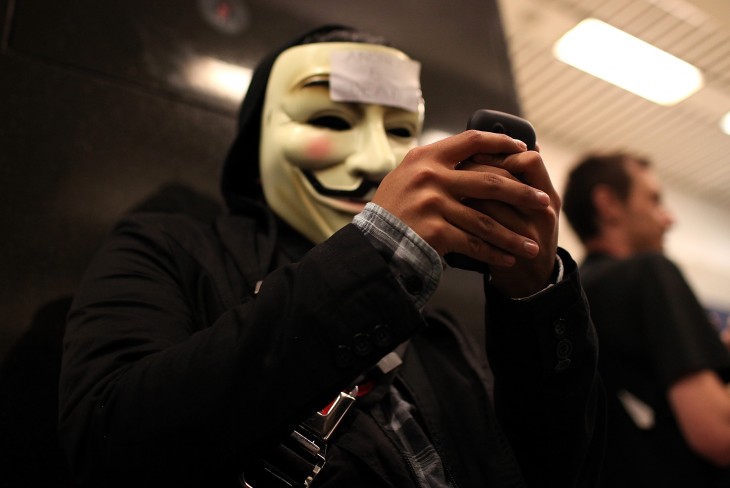 Some months ago I wrote about 5 geeks that are trying to save the world. The work these geeks do was so inspiring that I decided to continue my search and see which other geeks are doing their part to create a better future for all of us.

Unsurprisingly I was quickly able to track down 5 more geeks that are improving lives and picking up where society has left off. The following startups are improving our lives, saving them and addressing human rights. Let’s look at what problems they are trying to solve and how.

According to Yoav Lurie, founder and CEO of Simple Energy, the group is trying to solve the following problem:

“Simple Energy uses behavioral science and the tools of the social web to motivate people to save energy. Utilities pay us to help them meet their energy efficiency goals.”

Yoav told me that when they started they were focusing on hardware to manage energy consumption (like a thermostat). I’ve personally gone down that road and I can tell you it’s not fun. You get the energy monitor, hook it up, watch the kWh increase and decrease, make a few small changes, get bored and abandon it. The guys at Simple Energy realized that the “the real problem was not the hardware; but rather, that people just didn’t care.” And why would they? Who’s interested in counting kiloWatts per hour?

To solve this problem they have created a platform that makes saving energy engaging. You can win prizes, compete with friends, post achievements and get boasting rights. In return you also save energy and see your bills go down. As for the impact on the environment? If they could deploy the platform across the US they would be able to take 100 coal-fired power plants completely off the grid!

Of course this solution comes with its challenges. Although the energy companies have all the data, relationships and motives they still have the strongest requirements and a lot of checks in place to mitigate risk. This sometimes can ruin the user experience. Although the users cannot initiate the implementation of the tool, if you work for an energy supplier you should send out an internal memo.

Seeds is solving an important economic problem. As Rachel Cook, founder of Seeds, put it:

“We’re solving the problem of lack of access to affordable, easily accessible capital for entrepreneurs in developing counties – namely, Kenya to start, and eventually all over the world.”

To achieve this they’ve of course tapped into gaming and use metrics in order to send money directly to the cell phones of borrowers in and around Nairobi. While gaming is usually seen as a leisure activity and sometimes even as a waste of time, Seeds is using the 3 billion hours spent per week playing games worldwide toward a highly productive end that will help people. Whether you are playing their game or a game that uses their API, every in-game purchase you make provides capital to micro loans.

This is social gaming.

Rachel got interested in micro loans when she read about the effects they’ve had with women around the world while working as a Stock Trader. Working in a sexist environment and having seen what opportunities are available to improve the world she left and went on a global expedition to identify what she could do to help. When she later found out that the average social gamer was a 43-year-old woman, and the biggest purchasers of virtual gold in World of Warcraft are women over 35, she clearly made a connection. The result was Seeds, a startup helping women in a for-profit context.

We’ve all read how micro loans can turn around people’s lives, so start playing and help get people out of poverty.

Imagine being a doctor in an operating theatre. While operating and staying completely sterile, you realize that you need to go over some notes. You now have two options. Option 1, go out of the room, access the information, memorize it, clean up and go back to the room (a process that can take 20 minutes each time you need to look something up!!). Option 2, put touch screens inside the room and risk sterilization. Neither sounds like a good solution to an important problem. Here’s the solution that TedCas has created:

Minority Report interfaces for doctors? I’m in! According to Jesús Pérez-Llano, CEO of TedCas:

“Only in the States 2M people get Hospital Acquired infections every single year and what is worse, almost 100,000 die every year (only in US)! Any effort we can do to reduce these terrible numbers is worth it. Moreover, avoiding MDs to have to go out of the Clean Room in the middle of an intervention is important for the patient safety”.

Jesús came up with the idea while working on an interface for retail stores that customers could use from a distance (e.g. behind a shop window). When a friend of his who is an MD saw the implementation, he said that this had to be used in clean rooms in hospitals. And the rest, as they say, is history.

I’ve seen different implementations for “Minority Report”-esque interfaces but what’s usually neglected is the implementation costs and affordability. Using the Kinect, TedCas has created a solution that can immediately start saving lives.

Caitria O’Neill, CEO of Recovers, had to help her community recover in the aftermath of an EF3 tornado that ripped through her neighbourhood in Monson, MA. She and her sister built a rough system to help the town coordinate local aid and recover from the disaster.

“It seemed so simple – if you make formalized tools for community level organization, and get them to communities ahead of disasters, you can avoid the two week learning curve and inefficiencies.”

Caitria explained to me that the problem they are solving is three-fold. First of all, large aid organizations can’t manage spontaneous volunteers, accept unsolicited donation items or stay there forever. It’s down to the local organizers to step up and match the resources to the needs, without having any training or tools. They solve this problem by providing a tool-kit specifically for local mutual aid that does not require training.

Secondly, “all disaster interest is front loaded. People are interested in helping for about a week, then interest declines, and the area has only the resources people dropped off to meet the next five years of recovery needs.”

They solve this problem by putting the system in place ahead of a disaster. This way if an unfortunate disaster happens, everything is set to meet the needs. Lastly, people don’t like to think of and prepare for disasters. The solution this time is the creation of a platform for residents that helps them reduce risk and give clear instructions in an emergency situation (this last part will be piloted in January 2013).

I’ve personally experienced the disastrous earthquake that hit Athens, Greece in 1999 and have seen how inefficient recovery efforts can be. The first few days are usually handled by the communities and having the right tools in place is essential. Recovers is trying to get everyone prepared and whether the town we live in is prone to natural disasters or not, it’s better to be safe than sorry.

I left one of the big ones for last. My last interview was with Kosta Grammatis, founder of A Human Right. If you are reading this article, you’re using an electronic device and have access the Internet from it. Most of us spend much of our day online and Internet access has become so ubiquitous that we’ve completely forgotten that some people can’t and have never been online.

Kosta told me that “more than half of the world’s population, billions of people, can’t get online.” What’s even more shocking is that “even in America there are 69 million people who don’t have access to the Internet – that’s the combined population of the entire West Coast!”

What Kosta discovered is that this doesn’t affect just rural America. In Philadelphia, 40% of households can’t get online. They instead have to go to the library to do basic things like pay their bills, find jobs, learn online and gain access to government services.

Kosta owes his past success to access to the Internet, which makes him so passionate about the project. While being seen as a terrible student at school, thanks to access to information online he was able to excel in the engineering program he was attending, win research competitions and move on to win one of TIME Magazine’s Best Inventions for the bionic eye that he built.

According to Kosta, he owes it all to the Internet. What moved him was the story of a young African boy that was able through sheer passion and ingenuity to re-invent the technology behind the windmill in order to power a small lamp to read more at night. When this boy later appeared at the Daily Show and was asked “have you ever heard of Google?”, he replied “what animal is a Google?”

Kosta wonders what this boy would have been able to achieve if he had basic access to the Internet.

To solve this problem, A Human Right will start by launching a project in the United States that will give millions of Americans a small supply of free Internet access. If someone needs more they just buy it, and after a certain quantity of access is sold, they will be able to build a network in a remote location in the world, allowing even more people to get access. The full list of projects run by A Human Right can be found on their website.

Armed with a big dose of optimism, Kosta is working to change behaviours and convince executive management to back his efforts. Access to the Internet can completely change a person’s life and has truly become a human right. If this project succeeds millions and maybe even billions of lives could be affected.

Geeks can’t stop inspiring me. The projects above can have such an important impact on our lives that it makes you optimistic for our future. While we observe the old systems collapse on themselves, these young entrepreneurs are actively working to save and improve lives on a global scale. If you are a geektivist, let us know in the comments!

Read next: As Facebook joins the NASDAQ-100, both RIM and Netflix are dropped