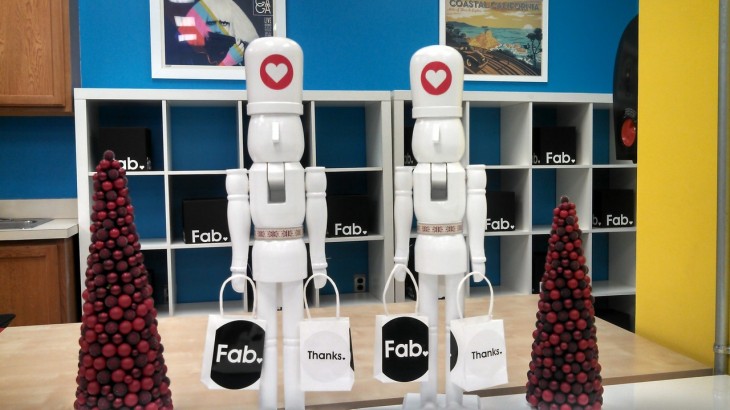 In a curious blog post, Fab founder and CEO Jason Goldberg detailed that his company plans to pivot “towards a new model that [it is] not yet ready to reveal publicly.”

Back in early 2011, Fab shuttered Fabulis, its gay social networking service, to pivot into a design flash sale site. That transition went quite well, but since then, the company has slowly shifted into an “everyday design retailer. Goldberg calls that change Fab’s second pivot.

Now, it seems its third is already underway.

As for what changes are coming, nothing official has been announced, but Fab explains that its pivot “will be gradual,” and that it will focus on “delivering the best customer experience in the world for discovering everyday design. We’ll offer even more unique products supported by an even better experience.”

That last sentence is key, as it appears that Fab is teasing its plans to slowly move beyond its heavy focus on niche, artistic and design-y products, into the wider category of consumer goods — possibly in competition with giants like Amazon. At least, that’s what Goldberg seems to suggest.

Conversely, considering how Fab has continued to dip its toes into social, a greater focus on products like its Pinterest-esque Live Feed could be on the way.

Fab has experienced rapid growth as its founders continue to avoid stagnation — or even sticking with something because it works — instead taking risks as the company evolves.

Read next: Facebook for iOS gets faster News Feed and Timeline, lets you choose an album when uploading photos