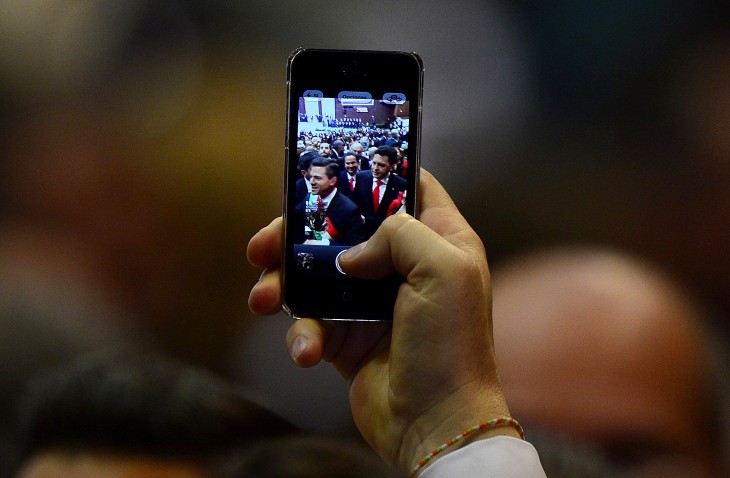 Mobile advertising and monetization platform, Tapjoy, has announced it has crossed the 1 billion devices milestone. Translated, this means that there are a lot of devices activated and connecting to the service.

During a time of what it calls “unprecedented growth and competition in the mobile advertising space”, Tapjoy believes that more consumers are engaging with  the platform in order to gain access to premium content to cool apps. Whether it’s watching a video, subscribing to a service, installing an application, or participating in some other way, Tapjoy is taking a new approach to advertising so it’s no longer about the uninteresting banner ads anymore.

Steve Wadsworth, the President and CEO, says the 1 billion achievement is just the beginning: “As our advertiser and developer partnerships continue to grow, this number will continue to skyrocket and further cement Tapjoy as the global leader in mobile app discovery and monetization.”

Just this year alone has seen considerable activity from the company. Just a couple weeks ago, it named Wadsworth, a former Disney executive, as the man in charge. At the same time, it’s previous president, Mihir Shah stepped away from the company’s Board of Directors. He had received some criticism over the company’s strategy to circumvent Apple’s prohibition of incentivized ads — that being linking to external HTML5 websites that offered incentives. The company also launched its “Tapjoy Asia Fund“, which is a $5 million fund designed to support development and marketing of free-to-play type mobile games on botht eh Android and iOS devices.

But the growth kept coming as Tapjoy says that within the last eight months alone, it had added more than 500 million new devices to its network. Definitely not bad for a platform that gives advertisers an incredible reach across more than 73,000 applications. To date, the company says it has 110 million monthly active users and has partnered with Apple, Facebook, Google, Yahoo, and many other social and mobile platforms.

About 75% monthly active users are from outside the United States, but Tapjoy believes that there is more opportunities out there. It cites an example in China where the company has connected with 44 million mobile devices in July alone, but only a small fraction of the huge Chinese market.

Ted Pollak, a senior gaming analyst from Jon Peddie Research, says that this milestone “illustrates the trend we’re seeing in mobile apps as developers, content owners, and ecosystem competitors around the globe support in-app commerce as the surest way to monetize apps.” For many apps out there, advertising is the most common way to raise some revenue to support the business. However, there are quite a few competitors that could easily knock the wind out of Tapjoy’s proverbial sail. Efforts by Flurry, Kiip, W3i, Super Rewards, Google, Apsalar, Mobclix, and others could potentially affect how Tapjoy progresses.

Tapjoy has raised over $70 million in venture capital from the likes of InterWest Partners, North Bridge Venture Partners, Rho Capital Partners, J.P. Morgan, and others. It is also a bit of an international company, having offices not only in San Francisco, but also in New York, Los Angeles, Chicago, Santa Barbara, Atlanta, Boston, Paris, Dusseldorf, London, Beijing, Shanghai, Seoul, and Tokyo.