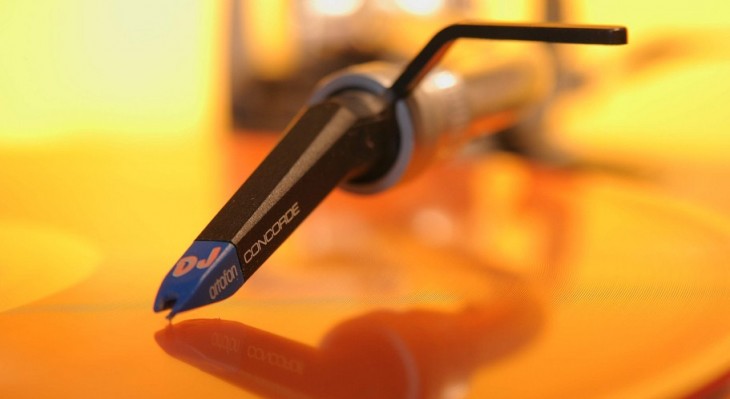 If you were planning on listening to music while reading this post, this is the required soundtrack.

Today RumbleFish, a music licensing company that allows for the quick and simple legal integration of soundtracks into video, announced an extension of its Friendly Music product, in conjunction with Audible Magic, to greatly expand its ability to allow individuals to pair tunes to picture.

However, to better understand what today’s announcement means, a bit of context is helpful.

RumbleFish started as a company that wanted to license music to bigger shows, such as The Sopranos and Mad Men. However, the firm ran into a simple lack of demand for that product. As Paul Anthony, founder and CEO of the company told TNW, “We built this beautiful online music licensing store, but when we launched it we could hear the wind whistling through it.” Long story short, the company built it, and they didn’t come.

The market for licensing music for bigger productions is in fact more an old boy’s network than you might expect. All told it has roughly 10,000 players. Deals are made very much over handshakes and, brace yourself, faxes, than through a brand new Internet portal with a limited library.

In that early iteration, what RumbleFish had built was restricted to a total of 20,000 tracks. It simply didn’t have the content or market stature to succeed.

Quickly, ‘synchronization licensing,’ or ‘sync’ for short, is the licensing of music into movies. The company then turned around to create something that it called MicroSync, a name for licensing music for social video. RumbleFish decided to chase the lower dollar, but higher volume world of homemade video, and other shorter clips that constitute much of YouTube and other such services.

Microtransactions for music was a gamble, but as content ID applications became better, and more widely used, to sniff out and can videos that contained copyrighted, and not properly licensed video, the market matured properly for the product to succeed.

The idea of MicroSync was to put music, legally, into millions of videos, instead of chasing the placing of music into a few productions for millions. Paul told TNW that when his firm first started in this direction, the market was a “green field,” granting them a comfortable first mover period.

Friendly Music is the name of RumbleFish’s product that allows anyone online to quickly find a song via mood sorting, license it, and get it into their video clip for just a few dollars. The value proposition for users is simple: either pay a small fee and get the right track for your video, or face an eternity of dodging copyright watchdogs.

RumbleFish now does more than that, allowing different services to provide a small selection of music to their users for in-app usage, for which the service pays a fee. But the key elment of the company’s business, which we’ll unpack shortly, is the ability to get tunes into clips in a way that is kosher.

That takes us to today and the expansion of the Friendly Music platform, in partnership with Audible Magic, to every video provider online that wants it. That list could include Facebook, or Vimeo for example. In short, RumbleFish has built a toolset similar to what it has long provided to YouTube users, and is offering it up to the rest of the market.

As an aside, why would a video network care to ensure that its users are not employing copyrighted music, illegally? Well, if that network wants to run ads, it doesn’t want to play them against content that contains unlicensed music. Why not? Well, if it did, the video network would be directly profiting off of piracy. That’s no good, from a legal perspective.

In the view of RumbleFish, giving users the ability to improve their video content, and at the same time be able to run ads against legally licensed music is key, as it could help them compete with YouTube, which has such tools in place.

YouTube has in place a strong content ID capability, to ferret out what is fine, and what is not. Audible Magic provides that service to everyone who is not YouTube. Thus, by partnering with them, RumbleFish can open a door that has long been closed to amateur videographers: easy access to music.

This new blend of content ID and music rights that the companies are offering to other video platforms is now live. The feature has been released without a major launch partner. The company told TNW that a number of major websites will be using the service in the next 6 to 12 months. Specific names were not mentioned.

YouTube, as it turns out, is but 40% of the online video market, according to services such as comScore. That means that there is ample viewership out there for Audible Magic and RumbleFish to target.

From the perspective of artists, what the two firms are building is a way to monetize their music more completely. This is especially true for smaller artists who could never land a big deal to get their tracks into a film or show, but who might land a number of smaller deals that help them get back into the studio, for example.

According to RumbleFish, the company is already paying millions of dollars to artists on a yearly basis. The company is currently licensing tens of thousands of tracks per day. With a library of 1.5 million songs, that’s not too surprising. Assuming that RumbleFish can land several of the large video networks in the next year, that number could spike.

It’s been my personal view for some years now that micropayments tied to granual content are the future of monetization online. That’s the bet that RumbleFish is making. We’ll see if they are right soon enough.